Ethiopia's Sidama people have voted in favor of autonomous rule by a huge margin. The result may inspire other groups to push for autonomy in Africa's second-most populous nation. 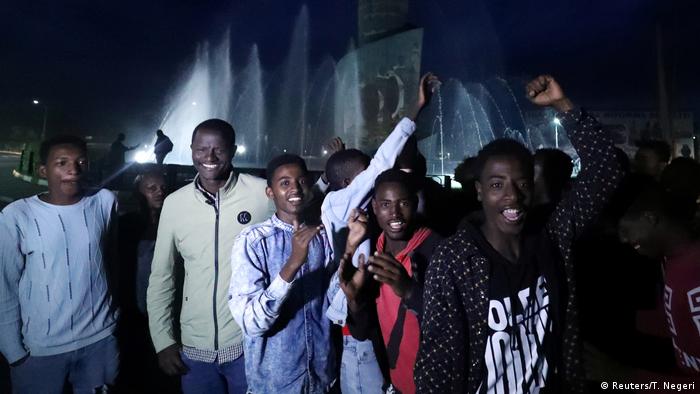 Residents of Ethiopia's Sidama zone voted in favor of a new federal region, with about 98.5% choosing autonomous rule, the country's electoral board said on Saturday. Voter turnout was 99.8%.

The official preliminary results of a referendum held on Wednesday were released by the deputy head of the National Electoral Board, Wubshet Ayele, in the regional capital, Hawassa, about 200 kilometers (125 miles) south of Addis Ababa.

"The November 20 polls was peaceful and didn't have major logistical challenges, although in some places there were larger than projected queues of voters," Ayele said.

By creating their own federal region, the Sidama — Ethiopia's fifth most numerous ethnicity — hope to regain control of land resources, political representation as well as to reaffirm their cultural identity.

Ethiopia's Sidama zone, home to about 4 million residents, is part of the country's Southern Nations, Nationalities and Peoples' Region (SNNPR), home to over 40 ethnic groups.

For decades, the Sidama have been longing to break free from the SNNPR and gain regional independence, a right enshrined in the constitution. But years of autocratic rule had failed to fulfill this provision.

Saturday's result paves the way for the Sidama region to become Ethiopia's 10th state, but it also could act as inspiration for other ethnic groups keen to carve out their own region.

Prime Minister Abiy Ahmed said the move was an "expression of the democratization path Ethiopia has set out on."

Ethiopia, once one of Africa's most repressive nations, has been undergoing rapid changes since Abiy was appointed last year, promising to forge a more open society.

Last month, Abiy won the Nobel Peace Prize for his political reforms and for making peace with Eritrea.

Ethiopia is grappling with unrest after a quarrel between premier Abiy Ahmed and media mogul and former ally Jawar Mohammed. The fresh unrest could pose a new challenge to the country hit by ethnically-tinged conflicts. (25.10.2019)