Opinion: Egypt is synonymous with hopelessness 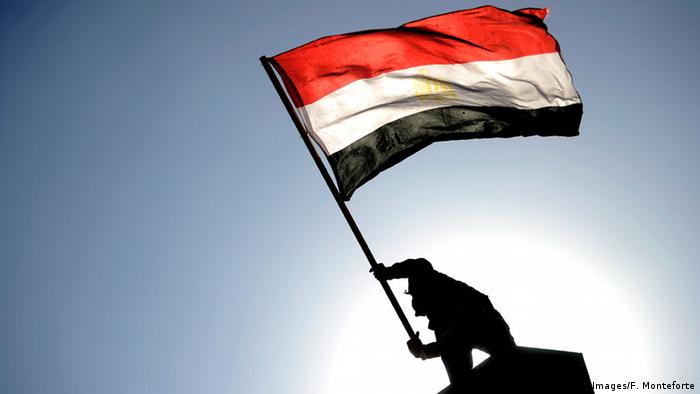 The rays of hope have all but dissipated 10 years after the revolution in Egypt.

On the night former Egyptian President Hosni Mubarak stepped down in February 2011, I left Tahrir Square late while the celebrations continued. I took a microbus home. The driver wanted to increase the regular fare, exploiting his passengers traveling late at night.

The euphoria was palpable. The passengers urged the driver not to raise the fare. They argued for a new Egypt with no avarice and no favoritism; an Egypt where justice prevails. The driver complied, and we did not pay extra. I, too, believed hope was born that day. I daydreamed of breaking out of the cage of corruption. The Arab Spring had arrived — but didn't last long.

On a hot summer's day in Cairo in 2013, Abdel Fattah el-Sissi — then minister of defense — appeared on TV calling on Egyptians to take to the streets and mandate him to fight against potential violence. El-Sissi was referring to the rule of Mohammed Morsi, and his Muslim Brotherhood. Everyone was glued to their TV sets, listening to the general. It was the calm before the storm.

As a woman who believes in personal freedom, and as a journalist who believes in freedom of expression, I did not support the rule of the Muslim Brotherhood. They curtailed our freedoms and pushed the country into extremism. El-Sissi's words were the precursor to military rule.

A few months later, I passed a checkpoint on foot with my child. The officer searched me thoroughly. My child looked at the officer with a fearful smile and asked "What are you searching for? A bomb?"

It was only my child's imagination. They were interested in other things than bombs. It was a camera in my bag. The officer questioned me about the camera. He scanned the photos on it. Then he gave me a sarcastic look and let me go home. 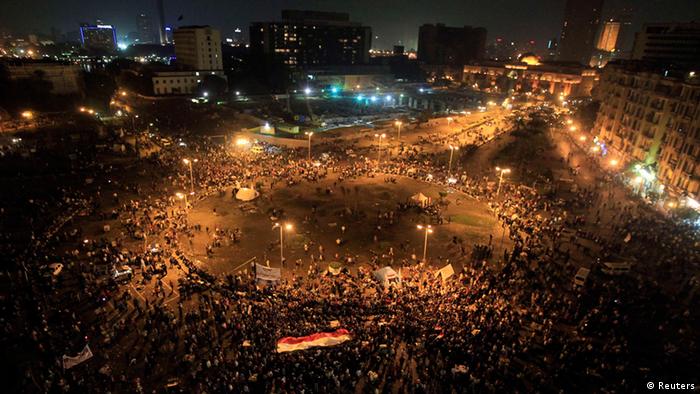 For many Egyptians, Tahrir Square symbolized the hope for a better future

The scene that lasted several minutes horrified me. I envisioned all the scenarios some of my colleagues had experienced, many of whom had been arrested. One was taken onto a microbus, beaten and taken away for interrogation. Another was detained while doing his job as a photojournalist. Still, that plight is nothing compared to the many cases of enforced disappearances, torture and imprisonment.

Events like this have recently picked up again. Police check people's phones on the streets. They look at their social media, private photos and contacts, searching for any indication of dissent. People go to prison for a Facebook post, a TikTok video or a T-shirt sporting the words "No Torture." The government regulates the news it wants to read through text messages to journalists. Serious journalism is dead. In el-Sissi's Egypt, life itself has become heavily censored and every Egyptian is a potential prey.

Ghosts of the Arab Spring

In every chat with my friends who still live in Egypt, I ask, "How is Egypt?"

That question always triggers sentimental answers. Nothing is the same. Politics is once more a taboo. It seems like Egypt is suffering from a collective depression. Most Egyptians have nothing to look forward to. The hardest answer for me is that Egypt is much worse now than before the revolution.

Every trace of the revolution has been excised. The famous Tahrir Square is no longer the symbol it once was. Any visual memory of our struggle has been erased. In the state narrative, the 2011 revolution is the origin of all evil: we are traitors, and criminals. They are wiping out history and retelling it anew. As for us, all we have left are our memories. We can't forget.

The 10th anniversary of the protests is a painful reminder of our failure. None of the aims we pursued has been fulfilled: no bread, no freedom and no social justice. Instead, we live with austerity, oppression and injustice.

Illusions have been shattered

Leaving the country, I was forced to leave a part of me behind. I left Egypt in anguish, carrying my own and our defeat in me. But I am one of the luckier ones. The unlucky ones are either dead or in prison.

Alaa Abdel-Fattah, the imprisoned activist, described us best when he wrote, "I'm the ghost of the spring past." That was in March 2019, after his release from prison where he had spent the past five years. Six months later, he was arrested and imprisoned again.

I had no dreams left when I departed. No illusions of a stable homeland, or of being able to work as a journalist, or to be able to live under a rule of law that applies to everyone. Criticism is not tolerated; satire is a crime, and having an opinion is a sin.

Egypt is now synonymous with hopelessness. The memory of what could have been is fading, and, yes, Abdel-Fattah is spot on: We are ghosts of a spring past.

*To protect the author's identity, DW has used a pseudonym

What would a 'Marshall plan' for Ukraine entail? 5m ago

Opinion: Climate justice must be more than a promise 10h ago