Opinion: ECJ ruling is a slap in the face for the EU

The European Court of Justice has declared the data transfer pact with the US invalid. The court’s decision was long overdue, says DW's Martin Muno as he looks at the consequences of what the judges had to say. 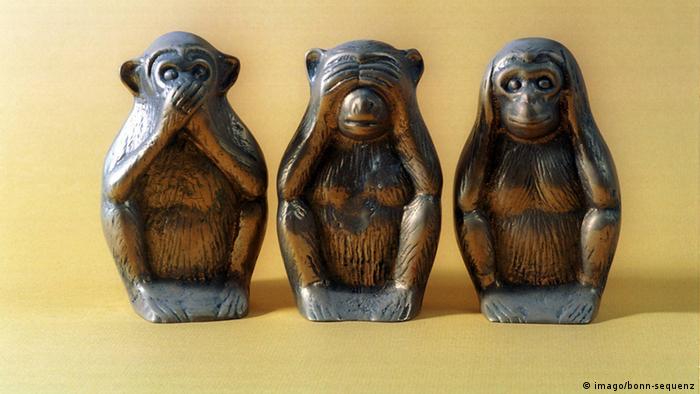 When it comes to negotiations concerning civil rights, the European Union is like the proverbial three monkeys: It sees no evil, hears no evil and speaks no evil. Just look at the data transfer pact known as "Safe Harbor."

Fifteen years ago, the European Commission decided that the US was a safe place for personal information to be stored. They thought sufficient protections were in place to guard any data that could be used to gather information on a specific person. The fact that there had never been any comprehensive laws passed regulating data protection was conveniently ignored. The EU let itself be satisfied with a few vague commitments from the approximately 4,400 companies involved. Evidence of said commitments wasn't required - the authorities in the US were hardly checking and their EU counterparts weren't doing so at all. 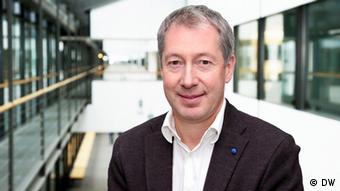 This Safe Harbor agreement was, until now, the legal basis for the daily flow of data across the Atlantic. Mind you, we're not only talking about Google searches or banal Facebook status updates. The data in question includes a lot of what we store in our smartphones, such as the fingerprints that we use to unlock our devices.

The agreement was a farce

At the very latest, it became apparent that the agreement was a farce once Edward Snowden leaked all of those NSA documents. Snowden made it public that the intelligence service NSA had virtually unrestricted access to people's data. By that point, a number of data protection officials - not least of all the EU commissioner responsible for the digital single market, Andrus Ansip - had realized that something was amiss. But were there consequences? None! Nil! Nada!

The 27-year-old Austrian Maximilian Schrems refused to accept this and sued his way up to the European Court of Justice. Now the court has ruled so clearly in his favor that its decision can only be seen as a slap in the face of anyone who supported Safe Harbor.

But the court's verdict isn't only important because a 15-year-old agreement about personal data was exposed as absurd. It's also important because the EU and the US are negotiating a new Safe Harbor pact. And according to the word on the street in Brussels, those negotiations are nearing completion. The ECJ judges have now raised the bar much higher for any new agreement, maintaining that fundamental rights also have to be respected in the intercontinental exchange of data. Their decision was an endorsement of Article 8 of the EU Charter of Fundamental Rights. Users of data (basically anyone reading this article) should be grateful.

In a far-reaching verdict that could affect companies such as Facebook and Google, Europe's highest court has ruled that a pact that allows data transfers between the US and EU as invalid. Was it the right decision? (06.10.2015)

In a far-reaching verdict that could affect thousands of companies such as Facebook and Google, Europe's highest court has ruled that a 15-year-old pact that allows data transfers between the US and EU is invalid. (06.10.2015)

Former US President Bill Clinton released from hospital 3h ago