Cologne’s xenophobic assaults on Muslims are disgraceful. But DW's Shamil Shams feels that they just show how Germans feel increasingly threatened by a culture that is not compatible with their norms. 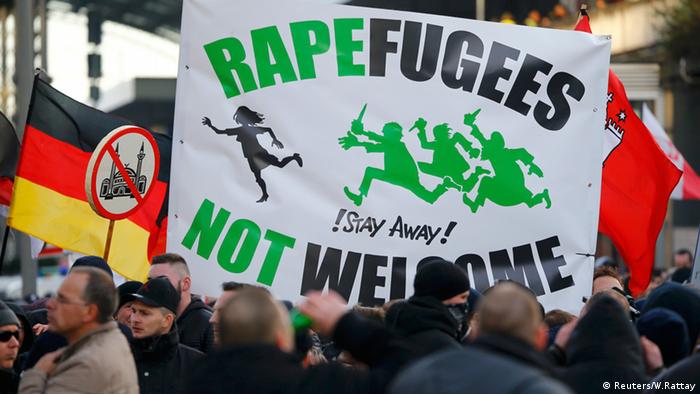 As a Pakistani journalist working in Germany, I have been very skeptical about the German government's decision to allow thousands of refugees into the country without much scrutiny of their backgrounds.

Of course, I am empathetic towards the plight of the people who are fleeing war-torn countries like Syria, who are facing immense oppression and violence at the hands of Islamic militants as well as President Bashar Assad. I understand their woes, the pain of losing their loved ones, their homes and livelihoods in a civil war that continues to ravage the once peaceful country.

But at the same time, I was sure that the migrants' influx would ultimately disturb the harmony and balance of German society. I feel that Islamic culture and European norms are not compatible.

Most Germans have responded to the refugee crisis with exemplary humanism. My European friends got angry when I warned them against Chancellor Merkel's migrant-friendly policy. I found it very naïve that many Germans believed that all Middle Eastern and South Asian refugees would conform to their way of life and values. I told my friends that their understanding of the Muslim world was limited and flawed. They didn't pay much attention to my arguments.

My worst fears came true when hundreds of young men allegedly from Middle Eastern and North African countries sexually assaulted German women in Cologne on New Year's Eve. Many say it was a pre-planned attack, as the Muslim men groped and touched the women's private parts shamelessly. And now the Germans are finally debating whether it was a good idea to be so open to embracing people from alien cultures.

Actually, I never felt more ashamed in my life. 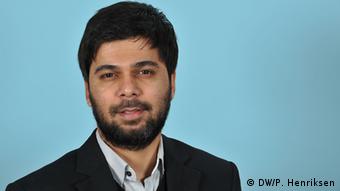 I am a person from a Muslim background who has been living in Germany for many years, and have always been treated with respect and humility. I have always felt safer in Germany than in Pakistan. I have many German friends and I never felt alienated in the society.

But the New Year's Eve assault made me realize that I, too, in a way feel responsible for the heinous act: What happened in Cologne happens regularly in my homeland, Pakistan. The men are never ashamed, never feel guilty, never show remorse about the way they treat women in that part of the world.

The men who sexually harassed girls in Cologne were not demented; they knew what they were doing. And I am sure they did it with absolute contempt for the European culture, its norms and its people.

Now we see a backlash from the far-right German groups. On Sunday evening, a group of 20 people attacked six Pakistanis and a Syrian national near Cologne's central station - a place where I have often walked freely even after midnight. Some people were seriously injured and had to be taken to hospital. The German media described the attackers as "bikers, hooligans and bouncers." It was a shameful and reactionary act, but what else would you expect from the right-wing groups?

The attackers might be politically motivated, but their fear can not be ignored.

German society is changing, with right-wing Christian as well as Islamic groups getting stronger by the day. It is an alarming situation for the majority of secular people in Germany and Europe.

If the German government wants to protect the country's secular foundations, it must increase checks on the people it intends to integrate into its society. Integration is not only about learning the German language.

I know many Muslims who have been living in Germany for decades, speak fluent German, yet they harbor deep resentment against secularism and Western values.

The rise of Salafism in Germany has given more impetus to right-wing movements in the country. Pegida is just one example.

What happened on New Year's Eve could change the way Germans live and treat foreigners forever. The government must make sure this doesn't happen.

And I, as a foreigner, also have a responsibility in this regard.

The assaults and harassment of women by groups of young men of Arab or North African descent have hit Cologne like a bombshell. The shocking incidents are a turning point for German society, says DW's Volker Wagener. (06.01.2016)

US strikes in Syria kill top 'IS' leaders 2h ago

Germans using too much gas, could face emergency later authorities warn 5h ago

Joe Biden pardons anyone convicted of marijuana possession 5h ago