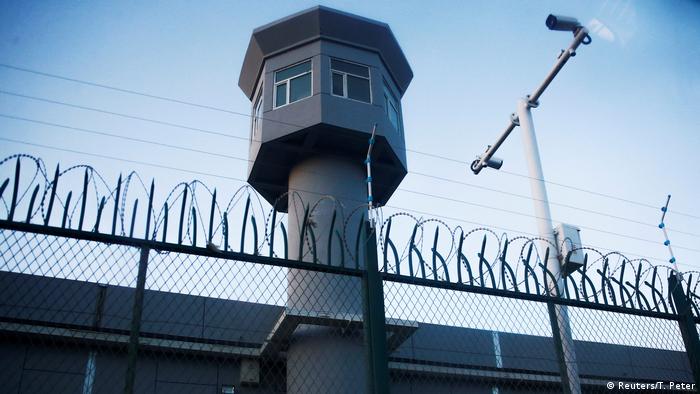 The data leak known as the Karakax list has added to the evidence that the Chinese state is violently "re-educating" the Turkic Uighur minority in the semiautonomous northwestern region of Xinjiang. Bit by bit, the world is learning the full extent of the monstrous surveillance and internment apparatus, which China's government had attempted to pass off as an effort to fight religious extremism.

"Misdemeanors" — contact with relatives abroad, fasting during Ramadan, having "too many" children, wearing a veil or even having a beard that an administrative officer finds too long — is all it takes to end up in the detention centers that China's government internally refers to as "re-education camps" without a trial. Over 10% of Uighurs have been interned at some point.

The leaked list reveals the amount of information that the surveillance apparatus gathers on individual Uighurs, as well as the state-of-the-art technology and policing methods, and the number of informers who have been enlisted. The climate is one of state terror. As during Chairman Mao's Cultural Revolution, when tens of millions of people were persecuted, China's Communist Party is attempting to control all aspects of Uighur life — precisely the definition of totalitarian rule.

National authorities are attempting to remove all traces of the Uighur identity. Mosques are destroyed, ancient cemeteries are leveled and turned into parking lots, towns that have grown over centuries are demolished in the name of "modernization." Uighurs are even in danger of losing their language. The totalitarian rulers want to turn them into Han Chinese who love the party and especially its leader.

Officials in China like to invoke the painful and humiliating experiences of oppression by colonial powers. Yet in its treatment of Uighurs in Xinjiang, the central government has become the brutal colonial ruler.

Article 4 of China's constitution prohibits all forms of discrimination; Article 36 guarantees freedom of religion. However, that would only matter if China were a constitutional state in which citizens could seek remedy for violations of their rights in court. But the rule of law has been drastically cut back since Xi Jinping became general secretary of the Communist Party in 2012 and president of China in 2013.

The era of total control in Xinjiang began when Chen Quanguo became the party's secretary for the region in 2016. Prior to that, Chen had spent five years keeping Tibet quiet — it was there that he first tried the methods of suppression that he has perfected in Xinjiang.

Xinjiang is strategically important to the People's Republic. The region has oil reserves comparable to Iraq's. One-fifth of China's oil and gas production occurs in the region. Xinjiang is essential to President Xi's signature transnational infrastructure project, the Belt and Road Initiative, also known as the New Silk Road. The new trade routes and investment flows converge in Xinjiang.

China's government has sought partners for the Belt and Road Initiative in the European Union. Italy's government has already signed a memorandum of understanding. But cooperation in the initiative must be linked to verifiable standards in dealing with the people who live along the route. Cultural genocide in Xinjiang would prohibit any such cooperation.

Authorities should ask themselves whether they wish to forge ahead with contracting Huawei to supply equipment to construct Germany's 5G network. Company officials assert that Huawei operates independently of China's government. Still, it would be best to remain wary.

China must pay a price for its violations of human rights. The fact that the Karakax list was leaked at all is cause for hope: Even in a repressive system, there are people willing to take great risks to oppose drastic measures.