Opinion: Brexit, Trump and Francois Fillon | Europe| News and current affairs from around the continent | DW | 28.11.2016

Republican presidential candidate Francois Fillon can triumph over the right-wing National Front. He is also likely to become a difficult partner for the German government, writes DW's Barbara Wesel. 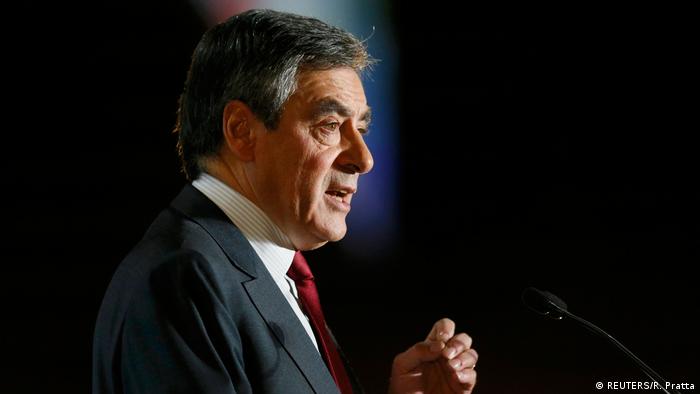 It's surprising that the conservatives took so long to nominate Francois Fillon. The former prime minister seems to be a tailor-made presidential candidate in the current French political climate: he is socially conscious yet conservative, a dedicated Catholic, a critic of Islam, a patriot with a nationalist touch and a supporter of radical, neo-liberal economic reforms.

The ultra-conservative from the provinces

Unlike his rival, political revenant Nicolas Sarkozy, Francois Fillon does not depend on desperate attempts at developing a right-wing profile. For the primary winner, it was not necessary to fish in National Front (FN) leader Marine Le Pen's right-wing waters because he innately appeals to many voters in a country that has deeply conservative social segments.

These segments are made up of people who passionately share Fillon's commitment to family, Christianity and conservative values. They include citizens who traditionally despise a left-liberal political agenda in which gay marriage and multiculturalism feature prominently. They want a president with an iron hand who restores peace and order in a country that feels threatened by terrorists and social turmoil.

Fillon caters to precisely those trends, which are currently guaranteeing success in elections across the country: a national-identitarian rhetoric which depicts Islam as a hostile influence and praises French values and traditions.

Many French people continue to yearn for a father figure - a political savior acting in the tradition of post-war president Charles De Gaulle. It's all about nostalgia politics - the sentiment that triggered Brexit in the UK and the election of billionaire Donald Trump in the US. The underlying notion is people's desire for a past which had definite boundaries, clear values and simple judgments. It harks back to an era in which French citizens residing in their provincial towns still felt like the masters of creation. This political rhetoric only boosts right-wing populist, authoritarian policies.

Fillon, after all, makes promises to the French he can't keep, including control over poorly integrated Muslim citizens, as well as a resurgence of traditional values. He also vows a return of the "great nation" to the world stage, combined with economic reforms that provide the country with jobs and prosperity.

Walking in Margaret Thatcher's footsteps, he threatens to implement a kill-or-cure process of political and economic reform in France. Given that the UK is still suffering from Thatcher's "slashing" policies today, the candidate will, hopefully, be able to come up with more intelligent concepts after being elected president.

Fillon and his love of Putin

As opposed to FN, Fillon does not champion the destruction of Europe. He does, however, share with Marine Le Pen a questionable love of Russian president Vladimir Putin. Thus far, the male bonding between the Moscow leader and the conservative French candidate seems to defy any explanation. As president, Fillon is likely to thwart German Chancellor Angela Merkel's policy that aims to contain Putin's desire for territorial expansion. In addition, he intends to return ill-fated Syria to its dictator Bashar al-Assad and create unrest in Eastern Europe.

And finally, when it comes to refugee policy, the Frenchman gives the impression that he won't be a welcoming partner but rather an opponent who will not show solidarity. The best thing that can be said about Francois Fillon at this point is that he'll probably be capable of defeating FN. Apart from that, his primary campaign does not inspire much hope, neither for liberal democracy nor Europe.

Francois Fillon won the first round of the conservative primary. It was an unexpected victory for the former prime minister. Who is the man who wants to be France's next president? (21.11.2016)

Francois Fillon clearly won the first round of the France's Republican presidential preliminaries. It's no wonder, for the French conservatives have discovered a worthy candidate again, writes DW's Kersten Knipp. (21.11.2016)