Opinion: Brandt must leave listless Leverkusen to fulfill his potential

Julian Brandt was one of the only Germans to emerge with any credit from the World Cup and his ability is clear. But he's stagnating at a club lacking direction and a move would do him good, says DW's Matt Pearson. 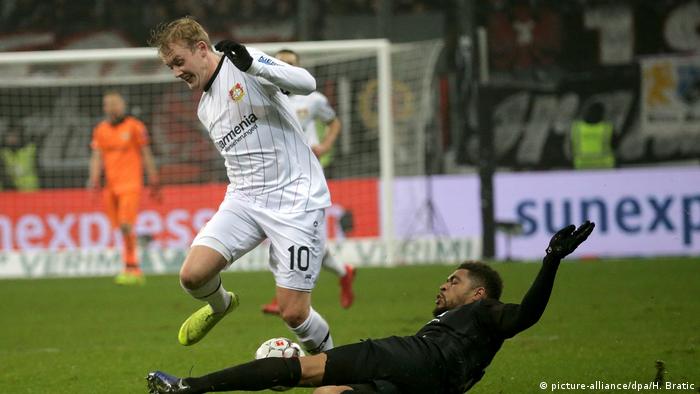 With his side a goal down and an injury forcing a break in play just before half time, Heiko Herrlich summoned Julian Brandt over to the touchline. What the Leverkusen boss said was unclear, but Brandt looked confused before making a few comments of his own. They did not appear to be utterances of agreement.

Whatever pearls of wisdom Herrlich had to offer, both to Brandt and the rest of his players, they didn't work as Leverkusen fell to a 2-1 defeat to Eintracht Frankfurt that leaves them closer to the bottom of the table than the Champions League places.

The Germany winger was less culpable than the majority of his teammates but after a bright start, where he twice showed fine footwork before testing Kevin Trapp in the Frankfurt goal, his influence waned. Once Leverkusen went behind to Danny da Costa's 28th minute strike, the whole side slumped and Brandt was no different. It was particularly telling that he ended up at right back before being removed with five mintues remaining and an equalizer still required.

A brief fightback after Herrlich went gung-ho following Filip Kostic's second didn't amount to more than a Karim Bellarabi strike, and it's becoming increasingly clear that the confidence of both Leverkusen and Brandt is far too fragile to breed consistent performances.

For flair players like Brandt that confidence is a critical commodity, and the nature of his club isn't helping him improve. In fact, it's difficult to think of a single Leverkusen player who has enhanced his reputation this season, with the exception of Kai Havertz.

Herrlich hasn't imposed a style in the way that Adi Hütter has at Frankfurt and few of his enviable collection of attacking players have really fired. Both Brandt and Leon Bailey have scored just once in the league this season, while Kevin Volland is top scorer with just five goals.

When Joachim Löw named Brandt in his squad for Russia, it was clear he was ahead of Leroy Sane and Serge Gnabry in the pecking order of young German wingers, though Gnabry also had some injury concerns. Both now appear to be above Brandt in Löw's thinking. 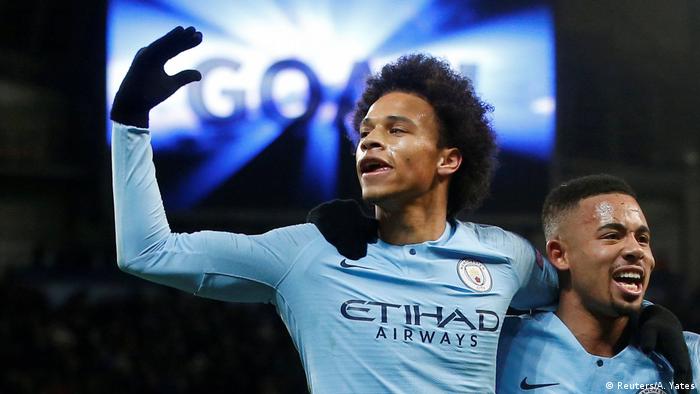 Both of those players have kicked on this season in a way that Brandt simply has not. Sane has a goal involvement every 64 minutes in the Premier League and Gnabry every 105 minutes while settling in at Bayern. Brandt's figure this term is 273 minutes (or three full games) per goal or assist.

A significant chunk of that disparity in output can beb attributed to playing in stronger sides under coaches with a track record of improving players.

With a gap of 10 points to Leipzig in fourth and Leverkusen having failed to string more than two consecutive league wins together all season, can Brandt really afford another season outside the Champions League?

That, of course, is a question for him. Brandt has only ever played for the Werkself and may very well feel a strong sense of loyalty as a result. But a player of his class surely shouldn't be playing in the bottom half of the Bundesliga without a goal or assist since October.

By the end of this season, Brandt will be 23, approaching the time where players expect to peak. It's difficult to see him reaching the heights of which he appears capable at a club who appear content to drift.