Opinion: Attacking out of self-defense

German Defense Minister Ursula von der Leyen has gone on the offensive after another Bundeswehr scandal. She may have broken a taboo, but it had to be done, says DW’s Marcel Fürstenau. 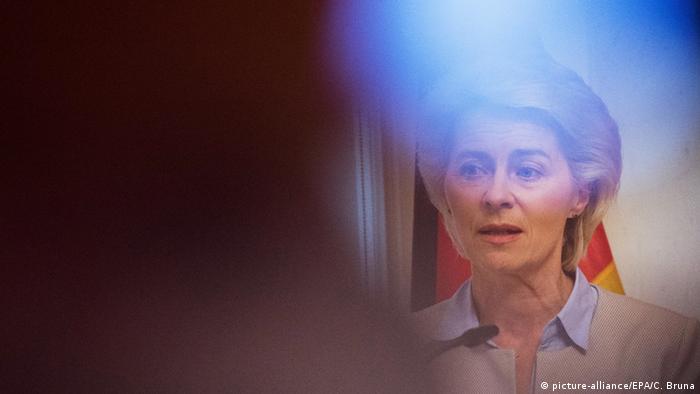 Sexual assaults, right-wing ideology, degrading training methods - judging from the headlines, the Bundeswehr appears to be a depraved, inhumane organization. But no one knows how bad the situation really is. Not even the woman at the top: Ursula von der Leyen. So is this a serious case of leadership failure? Probably not. Since taking over this traditionally difficult office, von der Leyen has never shied away from making unpopular decisions.

She had barely taken up the post when she fired Stephane Beemelmans and Detlef Selhausen, the secretary of state for procurement and head of the procurement department, respectively. Their dismissal was prompted by the failed Euro Hawk drone project, which von der Leyen had inherited from her predecessor Thomas de Maiziere. As a newcomer, she demonstrated a decisiveness unlike any of her male predecessors. She followed up that move by hiring a consultant from McKinsey to fill Beemelmans' shoes. Unorthodox, but the message was clear: I'm in charge here!

The rules that apply to the civilian side of her office also apply to the military side. Reports about serious misconduct in the Bundeswehr have rarely gone without consequence. Most recently, it was the head of the army’s training program, Major General Walter Spindler, who got to feel the effect of the minister's iron will. According to media reports, von der Leyen lost her patience with him, blaming him for failing to properly investigate misconduct by military trainers. And now, there's her open letter "to all members of the Bundeswehr." 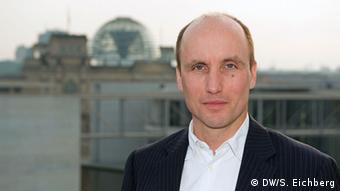 Once again, von der Leyen has opted for an unconventional response. Does that mean it is the wrong one? We can argue about the form. But clearly, from her perspective, all other attempts at internal communication have failed to bring about the desired results. In the face of a continued lack of discipline and loyalty among top and mid-level leadership, the boss will at some point decide to fire a final warning shot. It has been fired - what we're hearing now is the expected echo.

Bold move with a lot at stake

But has von der Leyen recklessly stuck the knife into her own troops? No! If anything, she's showing them that she has their backs. Closing her eyes to abuse out of a misplaced sense of esprits de corps is something the defense minister refuses to do. And since this is the very thing she is convinced has happened all too often among army leaders, she has decided to take the bold step of publishing an open letter.

It's a courageous maneuver, because it involves a high degree of personal risk. Her decision to call off her trip to the United States is directly related to the cloud of scandal surrounding her troops. Von der Leyen has made the right decision, because the threat on the homefront is simply too great. The battle lines have been drawn, and her future is at stake. Sometimes, going on the offensive is the best form of (self-) defense.

A Bundeswehr lieutenant had a Left party Berlin lawmaker on his alleged list of intended targets, German media reported. Riddles remain as to how the soldier received refugee status using a Syrian alias. (30.04.2017)