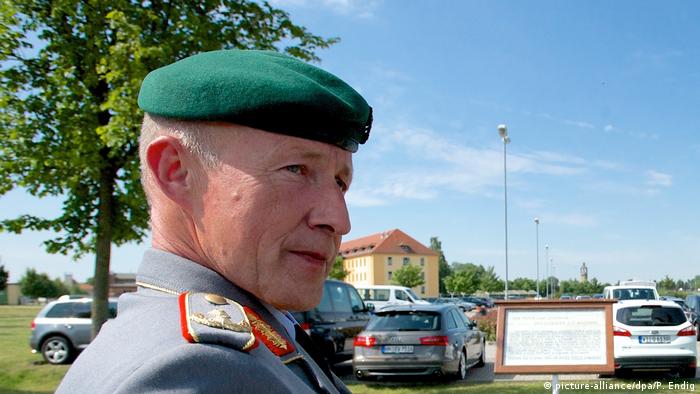 The persistent reports of brutal hazing rituals, sexual humiliation, and bullying in German military training have now taken down a senior figure in the German army. Major General Walter Spindler (pictured above) has been relieved of his post at the head of the army's training, the Defense Ministry confirmed this week.

The decision came as the 63-year-old Spindler was accused of failing to properly investigate a new case of misconduct by military trainers at a barracks in Sondershausen, eastern Germany.

According to a report in "Der Spiegel," several soldiers at the barracks registered complaints about the punishments and verbal abuse meted out by two staff sergeants. The trainers were accused of calling new recruits "genetic garbage" and forcing cadets on long runs to the point of physical exhaustion. Local Sondershausen residents are even said to have reported the trainers' strange behavior.

Despite the repeated complaints - and a fine of 1,500 euros ($1,640) imposed on one of the sergeants - it apparently took until this year for Spindler's team to investigate. There was some suspicion that the team deliberately obstructed further investigations and gave the parliamentary commissioner for the armed forces the impression that there were no problems. 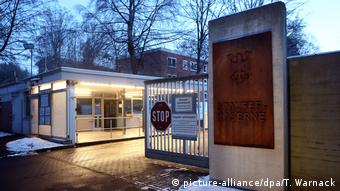 One scandal too many

The latest revelation seems to have tested von der Leyen's patience to a breaking point. Similar scandals have appeared in official Defense Ministry reports in recent months, most notoriously at a barracks in the southern town of Pfullendorf, where a female trainee was forced to strip and perform a pole dance. As with the Sondershausen case, the woman's complaints were left unheeded for several months.

The minister's decision won immediate praise from some MPs on the German parliament's defense committee - particularly those who, like von der Leyen, are also members of the governing Christian Democratic Union (CDU).

"The verbal lapses of the trainers concerned are unacceptable, completely outdated and have no place in our armed forces," said the CDU's Gisela Manderla in a statement emailed to DW. "Tough and challenging soldier training should not be in contradiction to the guiding principles of the inner leadership and respectful and comradely cooperation. Every member of the Bundeswehr must be aware of that."

Rainer Arnold, a Social Democrat member of the committee, was less forgiving, arguing that Spindler's sacking came too late. "This is the third time that the training command under [Spindler's] responsibility has whitewashed serious incidents," he told DW.

But opposition parties were harder still on von der Leyen. "It's not enough to replace individual people - the whole political will to educate needs to be reinforced," said the Green party's defense spokeswoman Agnieszka Brugger. "The Defense Ministry must now ensure that brave soldiers who report abuse can trust their superiors and the proper complaint channels."

In fact, the ministry had already announced plans to restructure training schemes in the wake of the Pfullendorf scandal. Last month, von der Leyen promised a "holistic approach" to military training. 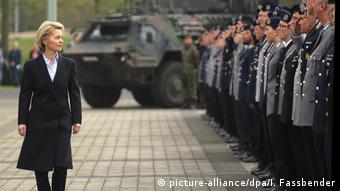 "We've seen that there's a whole series of structural problems," Arnold said. "A lot of soldiers don't dare to report things or report things much too late. The investigations so far always ran vertically, questions were asked from the top down, and answered from the bottom up, and everything seemed to be okay - but investigations need to happen across the hierarchy. We have to ensure that those responsible for troops don't just sit at a desk, but have their ear close to the soldiers."

The German army is currently struggling for new recruits as it turns from a conscription army into a modern volunteer force, and Spindler himself was due to retire later this year. But Arnold dismissed the suggestion that a generational gap might have contributed to his failure to follow up the abuse. "The experience of the last few years shows that dealing with such things can be bad both among old and young soldiers," he said.

The ministry has commissioned a prominent criminologist, Christian Pfeiffer, to compile an independent report into bullying in the army. For his part, Pfeiffer suggested recently that he suspected that the cases reported so far were only "the tip of the iceberg."

"That's just my general experience," Pfeiffer told DW. "This is the case in all areas where abuse takes place - typically 15 or 20 percent of cases are reported. The majority always stays unknown and in the dark, because the victims don't report it, for whatever reason."

Pfeiffer, who has conducted similar surveys in the police force, is embarking on a three-year investigation of abuse in the German military. "We will look at the last one thousand official complaints, and we will interview all the victims that filed those complaints. Then we will approach about 20,000 soldiers with an anonymous online questionnaire and ask them about their experiences. That is routine. We do this kind of research all the time."