One tiny company is wrecking the American solar industry – why? | Business | Economy and finance news from a German perspective | DW | 19.05.2022

A small US solar panels manufacturer is pushing for high tariffs on imports. This threatens the Biden administration's climate goals and the industry as a whole. 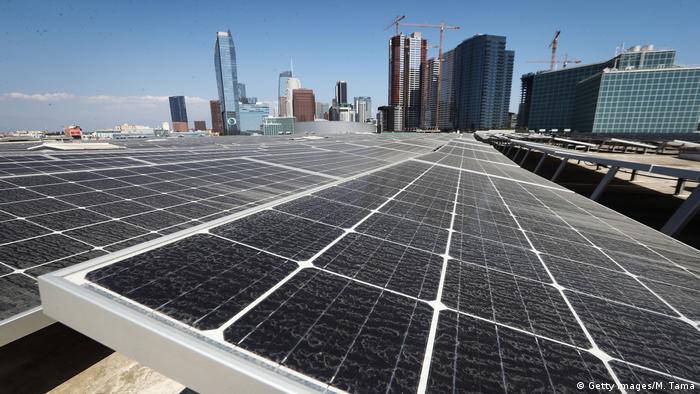 The American solar industry is on its knees, and the unlikely culprit is one tiny, struggling company you've probably never heard of.

Auxin Solar is a solar panel manufacturer based in San Jose, California. It supplies just 2% of America's solar modules.

Yet a petition filed by the company to the US Department of Commerce in February could be responsible for severe disruptions to future solar installations in the US — cutting them nearly in half this year and next, according to the biggest solar trade group in the country.

Auxin Solar's petition prompted the department to launch a probe into whether US solar companies are skirting decade-old tariffs on Chinese solar imports. Solar installers, which compose much of the US industry, are threatened with tariffs up to 250%.

Critically, levies may be imposed retroactively on installers' purchases — a possibility that is grinding the American solar industry to a halt.

The company at the center of the crisis for American solar was practically unknown until February when it filed its petition.

Founded in 2008, Auxin Solar claims an annual production capacity of 150 megawatts, though co-founder and CEO Mamun Rashid told the Wall Street Journal that the firm is currently operating at 30% capacity.

The company has been under financial stress for years. Rashid said he cashed out his investment and sold his beloved Porsche to keep the manufacturer going. Auxin Solar did not make Rashid available for comment despite several calls and emails.

"We have available capacity and with sufficient purchase orders, we can quickly scale up. But we need a fair price that allows us to cover our costs and pay our employees a fair wage," Rashid told the Financial Times. 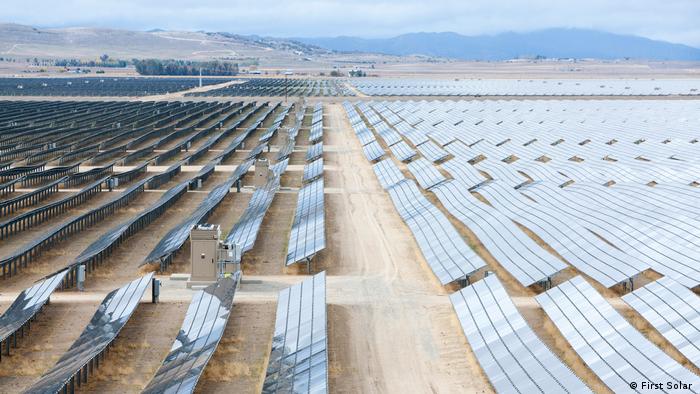 The Commerce Department launched the probe in April, investigating allegations by Auxin Solar and other US manufacturers that American solar installers are circumventing tariffs on Chinese solar products.

Firms are accused of using suppliers in Southeast Asia that are essentially fronts for Chinese manufacturers.

Back in 2012, the Obama administration imposed tariffs on Chinese solar imports in order to help domestic production. But instead, manufacturing moved to Southeast Asian nations like Malaysia, Thailand, Vietnam and Cambodia. The US now receives over 80% of its solar panels from these countries, according to the Solar Energy Industries Association (SEIA).

Industry killer or savior? Rashid told the Washington Post "it's an existential moment for us." Auxin Solar cannot compete with Chinese and Southeast Asian manufacturers, but the CEO claims the petition is not just for his own company.

"I'm here to try to create a foundation for reshaping the entire solar supply chain, because I believe very strongly that renewable energy will dominate our grid and solar will be the dominant renewable energy."

On the other side of the debate are solar industry leaders, renewable energy advocates and a bipartisan group of US lawmakers, who emphasize the damage these tariffs could impose on the industry. The research firm Rystad Energy dropped its 2022 solar capacity projections for the US from 27 gigawatts before the announcement of the probe to less than half that — 10 gigawatts. Meanwhile the SEIA warns the tariffs threaten 100,000 industry jobs.

Ortega of Rystad Energy said that "coal plants scheduled to retire in the next two years are already postponing their decommissioning dates over fears of solar capacity not coming online in time to meet the electricity generation these plants are supplying."

The pushback on Auxin Solar has been intense — to the point of harassment, according to Rashid. Some critics have questioned the motives of the company, as well as the prospects of its survival even with the tariffs imposed.

As for the legitimacy of Auxin Solar's claims, Mary E. Lovely, senior fellow at the Peterson Institute for International Economics in Washington, D.C, told DW that we would have to wait and see what the Commerce Department probe finds.

However, she noted that the allegations "are entirely plausible," as Chinese companies have set up shop in Southeast Asia in response to other Trump-era tariffs.

Auxin Solar is not without its defenders in the industry. A policy vice president at First Solar, the largest solar panel manufacturer in the US, told the WSJ that clearly some companies "are afraid that the department will find that Chinese solar manufacturers are, in fact, engaged in circumvention and will hold them accountable for their unfair and unlawful trade practices."

The chaos has revealed a serious tension in the Biden administration's agenda.

A carbon-free electricity sector by 2035 is a key pillar of Biden's climate plan, but confronting Chinese trade practices has also been a consistent desire of the administration, especially under the supply chain pressures of the pandemic and the Russian war in Ukraine.

The question the Commerce Department must consider is whether or not solar panels and cells assembled in Southeast Asian countries are "substantially transformed" from inputs coming from China.

According to Lovely, if the department rules in Auxin Solar's favor there could be ramifications beyond the solar industry.

"There is a chance to set a precedent that could be dangerous," she said. It could lead to "tariff claims on a whole bunch of other goods made with Chinese inputs across Asia, and possibly even goods made in the United States."

The United States, the European Union and India are all slapping tariffs on Chinese solar panels, accusing Beijing of dumping. Does this trade war risk killing the nascent solar power industry?