According to information provided by the Federal Employment Agency, the number of children dependent on state welfare rose by 30,000 in 2015 compared to the previous year. The worst-affected areas were Bremen and Berlin. 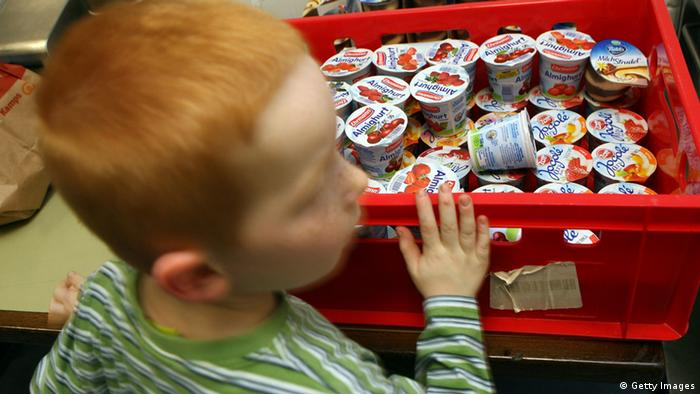 The figures, published on Tuesday, were part of a data analysis by Left party Bundestag parliamentarian Sabine Zimmermann, to coincide with International Children's Day on June 1.

According to the figures provided by the Federal Employment Agency, 1.54 million children under the age of 15 were dependent on Germany's "Hartz IV" long-term unemployment benefits in 2015 - some 30,000 more than in 2014.

In some regions of Germany the situation was worse than others, particularly in the city-states of Bremen and Berlin, where almost one in three under-15s were reliant on Hartz IV benefits by the end of 2015. In Saxony-Anhalt, figures stood at 21.8 percent, and at 20.4 percent in Hamburg. The least affected area was Bavaria, where 6.5 percent of children relied upon Hartz IV.

Discrepancies were also found between eastern and western German states, with 20.3 percent of children in the former East receiving Hartz IV benefits. Figures for the former West Germany stood at 13 percent. The steepest increase since 2014 was logged in Bremen, at 2.1 percent. Small reductions were seen in Brandenburg and Saxony, however, where figures fell by 0.7 percent. 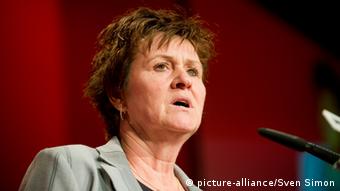 Zimmermann said the government had slept on a longstanding problem

Zimmermann, the Left's spokeswoman for labor market policy, said that the real underlying issue wasn't the children's poverty, but rather that of their parents.

"The huge number of children on Hartz IV reflects the still-strained labor markets in many regions, which still have too few jobs and low wages," she said.

She accused Germany's governing coalition on Tuesday of doing too little to address a longstanding problem. In an effort to combat child poverty in Germany, Zimmerman said the base rates allowed to children (which vary depending on their age) should be increased.

Flat rate for the long-term unemployed

"Hartz IV" welfare payments were introduced in 2004, replacing a previous system for the long-term unemployed that took past working history into account. Instead, a flat fee is paid per adult, currently 404 euros (roughly $450) per month, with additional smaller allowances for other members of the household, inlcuding children. The rates were recently raised at the order of the Constitutional Court.

The measure is praised and reviled in almost equal measure, lauded by some for for cutting unemployment and boosting the German economy and lambasted by others who say the terms are too harsh and can perpetuate people's poverty.

The Left party - successor to the East German communist party - has previously declared the abolition of "Hartz IV" as one of its main political goals.

Germany's labor minister has drafted a bill which seeks to cut social benefits for foreigners from other EU countries. The proposal also includes a loan for a ticket home for those blocked from welfare in Germany. (28.04.2016)

After 10 years, the 'Hartz IV' unemployment reform still divides Germany. While it is credited with cutting unemployment and boosting the economy, some on the left feel it was too hard on the long-term unemployed. (31.12.2014)