′One in five fish linked to illegal activity′ | Environment| All topics from climate change to conservation | DW | 28.01.2015

'One in five fish linked to illegal activity'

The EU has imposed sanctions on imports from Sri Lanka's fisheries after the country failed to curb illegal fishing. Tony Long of The Pew Charitable Trusts tells DW how new technology can help ports tackle the problem. 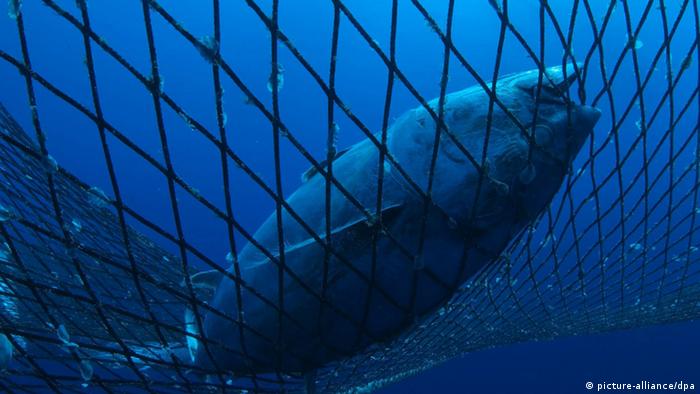 The European Union has given Sri Lanka a "red card" for failing to take steps to combat illegal, unreported, and unregulated (IUU) fishing. The trade restrictions mean EU member states' fishing vessels won't be able to operate in Sri Lankan waters, and Sri Lanka won't be able to export fish to EU countries.

Deutsche Welle: Why has Sri Lanka been red-carded now?

Tony Long: Sir Lanka was one of eight states yellow-carded in 2012. It has been in constant dialogue with the EU since then and has clearly failed to make the shift away from the problems the EU has highlighted. It needs to control very clearly the vessels using its ports. When you consider that 74 million euros of imports come into the EU from Sri Lanka, it's very important that we know where this fish is being caught.

What impact will the red card have?

It's going to have a big impact on Sri Lanka. They obviously lose the ability to export their fish to Europe. European vessels won't be using Sir Lankan waters to fish in either until this changes. What we've seen with other states that have been red-carded is that they have been quite pleased in the long-run because it has allowed them to place resources where they are needed in order to change their practices. So it is a very powerful tool and we expect this to really shift the needle with Sri Lanka.

Going back to 2012, there are 17 states that received a yellow card and then worked closely with EU to avoid a red card. Only three have actually gone on to get a red card in addition to Sri Lanka - Belize, Cambodia and Guinea - with Belize actually having that red card removed because they've shown better practices. So I think it's a very important tool to make people focus on what they should be focusing on and make sure these important markets are kept open to them. 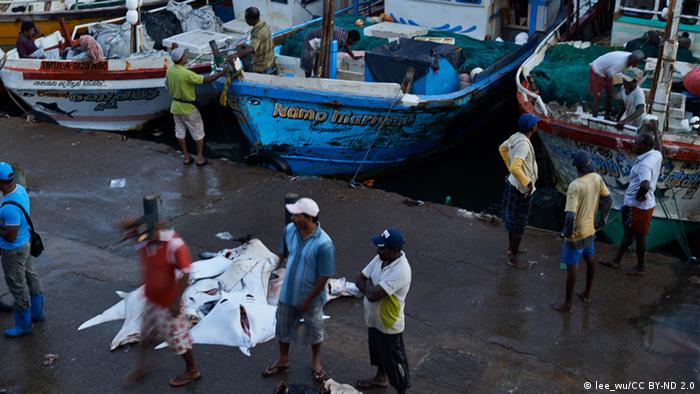 Fishing provides a livelihood for communities around the world, but illegal fishing can have a devastating impact on stocks

How big a problem is illegal fishing globally?

It's extremely difficult to measure but the best estimate we have indicates that one in five fish [on the global market] is linked to illegal activity, which equates to 23.5 billion US dollars (20.7 billion euros) worth of fish.

What is the environmental impact of illegal fishing on such a scale?

Because we don't know what kind fish is being caught, scientists can't make proper assessments about the state of the stocks. And before we know it we're in a spiraling situation as people exploit these fish stocks to the absolute limit and in many cases overexploit them. So it's very important that we understand what's being taken out of the water in order to provide proper data for those who want to fish responsibly.

There's a food chain in the ocean, if you disrupt one species, you're going to have impact on the others. So whether you are fishing shark, or whether you are fishing tuna as a high-value stock, or indeed the smaller fish, anything that's overfished that upsets the system is going to have a negative impact. And because the oceans are so vast people tend not to see this. It's beyond their horizon. They tend to see fish very much as a commodity. If someone offered you a meat pie, the first thing you would ask is what kind of meat it is. Well, you can be offered fish pie and people tend not to ask the same question. Fish is an abundant source of protein and it will last forever if it's looked after properly. But the indications are that we're not looking after it properly.

Who is carrying out the illegal fishing? 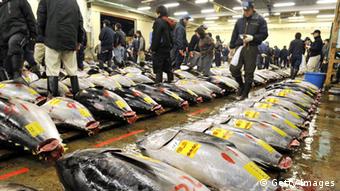 It's an incredibly wide spread of activity. In some cases it's broadly honest fishermen just taking advantage of a situation of patchy surveillance and enforcement. At the other end of the scale there are those who are out there actively fishing illegally. There are some examples at the moment in the Southern Ocean, like Thunder, a vessel which is on the Interpol list, is fishing illegally, and is extremely difficult to deal with. These big poachers are are taking complete advantage of the situation, meaning that the legal fishers are left at a disadvantage - they have additional costs and can't fight against these big organized illegal fishers.

Project Eyes on the Sea brings together layers and layers of information in one place in such a way that enforcement officials will find it useful. In the prototype system we have proved it to get to the point of fines being issued, and indeed paid, which is the important thing. The data is going to be shared equitably, so the idea is that any port in the world can get the information on a vessel coming into their port - effectively a red, green or amber light. If a vessel is coming in, we can identify that vessel and help the port understand whether it should be inspected.

What else can be done?

With more interest from consumers now, retailers like Metro Group - a huge retailer within Europe dealing with 1.2 billion euros worth of fish a year - are interested in proving to consumers that they are sourcing fish reliably. Placing commercial pressure on the ports and fishermen so that a retailer will not buy fish from a vessel that cannot show where it has been or what it has caught will really change the situation.

There are other things, like the United Nations Port State Measures Agreement. When nations sign up to the agreement, they're agreeing to turn away people who are believed to have been involved in illegal fishing. So there are some very practical ways of changing the situation that will only hit the illegal fishers and won't hit those that are behaving honestly - in fact it will help those that are behaving honestly because they can stand out as good actors that sell prime fish.

Tony Long is the director of The Pew Charitable Trusts' campaign against illegal fishing.

WildLeaks: a whistlebower platform for poaching and wildlife crimes

Many witnesses of poaching or other wildlife crimes remain silent, fearing retribution. An anonymous whistlebower platform aims to change that. The WildLeaks project is turning information into action on the ground. (27.08.2014)

The EU Commission has proposed bans on fisheries imports from Cambodia, Belize and Guinea, accusing them of failing to curb illegal fishing. Three other nations have been reprimanded and might face sanctions next year. (26.11.2013)

Biodiversity across the world is in danger from the increased severity of natural disasters. But organizations are stepping in to protect ecosystems; they hope preserving them can also help protect communities. (18.02.2014)