Biodiversity across the world is in danger from the increased severity of natural disasters. But organizations are stepping in to protect ecosystems; they hope preserving them can also help protect communities. 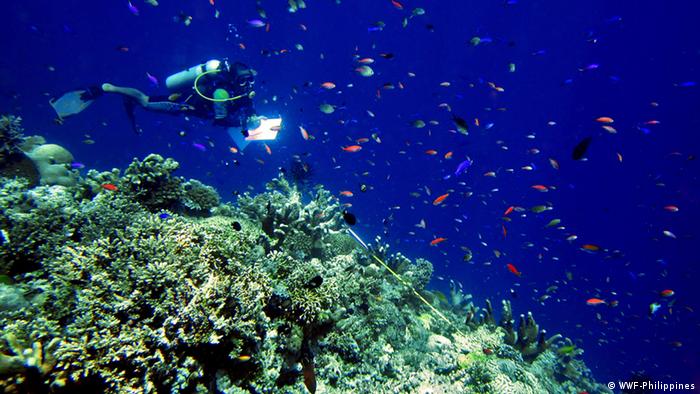 Walls of rushing water surge over beaches, slamming into jetties and wooden houses and overturning boats. Under the waves, the water churns and bubbles stir up sand as debris crushes fragile coral structures.

It's November 2013 and super typhoon Haiyan is destroying lives across the Philippines. One of the biggest typhoons ever recorded, Haiyan killed thousands of people – and destroyed ecosystems, such as some of the country's coral reef structures.

"It is like a freshly deforested jungle…from horizon to horizon, a mass of overturned corals and coral rubble," said Gregg Yan, communications manager at the World Wide Fund for Nature in the Philippines (WWF), referring to the impact of super typhoons such as Haiyan on coral reefs around the archipelago.

"It's really horrible because not even dynamite fishing does that much damage," he added. 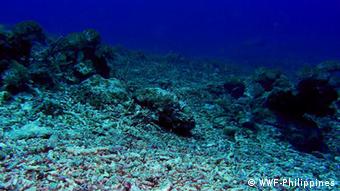 Rushing water and debris stirred up by super storms, such as Haiyan, crush the coral reef off the coast of the Philippines leaving coral rubble

In the Philippines, the WWF is working on projects based around the Apo Reef off the Filipino island of Mindoro and the Tubbataha Reefs off Palawan island to protect the reefs from overfishing and exploitation, making them better able to recover from storm damage.

Apo Reef – the largest reef in Asia and the second largest contiguous reef in the world – covers 34 square kilometres and hosts more than 200 coral species. It creates fish biomass to the equivalent of 76 tons per square kilometer, and as such is an important source of food for the Philippines, which has a population of more than 100 million people.

"The population is growing…and so the most pressing concern is how to feed them," said Yan. "Given the spike in population and the fact that climate change effects like storms are wreaking havoc on terrestrial food production systems like farms and rice fields, we have realized that the best way to feed the Philippine population is to look to the sea."

However, the WWF says much of the reef in and around the Philippines is rated as being "fair" or "poor", with just 1 percent of the country's reefs being classified as in "excellent" condition and therefore, very productive.

To combat this, the WWF is working with the Philippine government, airline Cebu Pacific Air and coastal communities to protect the two most productive reefs, establishing monitoring stations and patrols to curb illegal fishing.

Still, while 60 percent of the planet’s coral reefs are under threat, they are not the only biodiversity that is impacted around the world by natural disasters, which as well as super storms also include tsunamis, landslides and earthquakes.

In Haiti, an earthquake shattered life in the small country in 2010. One of the worst disasters in living memory, the quake killed more than 100,000 people, destroyed streams and rivers, stripped the terrain of soil and damaged the marine ecosystem. 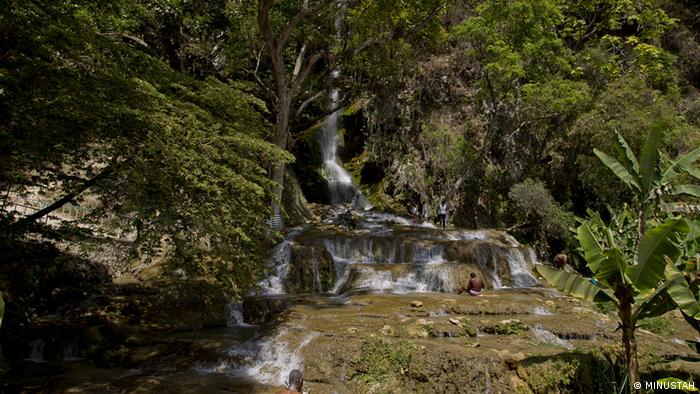 Waterways, similar to thsi one at Saut d'Eau, an important tourist attraction in Haiti, were damaged by the 2010 earthquake leading to a loss of productivity in the ecosystem

In some parts of the country, water springs changed or disappeared completely as a result of the earthquake, while the disaster also caused many people to move between the cities and the countryside putting pressure on natural resources such as trees and land through agriculture. This in turn has led to longer lasting effects making it more difficult for the ecosystem to recover.

"After a disaster, there can be a vicious circle of increased pressure on the environment," said Thomas Pitaud, disaster risk reduction adviser at the UNDP in Haiti, referring to the movement of the population between the city and the countryside following the earthquake. "We can assume that this pressure increases the degradation and the impact on the ecosystem. That impact is negative."

Still, deforestation, overexploitation of the land and marine resources and loss of soil in which farmers can plant crops are problems that plagued Haiti even before the earthquake and are issues that have made it difficult for the ecosystem to recover. In an attempt to prevent further damage to biodiversity, the UNDP has established projects focusing on sustainable forestry, sand and riverbank management and replantation and protection of mangroves, which act as a physical barrier against storms and are a site for fish and crustaceans to reproduce.

Worldwide, other organizations, such as the European Union, are also involved in such programs to strengthen ecosystems to ensure they are resilient and can react to threats including climate change, pollution and overexploitation.

Despite the measures, analysts say the frequency of natural disasters is likely to increase as a result of
climate change. This means that governments around the world need to take action to protect ecosystems, which in turn can also help to protect communities from the impact of super storms, landslides and earthquakes. But there are problems.

"Often the response [of governments] is about the disaster that's just happened and so they take actions to address what they've just experienced and not look at other risks…sometimes leading to mal-adaptation," said Sarah Boulter, a research fellow in the national climate change adaptation research facility at Griffith University, in Queensland.

"But it has become very political. If you have to say to people, you can't live on this flood plain anymore and grow these crops because it's an increased risk and we'd be better off planting trees there, it's a political thing and it makes it difficult for politicians to push that solution," she added.
Still, Pitaud says one of the most important ways of protecting biodiversity is to get local communities involved.

"One of the biggest problems in Haiti is the education of the population because access is so difficult," he said. "We work a lot with schools and the young generation to sensitise them and help them develop the right behaviour to prevent disaster."