Once upon a time in Syria: New children's book compiles tales from refugees' home countries

Refugee children in Germany told author Thomas Mac Pfeifer their favorite bedtime stories. He then compiled a new multi-lingual book that brings together folklore from Iraq, Syria, Afghanistan and other war zones. 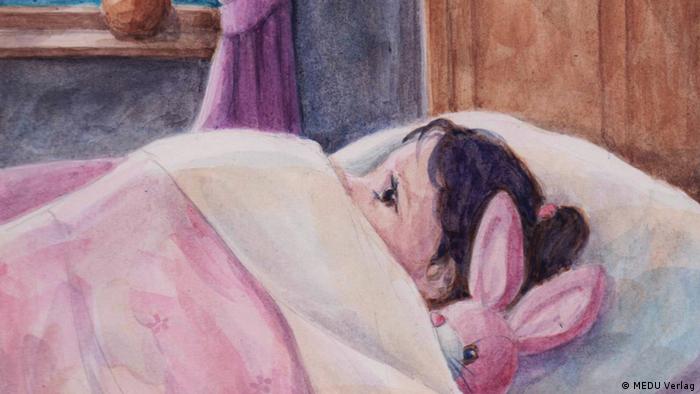 Children's book author Thomas Mac Pfeifer spent close to a year interviewing migrant children in Germany and writing up stories from their homelands. The tales in his book take the audience on a bittersweet journey to Iraq, Syria, Afghanistan, Burkina Faso and other conflict zones.

With illustrations and multilingual narratives, Mac Pfeiffer says he hopes to reach an audience that goes beyond refugees, and believes that everyone can learn something from the tales recounted in the book, titled "Ein Stern, der in dein Fenster schaut" (A star that peers through your window).

In an interview with DW, Thomas Mac Pfeifer detailed how he came up with the idea and what it means to him.

DW: How would you describe the book in your own words? 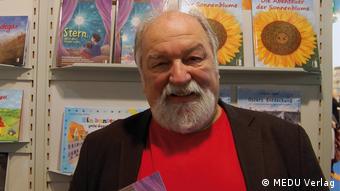 Thomas Mac Pfeifer: This is first of all a children's book for and by children who have come here from war zones and conflict areas. It includes stories from Iraq, Afghanistan, Syria, and Africa. The stories told in the book are all written in the native language of the refugee children who shared them, but also featured in German and in English. I invested a great deal of effort in looking for these stories, then I collated them and had them translated into German and English. This way, the children reading the book can also pick up some German and some English as well.

What inspired you to write this book?

I tried to imagine how these children must feel once they arrive in Germany. They might lie in bed at night and still see those terrible images of war and destruction when they close their eyes. That's what led to my writing of the opening story.

In it, there are two refugee children in bed who can't sleep. They get up and look out the window together and pick out a star - the brightest of them all. That star becomes their friend and they name it "Lu-La-Lu-La-Lu."

Then they go back to bed and close their eyes, knowing that a star is keeping watch over them while they sleep. And that is "A Star that peers through your window."

How long did it take you to write the book? 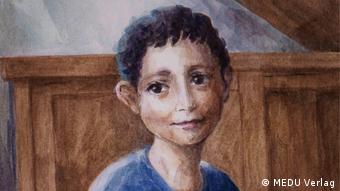 The book features colorful illustrations by a number of artists

It took about three-quarters of a year. I had set myself some deadlines along the way. I wanted to have 10 stories in the book, but first I had to find them. It was a lot of work to find suitable stories. A lot of the details had to be double-checked, and translations needed to be done. There's a lot that can go wrong in a project like this. For instance, I received one transcript in Arabic, which my computer jumbled up.

The script wasn't written from right to left, as is normally the case with Arabic, but from left to right. That's of no use to any Arabic speaker.

In the end, I managed to get enough narratives together, including several stories from Syria and Afghanistan.

Did you find any story that is featured in your book particularly touching?

Yes, there's a story from Iraq, which a 13-year-old girl shared with me. It's called "The secret of the boy who only had one eye."  It's a tale that this girl's mother used to tell her as a goodnight story. I worked closely with the girl and with a translator for this. It's a sad story that really touched my heart. But you should've seen how this girl told it with her eyes beaming. That was a very special moment. 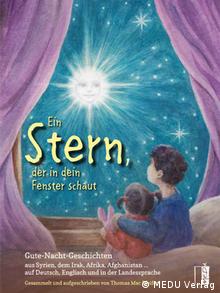 German children can read the stories in German and experience them this way. Also, my children's books are most certainly not limited to children. This now is my 10th children's book.

I once sent the late German President Richard von Weizsäcker two of my books, so he could read them to his grandchildren. He wrote back - in his own handwriting: "Your children's books are so lovely. They're lovely for grown-ups as well." I must admit, that was a huge compliment.

In which ways do you hope your work will have an impact?

There's a lot of interest in this book. We have planned a number of public readings in refugee homes. This way the stories will truly reach their intended audience. We're also planning to record a multilingual audiobook featuring all the respective native languages from the stories. I think that will also be very interesting.

How a comic is breaking down prejudice against refugees

They're drawings of true, often harrowing stories: Students in Germany have told the stories of refugees and volunteers in a new comic book called "Stories from the Grand Hotel." (19.04.2016)

A picture is worth a thousand words. And pictures can also teach words. Illustrator Constanze von Kitzing co-founded an online coloring book that helps refugee kids - and you - learn German. (13.11.2015)

Jenny Erpenbeck: What happens when you're only seen as a refugee?

Jenny Erpenbeck spent a year meeting with refugees in Berlin. Her resulting novel is shortlisted for the German Book Prize. She explains why time is so crucial and what former East Germany has to do with refugees. (21.09.2015)