How a comic is breaking down prejudice against refugees

They're drawings of true, often harrowing stories: Students in Germany have told the stories of refugees and volunteers in a new comic book called "Stories from the Grand Hotel." 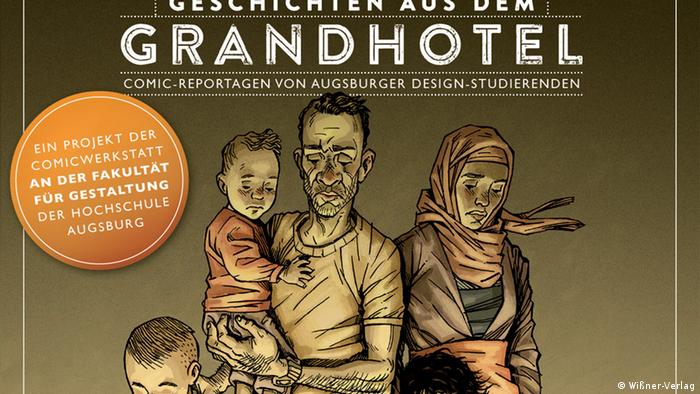 In the middle of the night smugglers forced a refugee to jump ship in the open sea. The journey, which the man paid a lot of money for, seemed to have come to an end. But miraculously the light of a helicopter shone on him. Hayder - the name of the refugee - was saved.

Hayder now lives in the "Grand Hotel Cosmopolis" in Augsburg, Germany. Wolfgang Speer, a design student, has conveyed Hayder's story in clear, impressive pictures. The viewer is not spared any of the dramatic moments in the 14 pages of this short comic. 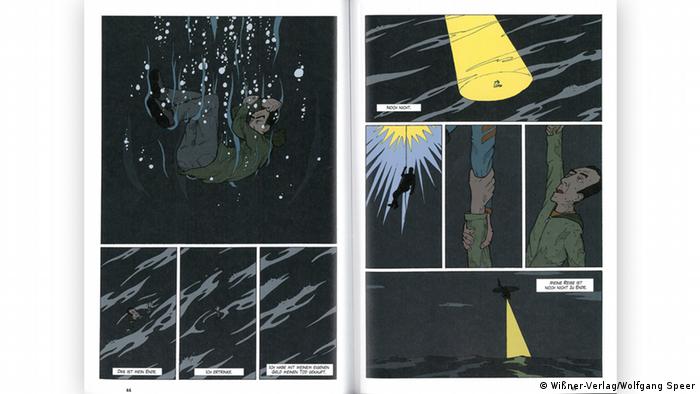 One comic highlights the experience refugees have with human traffickers

The "Grand Hotel Cosmopolis" used to be a retirement home. But since 2013, refugees, artists and guests have been living together under one roof. This makes the hotel a special project, and a place full of stories.

"Some of our guests come by train," says the protagonist in Paul Rietzl's comic, "Welcome to Utopia" laconically, "and others travel in a tug boat across the Mediterranean." 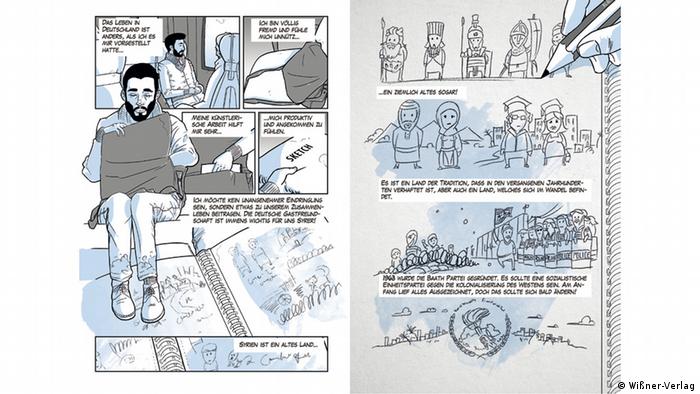 Another comic illustrates the difficulties refugees face in a new country

The "Stories from the Grand Hotel" are as different as the people living there. Design students from the University of Augsburg collected the stories and did research. Their work culminated in a comic book consisting of eight personal accounts, which has now been published by the Wissner publishing house in Augsburg.

Each of the eight stories touches on different aspects of the ongoing refugee debate in Germany - the suffering of the refugees on the one side, and the local's fear of strangers on the other. The coexistence of refugees and non-refugees is woven into the comic.

"The idea for the book came up three years ago," says design Professor Mike Loos. He saw a treasure trove of human stories in the "Grand Hotel" and rightly so. Was it too challenging for a comics project at a university? The lecturer had doubts.

"While researching for my comic I learned a lot about the life of my subject," says 25-year-old Marte Negele, who wants to become an illustrator.

"Everyone has an opinion on refugees and a lot of them are prejudices," says Wolfgang Speer, "but nobody talks about them. You only fear something that you don't know." 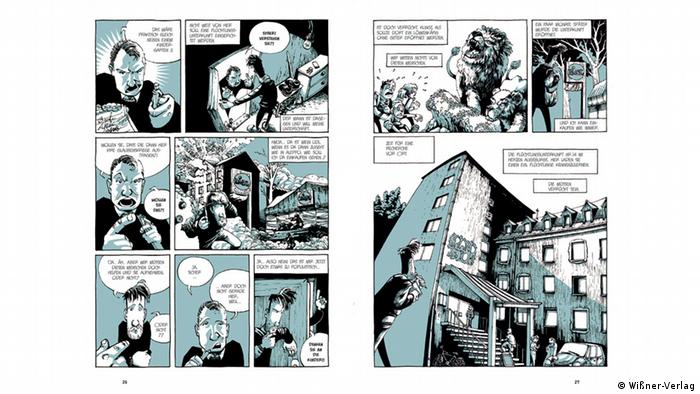 A picture is worth a thousand words. And pictures can also teach words. Illustrator Constanze von Kitzing co-founded an online coloring book that helps refugee kids - and you - learn German. (13.11.2015)

Brussels cartoonist: 'I gave Tintin the expression on my face'

Danish illustrator Søren Juhl responded to the Brussels attacks with a moving, viral image of Tintin that reflected his own heart. He says images can move the masses, but he's wary of crossing a line with his art. (23.03.2016)

Did you know that devils eat flies and weeds never wilt? Test your knowledge of famous German proverbs with DW's original collection of illustrations, updated each week. (13.04.2016)