A year away from the start of the rearranged Tokyo Olympics, Human Rights Watch have claimed there is a culture of physical and verbal abuse aimed at Japan's young athletes. The country's response is not yet clear. 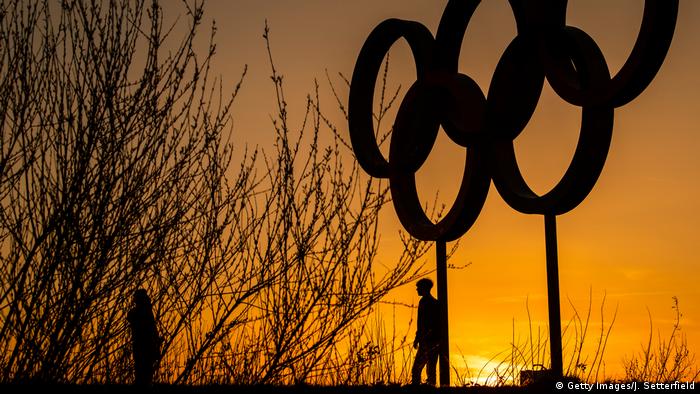 The words of 23-year-old 'Daiki A' are representative of a culture of sporting abuse sometimes known in Japan as "taibatsu", according to a Human Rights Watch (HRW) report released on Monday to coincide closely with the rescheduled opening date of the Olympics.

The organization says it conducted over 50 interviews with current and former child athletes at various levels of competition, an online survey and spoke to sports organizations. They found that children in Japan still experience abuse in sport and identified institutional issues that make the country's response to such incidents less effective than it could be.

Japan's umbrella body for sports, the Japan Sports Agency, told DW they are aware of the report. "'Taibatsu' in sports instruction is not permissible," their statement read. "In order to eliminate violence in sports, we have taken steps such as developing a training curriculum or making a guideline for schools. We would like to continue our efforts to eradicate violence in sports, referring to the content of their report."

Recent years have seen a string of sporting abuse cases in Olympic sports, with the USA gymnastics sexual abuse scandal one of many examples. In Japan, the suicide of a 17-year-old basketball player following physical abuse by his coach made worldwide headlines. A year later, a series of reforms aimed at extinguishing this culture were introduced, but Minky Worden, HRW's Director of Global Initiatives told DW that they have failed. 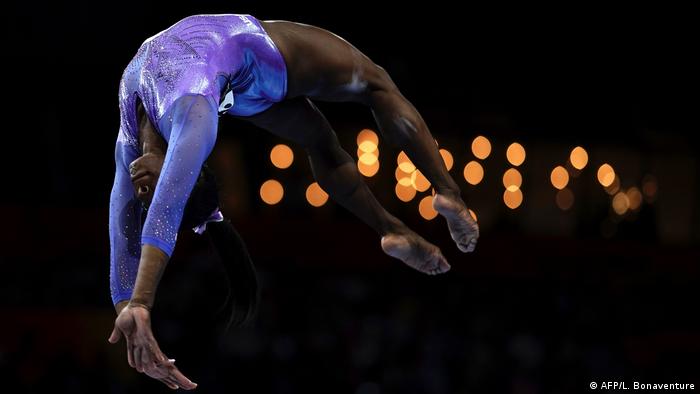 "We show in our report that the reforms that were made in 2013 are not mandatory and have not been implemented," she said. "So long as the sports federations have a choice whether to devote resources to staff who could take complaints, and so long as sports and schools protect abusive coaches and move them around, children will not be safe.

"At some level, using beatings and abuse to train kids is just lazy—instilling fear by physical abuse doesn’t work, can cause lasting trauma, and our research shows it actually causes kids to drop out of sport.  That is a tragedy.  Coaches who use 'taibatsu' may have been beaten as child athletes themselves.  That is why a public education campaign is necessary as well as an independent Japan Center for Safe Sport."

HRW also call for a number of other measures from various governmental and sporting bodies in their report and note that "physical violence as a coaching technique has a long tradition in Japanese sport."

The International Olympic Committee (IOC) told DW that such abuse "is contrary to the values of Olympism" in a statement. "The IOC places the safety and wellbeing of athletes as a priority and is committed to leading and supporting the Olympic Movement in the implementation of measures to protect the athletes from any form of abuse. The IOC Safeguarding team is in regular contact with National Olympic Committees (NOCs), including the Japanese Olympic Committee, to offer advice and support, including highlighting the available IOC initiatives," the statement read.

But Takuya Yamazaki, a sports lawyer on the Executive Committee of the World Players Association, the global athletes’ trade union, partnered with Human Rights Watch on the report and said real change cannot come quick enough.

"Sport can bring benefits like health, scholarships, and careers, but too often victims of abuse experience suffering and despair," he said. "One of the reasons why it is so hard to deal with cases of abuse is that athletes are not encouraged to have a voice."

That appears, slowly, to be changing and the report contains some powerful examples of reported abuse, including an account from 'Shota C' of his high school basketball coach.

"He punched me on the chin and I was bloody in my mouth," he said. "He lifted me up by my shirt collar. Ninety percent of my teammates experienced physical abuse.... We were all kind of joking, ‘You haven’t been beaten yet, when is it your turn?’"

HRW hope that, with the eyes of the world set to be trained on Tokyo ahead of the Olympic opening ceremony on July 21, real changes can be introduced to tackle athlete abuse.

US Olympic gymnastics star Simone Biles has revealed that she was sexually abused by now-jailed former team doctor Larry Nassar. The physician is accused of molesting dozens of young girls. (16.01.2018)

USA Gymnastics - Winning at all cost

An independent report into the scandal surrounding USA Gymnastics and its former team doctor Larry Nassar has unveiled a horrifying scale of abuse. Nick Butler explores for Sportschau. (14.12.2018)

The governing body is being sued by hundreds of women who were sexually abused by Larry Nassar, a former team doctor. The filing could complicate efforts by the victims to recover damages. (06.12.2018)

Set to kick off in July, the Tokyo Olympics are shaping up to be a cheer-free event isolated from the rest of Japan and closed to foreign visitors.

Despite COVID, Tokyo hangs on to cultural Olympics program 11.07.2021

Struck by the pandemic, the cultural festival in the run-up to the Olympic Games has had to revise its program. With the absence of overseas visitors and new regulations, the "Pavilion Tokyo 2021" has taken a new turn.

Postponed by a year. Plagued by existential rumors. The Tokyo Olympics have had a rocky road, thus far. But what’s it like for the athletes?