Olympics ′a moment of opportunity′ for Russia | News and current affairs from Germany and around the world | DW | 01.02.2014

The head of Human Rights Watch tells DW that the Olympics may mean an end to the Russian UN veto over Syria. And how a free Ukraine could inspire a similar uprising in Russia - Vladimir Putin's 'nightmare.' 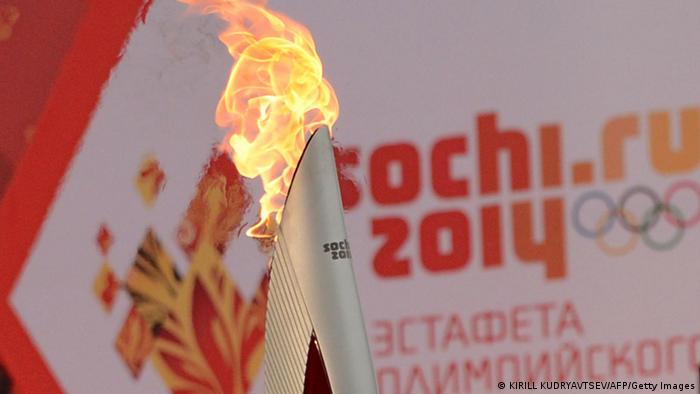 Attorney Kenneth Roth has been the executive director of Human Rights Watch, a leading international human rights organization active in more than 90 countries, since 1993.

DW: The initial talks on Syria have just ended. What's your assessment?

Kenneth Roth: I don't think anybody's surprised that these peace talks didn't really get anyplace, and nobody thinks they're going to move anyplace anytime soon. So to me the real question is, while the peace talks continue, and proceed for probably months and months and months, what is going to be done on the side to address the Syrian government strategy of deliberately killing as many civilians as possible in opposition-held areas to drive them away, depriving those same civilians of the basic humanitarian assistance they need to survive? 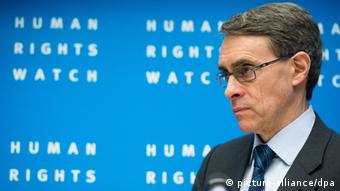 So far, the US government's answer to that has been to say "We're talking peace. We're going to solve it all when we have peace." That's not a good enough answer. There's a need for the US government to be able to walk and chew gum at the same time. They can talk peace, but they also have to put pressure on Syria to stop the deliberate killing of civilians and to open the borders to humanitarian assistance.

How should Washington do that? Is the US accusation that Syria isn't moving quickly enough to destroy its chemical weapons a step in that direction?

Washington, so far, has focused almost exclusively on the chemical weapons deal. Which is important, but we have to recognize that chemical weapons are responsible for fewer than 2 percent of the Syrian deaths in this conflict. The other 98 percent have been caused by conventional weapons. Washington doesn't talk about that. The millions of people who today are facing starvation, loss of medical supplies, huge hazards, Washington doesn't talk about them either, other than in terms of so-called confidence-building measures - opening up this or that besieged area. But there's no real pressure on Syria to allow the massive cross-border humanitarian assistance that is needed.

We do have a moment of opportunity now. The Sochi Olympics are opening shortly. And Russia is going to be reluctant to continue its veto in this period. It doesn't want to be seen as underwriting the deprivation of millions of Syrians as the Olympics open. So what we'd like to urge is for Russia to use the opening of the Olympics to allow an opening of the Syrian borders. Russia clearly has the leverage with Assad to get him to change. When the chemical weapons deal was done between [Russian Foreign Minister Sergei] Lavrov and [US Secretary of State John] Kerry, Lavrov spent all of about 20 minutes talking with Assad before he was basically ordered to comply.

We need that leverage to be used now at least to open up the borders. There is probably going to be a resolution introduced at the United Nations next week, which will go beyond the non-binding presidential statement that was adopted in October and will insist that Syria open the borders to humanitarian assistance. I hope that Russia does not veto that resolution, and indeed I hope the US allows it to go forward, rather than proceeding in a one-dimensional strategy that all they will do is talk peace and they won't do anything to stop the killing and the deprivation in the many, many months until we get peace.

The resolution at the Security Council is likely to be introduced by a combination of Australia, Luxembourg and Jordan. The first thing for Washington to do is not to block that. To recognize that it's possible to engage Russia as a partner in peace talks but at the same time to put pressure on Russia to pressure Assad to stop the killing, and most important at this stage, to open up the humanitarian corridors. If the US allows it to go forward, then the key is, will Russia veto - and frankly we're banking that, at this stage - with so much deprivation, with the peace talks going nowhere fast, with the Olympics about to open - that Russia is going to be willing to take this next step and, in the spirit of the opening of the Olympics, insist that Assad open the borders.

Turning to Ukraine: The country's military has warned the government and the opposition about the stalemate. What is your take on the dire situation there?

I was pleased to see that [President Viktor] Yanukovych took a step backward from his effort to implement a Putin strategy a week ago. Putin met with similar protests in Russia, and basically tarred non-governmental organizations as so-called foreign agents, he restricted protests, he threw people in prison, he engaged in this demagogic kind of anti-homosexual-propaganda law, he did a number of things to repress the opposition and to rally a conservative base. For a while it looked like Yanukovych was taking a page from Putin's book, then he backed off, and the Ukrainian parliament has repealed a lot of the repressive measures it instituted just a week ago.

There has been some violence on the part of the protesters, some of the more extreme elements, and it's important that that stop. But, it's also important that the government, in responding to it as it has a duty to do, not respond in an overly broad fashion: That it should recognize that it should be dealing with only the protesters engaged in violence, and everyone else has a right to continue protesting.

So if those basic principles are respected, the repressive laws are repealed, the right of protesters respected, then it should be possible for a peaceful dialogue to take place and some kind of political reconciliation to occur. But, if Yanukovych, or the army, resorts to the kind of repressive means that they were playing with just a week ago, that's going to spell disaster for Ukraine, and it's very important to avoid that.

There have also been reports of torture on the part of the government forces. Can you corroborate this?

There was one activist we know of who disappeared several days ago. He was simply abducted and we didn't know what happened to him. He has now reappeared, having been severely tortured by what he described as "Russian-speaking thugs." We don't know precisely who did it, but it certainly looks very suspicious. That is the kind of mistreatment of protesters, particularly the leaders where it is absolutely urgent that the government guard against it. I hope the government launches an immediate investigation to see who these individuals were. Were they operating with government authority? Was it the Russians? Whoever it was, they should be brought to justice.

President Yanukovych has so far refused to step down, as demanded by the opposition. Can he stay in power?

Clearly that's an issue that's very contested. Human Rights Watch doesn't take a position on those broader political issues. Our concern is really with the rights of the individuals involved. As long as the protesters are free to assemble on the streets, as long as they are free to speak out, as long as they are not subject to arbitrary violence, we will let the political process play itself out. We don't take a position on who ultimately the leader of Ukraine should be.

There's something of a tug-of-war going on over Ukraine between the EU and Russia. What do you make of that? Who has the better arguments?

Obviously there are economic and security arguments behind all this. But at the bottom of it is an argument of freedom. What the European Union represents in its offer of closer engagement is a future of freedom for the people of Ukraine with the full panoply of rights that Europeans enjoy day-to-day. What Russia and Putin represent if Ukraine is pulled in their direction with the combination of threats and bribes that Putin has offered is a future of bleak authoritarianism, of a political regime that increasingly looks back to the Soviet era as its inspiration, rather than a future of democratic freedom. So there is a very stark choice before the Ukrainian people, and my hope is that at least this choice can be discussed openly with respect to the rights of all, without the use of violence.

What signal does the Maidan revolution send to other peoples in the region?

Frankly, I think part of why Putin has responded so vigorously to the Ukrainian protests is that he has long feared a revolution in Russia. And he has gone out of his way for years to try to avoid that. Suddenly, there is what looks like a possible popular revolt in the most important country of the former Soviet Union other than Russia. And he's terrified by that. This is his nightmare.

So I think the protests do represent a revival of hope. We've seen many of these kinds of protests go awry in the Middle East and North Africa. It's been a long time since one has succeeded - maybe the closest has been Tunisia. But suddenly there's real hope in a major European country. And if it succeeds, it's going to be a bright signal for people around the world.

With 129 cases at the European Court of Human Rights in 2013, Russia was convicted of the most rights violations in Europe. The court heard just six cases from Germany. But the court is not without its critics. (31.01.2014)

Americans adjust to the new normal

The sequester is dead, long live the semiquester. Now that the US 2014 budget deal is law, a pattern has emerged, one that will probably be the new normal regardless of the party in power, writes Garett Jones. (31.01.2014)