Americans adjust to the new normal | News and current affairs from Germany and around the world | DW | 31.01.2014

Americans adjust to the new normal

The sequester is dead, long live the semiquester. Now that the US 2014 budget deal is law, a pattern has emerged, one that will probably be the new normal regardless of the party in power, writes Garett Jones. 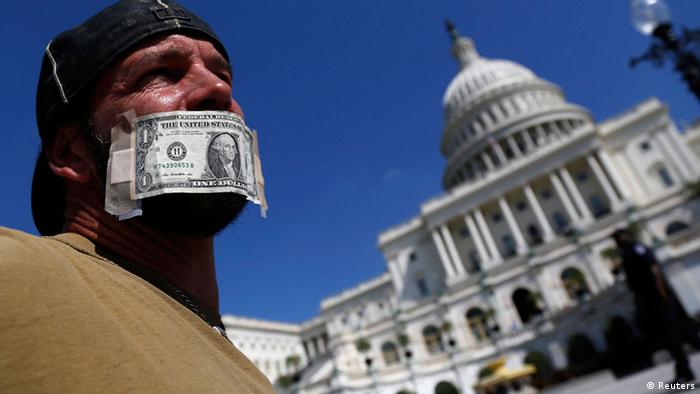 The original sequester of 2013 and the new semiquester have shown that the impossible is quite possible: Politicians can make across-the-board, indiscriminate spending cuts and live to tell about it, and the political and economic costs of austerity are lower than most of us had thought.

The economy kept limping along through the post-sequester months, growing modestly, the unemployment rate drifting downward. The politicians complained about the sequester's cuts to research and to the military and to so much else, but the complaints died down as government administrators and voters alike adjusted to the new normal.

Since cuts are easier than we thought, this means that cuts - mostly just declines in the growth of spending - will become more common. Two years ago I gave talks predicting that the US would muddle through its long-term budget crisis with some mix of tax hikes (perhaps including a national sales tax, somewhat regressive) and some spending cuts (mostly to health care for the poor and vulnerable, partly since they are less likely to vote). Now I think the balance will lean a bit more to the cutting side of things, because politicians pursue the path of least resistance.

What does this mean for the future? For one, it means real estate prices in Washington, DC, won't grow quite so fast: When the government has less to spend, DC becomes a less important place, so it's less important for military contractors and large nonprofits and farm cooperatives to have a lawyer or two on the payroll in DC. Since the financial crisis, home prices in DC have grown briskly for many reasons, but one reason was because it was clear that DC connections were becoming more important than ever, that DC had money to spend and so everyone needed an address there. 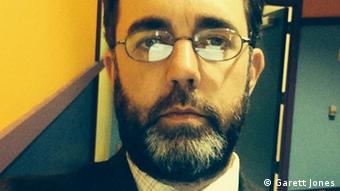 It's still important to have a place in DC: research by my George Mason University colleague Carlos Ramirez and by other economists showed that political connections paid off when it came time for bailouts during the financial crisis. But while the early days of the Obama administration made many think that "green energy" was going to become a cash cow for lobbyists, it's now clear that that dream, like many other dreams of the progressives who swept into power, will be more about talk and less about money.

For another, it means that tax hikes won't be the most important path to solvency. Progressives had hoped that Obamacare would "bend the cost curve" of health spending and that tax hikes on the rich would solve most of the rest of our long-term fiscal problems, but the more likely outcome is that broad-based spending cuts - to mainstream government programs, to Medicaid (government health care for the poor), and to Obamacare's generous insurance subsidies for the working class - will be the go-to cuts when Congress decides to fight the deficit in coming years.

Some will be phased in through formula-based changes in entitlement spending, some will take place through unspoken bipartisan understandings that "we all have to make sacrifices," and some ceremonial and some real partisan battles will take place over spending. But both Democrats and Republicans now know that spending cuts are doable, so Democrats won't fight as hard to preserve the spending and Republicans will push harder for the cuts (at least when defense isn't the target).

A final prediction is that with spending becoming a less partisan issue, politicians searching for winning and winnable issues will turn to emotional touchstones, to the culture war in its various forms: Issues like freer immigration rules, abortion rights, and as-yet-unrecognized civil rights struggles will fill the airtime, the blogs, the Twitter feeds. The debate over rising inequality - especially wealth inequality - will continue in the US and across the most productive economies, but the inequality debate won't have the salience, the passion, the power to generate campaign contributions compared to the intimate issues surrounding culture, family, and sexuality.

This year's budget deal is a sign of our near-term future: Spending bills passing Congress with less rage than before as Americans adjust to the new normal. But new issues will take their place, because nothing generates viewership and pageviews and rage-clicks like a good fight.

Garett Jones is associate professor of economics at George Mason University and a senior scholar at the Mercatus Center.

The US budget conflict takes a surprising turn: Democrats and Republicans have quietly agreed on a budget plan. But the real problems are just being postponed, financial expert Stan Collender told DW. (12.12.2013)