Faced with a growing number of injuries from deer bites, authorities in Japan's Nara Park have issued tips on feeding the hundreds of animals that attract tourists from around the world. 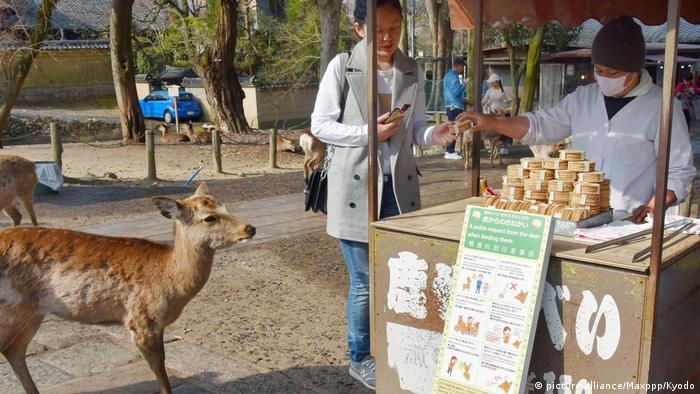 The picturesque park in Japan's ancient capital is home to more than 1,000 deer, which can even be found roaming the streets in search of special tasty crackers offered by tourists. But with a rise in the number of foreign tourists, the number of those injured by deer surged to a record 180 in the last fiscal year to March from 118 the previous year.

So authorities have erected a sign written in Chinese, English and Japanese entitled: "A polite request from the deer when feeding them" at the stalls where crackers are sold. Small children should be accompanied by adults and "deer sign language" should be employed, showing both hands to the animals when feeding time is over. 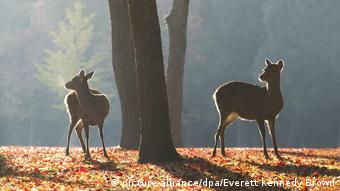 "As they are wild animals, they get angry if people tease them," Nara official Yuichiro Kitabata told AFP. "For example, if you keep them waiting when feeding, they can bite you. But not all of tourists know they are wild, believing they are kept in the park," he added.

The sprawling park that also includes wooden temples and shrines built centuries ago is a major tourist attraction, welcoming some 13 million visitors annually. The deer at the park are protected as a national treasure.

Surprisingly tame, Sika deer have lived alongside humans in the ancient Japanese city of Nara for centuries. But their growing numbers have led to some feeling the human-deer relationship has soured. (05.04.2018)

Japan prepares to party under the cherry blossoms

This tradition of welcoming the spring that dates back to the 12th century is still going strong. It is arguably also the best time to meet and mingle with Japanese people as they let their hair down. (27.03.2018)

From Tokyo via Kyoto to Miyajima