Observations from the sidelines of European summit frenzy | Europe | News and current affairs from around the continent | DW | 08.07.2015

Observations from the sidelines of European summit frenzy

With Greece ever closer to sliding out of the euro, Brussels and its journalists tail politicians from one special summit to the next. DW reporter Andrea Rönsberg has been looking for a method to the madness. 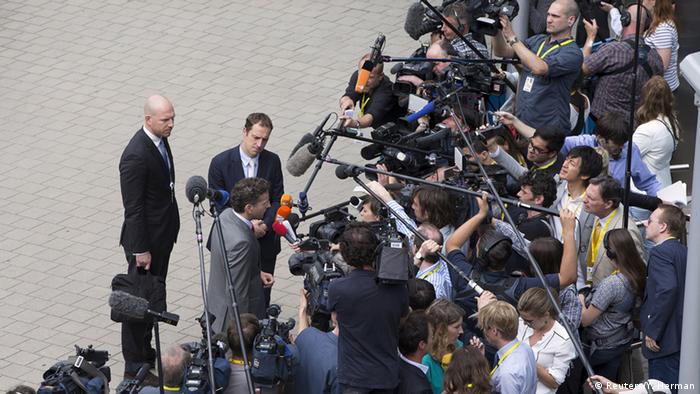 We're looking ahead at yet another summit on Greece. The final one, we are told by Donald Tusk, the president of the European Council.

But I wouldn't bet on that.

We've heard it before - and we've reported it before: Time is running out. Greece now REALLY has to make some "serious" and "credible" proposals on structural reforms it will tackle to receive more financial assistance.

The real lesson we've learned that "the word 'final' does not mean 'final,'" as a European parliamentarian said during debate on Wednesday.

We have also heard - a few times too many - that "the ball is now firmly in the court" of either the Greeks or of the other 18 eurozone countries, depending on who is issuing the statement.

In fact, journalists in the Brussels circus have called on politicians to STOP.USING.THE BALL METAPHOR.

It's not just journalists who are losing their appetite for the (ball) games of extra-special-super-urgent talks about Greece. To quote Irish Finance Minister Michael Noonan (who found a non-ball - yet still clichéd - bon mot for all of us holding microphones): "I don't think any one of us wants to kick the can down the road for another month or two."

Then again, it would be a pity. Seriously. There is something addictive about this summit frenzy. I'll let you in on a not-so-well-kept secret: a midday briefing at the European Commission can be pretty boring, and few journalists bother to attend in person (why head over there when you can watch it on television with a sandwich?).

But thanks to the Greek drama, we have watched a briefing by EU Commission Vice President Valdis Dombrovskis end in a chaotic huddle of journalists converging on one poor spokeswoman. All it took was for Dombrovskis to announce that Jeroen Dijsselbloem, the president of the Eurogroup of eurozone finance ministers, would speak shortly. What? Where? Here? Would Dijsselbloem explain how the eurozone can deal with the mess left by a resounding "no" vote in Sunday's Greek referendum? 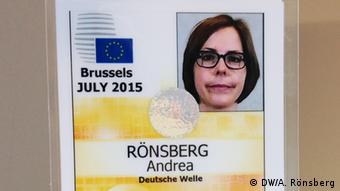 Thanks to the Greek drama, I have bonded with colleagues in Brussels - at least some of the ones from eurozone countries. We hectically gathered around the Spanish reporter who had managed to decipher the words of the Spanish finance minister when he was the first to emerge from the eurozone finance ministers' meeting on Wednesday (Eurogroup Greek debt crisis meeting No. 253,562, it seemed).

What did minister Luis de Guindos say? No hay propuesta - no proposals from the Greeks…

ARE YOU SERIOUS??? How on earth will Greek Prime Minister Alexis Tsipras explain to his colleagues gathered for the summit that his new finance minister, Euclid Tsakalotos, went to his first Eurogroup with no proposal on how to get Greece out of this mess? Do they not understand that they really need to give something to the international creditor trio of the European Commission, European Central Bank and International Monetary Fund? Don't they know it'll take a proposal to get to an agreement to give Greece more money and save it from imminent bankruptcy?

Ah, okay, that explains it. LOL.

It is my fellow journalists' tweets and observations that help me maintain some humor (and, arguably, sanity) on long days in which little news emerges during normal working hours. Trust your colleagues to catch the moments you're sorry to have missed.

Seriously, you guys just let him walk right out?

You can bet I've have made it into that revolving door.

This was a good one, too: a glimpse of the new Greek finance minister's handwritten notes. 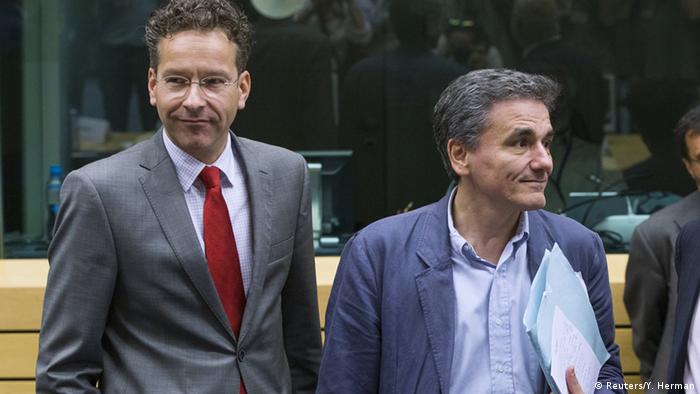 See what Euclid Tsakalotos is carrying under his left arm? Right. Handwritten notes - cover up.

By the way, it's not coincidental that I'm quoting Peter Spiegel a lot in this article. I confess to having become a fan of the bureau chief of the "Financial Times." I actually approached him the other day in the briefing room to tell him how much I appreciated his tweets. I was this close to asking him for an autograph.

But something stopped me. When you start asking a financial journalist for an autograph, something is probably starting to be seriously wrong with you.

It's the final summit. Really.

Or is it just a sign that the time has come for these Greek drama summits to end? If Donald Tusk can be believed, the upcoming meeting on July 12 is THE FINAL SUMMIT. Though clever colleagues are already figuring out new ways of pulling themselves through the next set of meetings - as few believe we've reached peak summit.

It may just be that this truly is the motto in this town (note that this tweet dates back to 2012):

Greece has formally applied for a third bailout from the European Stability Mechanism. The announcement has followed Greek PM Tsipras' address to the EU Parliament, in which he demanded a 'viable' solution to the crisis. (08.07.2015)

Euro leaders set deadline for agreement on aid to Greece

Eurozone leaders set a timeline for "final" discussions about financial assistance to Greece. An EU summit is called for Sunday in preparations for the case that no agreement might be reached. (07.07.2015)

In debt crisis, no new proposals from Greece

Eurozone finance ministers had made one point clear before their meeting: They wanted to see new proposals. Greece has failed to put any on the table thus far, but is expected to do so shortly. (07.07.2015)