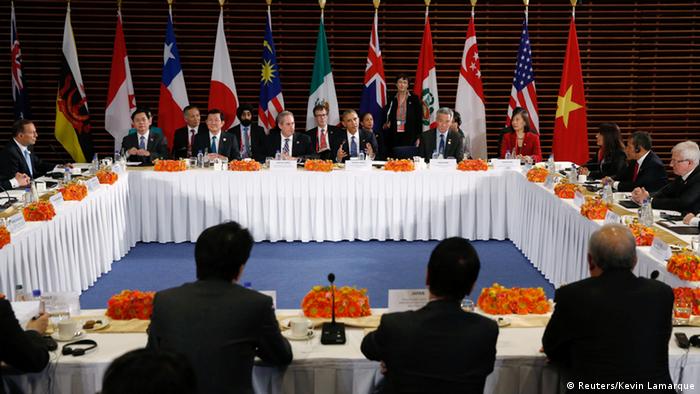 After an initial unsuccessful vote and days of wrangling, US lawmakers finally conferred "fast-track" authority to Obama to negotiate free-trade agreements on Wednesday, June 24. The Senate voted 60 to 38 to grant Obama power to negotiate trade deals and speed them through Congress.

The move paves the way for Washington and its trade partners to continue engaging in talks aimed at clinching a trade pact by the end of this year set to increase world GDP by more than $200 billion.

The far-reaching deal aims to dismantle tariff and non-tariff barriers to trade and investment between the participant countries. It also foresees streamlining regulations, and the implementation of common standards for the protection of foreign investment and intellectual property, among other things. After its successful conclusion and ratification, the deal is expected to serve as a model for future trade pacts.

Many countries negotiating the TPP such as Australia, Singapore and Canada already have free trade agreements with the US. However, the huge differences in terms of economic structure and competitiveness among TPP members - which include countries at different stages of economic development - require undertaking significant restructuring and reforms by some countries, should the deal be implemented. 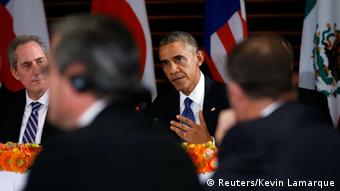 According to Peter A. Petri, Carl J. Shapiro Professor of International Finance at Brandeis University, it is not the US economy, but that of other countries, which would have to undergo the biggest changes.

"Some of our partners will be affected more since they depend more on trade, have higher tariffs to cut, and will have to adopt new labor, environmental, and regulatory standards," Petri wrote in a blog published by the Washington-based economics think tank Peterson Institute for International Economics.

"But changes will be implemented slowly - some over as many as ten years - giving companies, workers, and countries time to adjust," he added.

Nevertheless, the prospective participants are lured by the promise of closer and stronger ties with the US and other countries in the region. The deal also strengthens Washington's partnership with Japan - the world's third largest economy - as the two allies have so far not inked any bilateral free trade treaty.

In a major policy victory for US President Barack Obama, the Senate has granted him authority to close a Pacific trade bill. Opposition from members of his own Democratic party forced Obama to rely on Republican support. (25.06.2015)

'With TTIP, EU and US promise a transatlantic trade miracle'

China and the US 'pivot'

Furthermore, the TPP has been a central plank of Obama's signature "pivot" to Asia - a foreign-policy initiative designed to shift the US' focus towards the continent amid a rising China.

The Communist country is engaged in a myriad of security and territorial disputes with several states in the region, for instance, in the South and East China Seas. These countries therefore seek Washington's security cover to counter any potential threats posed by Beijing.

At the same time, China has emerged as the largest trade partner for a raft of Asian nations, bestowing Beijing with increased economic clout.

Therefore in a bid to win over opponents of the trade deal, Obama has repeatedly warned that a failure to conclude the TPP deal would let China write trade rules in Asia and beyond. "If we do not help to shape the rules so that our businesses and our workers can compete in those markets, then China will set up rules that advantage Chinese workers and Chinese businesses," he said.

Not only about free trade

In this context, analysts say the TPP could be viewed as a potential rival to the Regional Comprehensive Economic Partnership (RCEP) agreement. The RCEP is a proposed free trade pact between the ten members of the Association of Southeast Asian Nations (ASEAN), and the six nations that have already signed free trade deals with ASEAN – India, China, Japan, Australia, South Korea and New Zealand. Negotiations for RCEP began in 2012.

However, experts argue that the TPP is not only about free trade but also about protectionism as such agreements encourage free commerce within the grouping and more barriers for trade with third countries.

An indication of such a development in the TPP bloc is the US' push to boost its exports by demanding countries to cut back on imports from China. The Wall Street Journal recently reported that Washington's trade negotiators had asked Vietnam to reduce its reliance on Chinese textiles, in an attempt to get preferential market access for the US garment industry.

Beyond its strategic significance, the TPP is also believed to bring key economic benefits to member countries.

Public opinion in several of the negotiating countries is also in favor of the deal. Half or more of the people in seven of the nine TPP nations recently surveyed by the Pew Research Center said such an accord would be a good thing for their country. The survey involved 9 of the 12 countries engaged in the TPP negotiations. 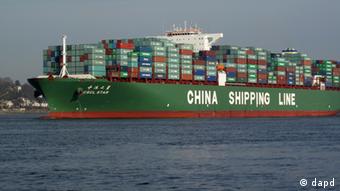 China is now the largest trade partner for many Asian countries

Notwithstanding the benefits, the negotiators still face an uphill battle in terms of concluding the deal. To close the TPP, ministers of the various countries involved need to resolve a number of issues, ranging from market access for protected industrial sectors to the status of state-owned enterprises.

The issue has generated passionate debates on both sides of the Pacific. While supporters say free trade brings increased prosperity and market opportunities, opponents argue that it costs jobs and only benefits multinational corporations. US labor groups, which vehemently opposed fast-track authority recently granted to the President, announced they will redouble their efforts.

Moreover, several Democratic lawmakers in the US Congress who voted for granting the Trade Promotion Authority (TPA) to President Obama cautioned not to automatically assume that they would vote in favor of the deal's ratification in the end.

Nevertheless, the outcome of TPP negotiations will shape other major trade deals such as the Transatlantic Trade and Investment Partnership (TIPP), a free trade deal the US is negotiating with the EU.