The presidents of China and the United States have spoken about the issue of an increasingly aggressive North Korea. Both leaders agreed on the need for unity in response to Pyongyang's actions. 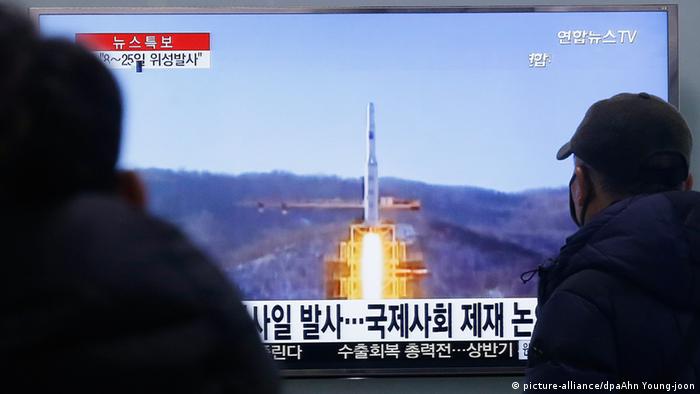 Washington and Beijing agreed that a nuclear-capable Pyongyang represents a threat to the stability of the Korean Peninsula, the White House said on Friday.

Following a phone conversation between US President Barack Obama and his Chinese counterpart, Xi Jinping, US officials said the two leaders agreed on the need for an "impactful" response if North Korea went ahead with a planned ballistic missile test.

"The leaders emphasized the importance of a strong and united international response to North Korea's provocations, including through an impactful UN Security Council Resolution," the White House said.

The call came after Pyongyang shocked the world by carrying out a nuclear test on January 6. This week, the government said it would launch a satellite-equipped rocket, which the world sees as a front for a ballistic missile test.

Satellite images taken this week of a North Korean launch site show the sort of fueling activity that has been seen one to two weeks before a rocket launch in the past, according to 38 North, a US-based North Korean monitoring project.

Satellite images from earlier this week showed the arrival of tanker trucks at the launch pad, the group said, adding that the trucks likely indicated the filling of tanks within bunkers at the site rather than a rocket itself.

"In the past, such activity has occurred 1-2 weeks prior to a launch event and would be consistent with North Korea's announced launch window," the report said, according to a Reuters news agency article.

Beijing has previously been protective of its neighbor, but earlier on Friday Chinese state media reported Xi as saying he was committed to a denuclearized Korean peninsula.

Meanwhile, South Korean President Park Geun-Hye called on China to impose sanctions on North Korea in response to its provocations.

North Korea's plans to launch a satellite into space have been met with stark opposition by its southern neighbors. Japan says a rocket fly-by would be considered a provocation. (03.02.2016)

A top US official says the planned rocket launch could lead to tough new sanctions from the international community. Pyongyang has issued a shipping warning from February 8-25 in preparation for the test. (02.02.2016)

Satellite photos from Japan have shown suspicious activity at North Korea's launch site. The move comes after a nuclear test carried out despite a UN ban. (28.01.2016)