A top US official says the planned rocket launch could lead to tough new sanctions from the international community. Pyongyang has issued a shipping warning from February 8-25 in preparation for the test. 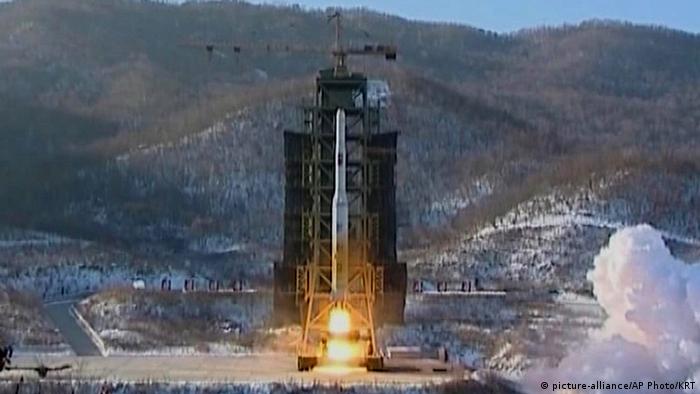 Assistant US Secretary of State for Asia-Pacific affairs Daniel Russel said on Tuesday that North Korea "is defying the United Nations Security Council...its neighbor China and the international community to the detriment of regional peace and security."

In an apparent reference to China, which has argued for increased diplomacy with Pyongyang, he said the launch "would be an unmistakable slap in face to those who argue that you just need to show patience and dialogue with the North Koreans but not sanctions."

Russel added that the missile test would "argue more strongly for action by the UN Security Council...through the imposition of tough additional sanctions."

Hours later, the US State Department backed up his comments, calling on the Security Council to impose a "tough, comprehensive, credible package of new sanctions against Pyongyang."

On Tuesday, North Korea announced plans for what it said was the launch of an Earth observation satellite on a rocket later this month. But critics believe the move could be a covert test of banned technology for a ballistic missile.

The launch is likely to further strain tensions with South Korea and its other East Asian neighbors.

The London-based International Maritime Organization said Pyongyang had issued a shipping warning between 7am and noon North Korean time between February 8 and 25.

The planned launch comes just a few weeks after Pyongyang claimed to have tested a hydrogen bomb, its fourth nuclear test, in defiance of international sanctions.

UN resolutions forbid the North from any use of ballistic missile technology, and imposed penalties following its last rocket launch in December 2012.

The US and its allies believe North Korea's space program is aimed at developing an inter-continental ballistic missile capable of striking the US mainland. But Pyongyang says the program is purely scientific in nature.

China has ignored US calls to press North Korea on its nuclear and military ambitions. Analysts say Beijing's biggest concern would be a collapse of Kim Jong-Un's regime, which could see an exodus of the North Korean population across its border.