The White House is expected to unveil a raft of new executive orders aimed at curbing illegal gun sales in a country wracked by firearms violence. Obama has called it an important step, but said it's far from complete. 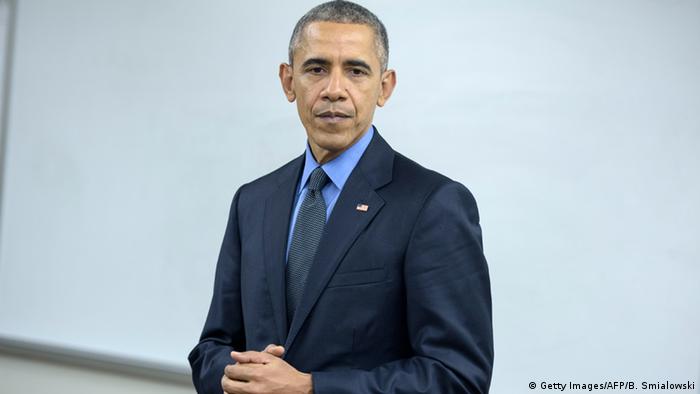 US President Barack Obama announced a major initiative to tackle gun violence on Monday. Having seen mass shootings continue unabated as lawmakers refuse to bend on firearm control, Obama was expected to unveil a series of executive actions to take on the problem.

The proposals, set to be presented to Obama later on Monday by Attorney General Loretta Lynch, are meant to "keep guns out of the hands of people who shouldn't have them," said White House Spokesman Josh Earnest.

Sources in Washington told the press that the measures are going to focus on regulating gun sales - such as clamping down on illegal purchases made through an intermediary and thus bypassing a background check. Therefore, critics have argued, they are unlikely to do anything about the more than 300 million firearms estimated to be in private hands in the United States.

"This is not going to solve every violent crime in this country," Obama said, tempering expectations. "It's not going to prevent every mass shooting; it's not going to keep every gun out of the hands of a criminal. It will potentially save lives and spare families the pain of these extraordinary losses."

Bypassing a Congress unlikely to pass his legislation, Obama intends to issue the laws as executive actions in a show of power in his last year in office. Addressing the legality of such a move, Earnest told the press that "a lot of the work that has gone on has been to ensure that we would have confidence in the legal basis of these actions."

Although surveys have long indicated that the majority of Americans support stricter gun laws, that support has waned amid recent concern about Western terrorists returning home after fighting alongside terrorist groups like the so-called "Islamic State."

On Thursday, Obama is set to participate in a primetime debate on gun control legislation in an effort to make the case for his new laws.

The United States has suffered its worst mass shooting in three years. The public debate has focused on lax gun laws, an epidemic of mass shootings and fears of Islamist terrorism after the Paris attacks. (04.12.2015)

'Gun control has to be top of the agenda'

Tracking the path toward radicalization of individuals like the San Bernardino suspects is very difficult, a terrorism expert tells DW. That’s why the US should focus on gun control and look at countries like Britain. (09.12.2015)