US President Barack Obama has defended NATO as a "linchpin" of US and European security. His remarks follow Republican candidate Donald Trump's claims that the 67-year old alliance is a waste of US money and "obsolete." 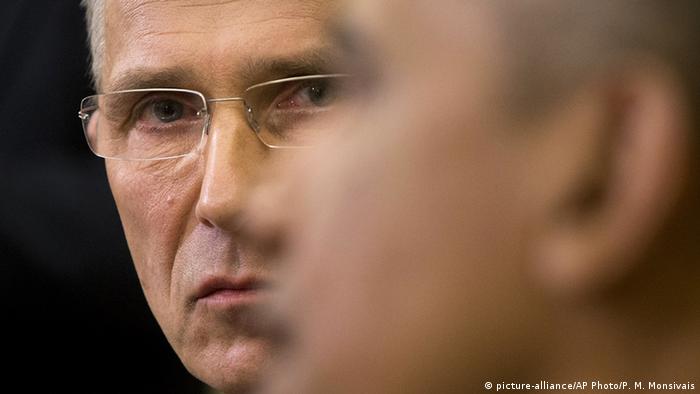 Obama told reporters after a meeting with NATO Secretary-General Jens Stoltenberg in Washington Monday that NATO could help Libya counter "Islamic State" militants, as well as train and assist troops in Iraq, Jordan and elsewhere to fight the group.

Obama and Stoltenberg met ostensibly to discuss March's terrorist attacks in Brussels, where NATO is headquartered, the refugee situation in Europe and the alliance's summit in July in Warsaw. It was also celebrating the alliance's 67th anniversary.

"NATO continues to be a linchpin, a cornerstone" of US and European defense policy, Obama said.

The president stressed the key role NATO plays in many parts of the world, adding that said it had been an "extraordinary partner" in Afghanistan as well as in western efforts to stabilize Iraq and Libya and in dealing with the refugee crisis in Europe.

More money on the table

Obama also reminded reporters of his $3.4 billion budget request to place an extra US army brigade in Eastern Europe as a move that lets NATO "know we stand by commitment to our allies." Obama said was proposing quadrupling Pentagon spending on troops and training in Europe, as part of the US military's accelerating effort to deter Russia. 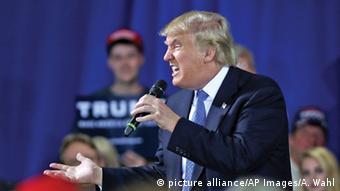 "This is obviously a tumultuous time in the world. Europe is a focal point of a lot of these stresses and strains in the global security system," he said. "It is because of the strength of NATO ... that I'm confident that despite these choppy waters we will be able to continue to underscore and underwrite the peace and security and prosperity that has been a hallmark of the trans-Atlantic relationship."

Obama's staunch defense of NATO come after Republican presidential contender Donald Trump has repeatedly attacked NATO over the past 10 days as "an obsolete organization that is disproportionately funded by the US." As president, Trump has said he would force member nations to increase their contributions, even if that risked breaking up the alliance.

Leading US Republican presidential candidate Donald Trump has received a lukewarm response from pro-Israeli advocates. The mogul toned down his fiery rhetoric for the annual AIPAC conference. (22.03.2016)

Russia prepared for US tanks in Eastern Europe

Russia's ambassador to NATO has criticized US plans to deploy an armored brigade to Eastern Europe. But overall Moscow is calm - perhaps because the Russian army has already responded. (31.03.2016)

Russia says the West is spreading nasty stories about it and that it's damaging relations between the two sides, but is there any basis to them? Fiona Clark takes a look. (03.04.2016)

Barr: DOJ has found nothing that could impact election result 55m ago