Nuri Sahin on his Borussia Dortmund addiction: ′I need this to be happy′ | Sports | German football and major international sports news | DW | 02.02.2018

Nuri Sahin on his Borussia Dortmund addiction: 'I need this to be happy'

Nuri Sahin won't go down as a one-club player, but perhaps he should have done. The playmaker tells DW that even during his time at Real Madrid, Borussia Dortmund dominated his thoughts. One day, he wants to coach BVB.

Nuri Sahin's heart would probably pump yellow and black blood, if it could. He may have played for Turkey before retiring from international football, but he was born in Germany, growing up near Dortmund and joining their academy early.

"You know it was in my youth when I started with Borussia Dortmund. I was 11, I think. And every week, a few players would get tickets to be ball boys," Sahin tells DW's Kick Off. "I was the one who asked — like almost every weekend."

Where he grew up, Sahin says, you have to choose between Dortmund's colors and Schalke's royal blue. He had the choice as a young player too, he says, but adds that for him there was no decision to make.

Sahin also confesses that he was a rather superstitious touchline helper for Dortmund.

Read more:  How will Michy Batshuayi fit in at Dortmund?

"A lot of time, I'd kiss the ball and say 'with this ball, Dortmund is going to score.' And when the ball went out, I threw my ball inside, hoping that they would please score with it," he says. "This is the magic, you know."

Sahin is by no means the only Dortmund player to talk about the magic of the club, its stadium or its fans. Nor is he the only BVB player to be tempted back. Just in the current midfield, Sahin, Mario Götze and Shinji Kagawa have all returned to BVB after struggling in pastures new.

Poached before it was cool, by Real Madrid 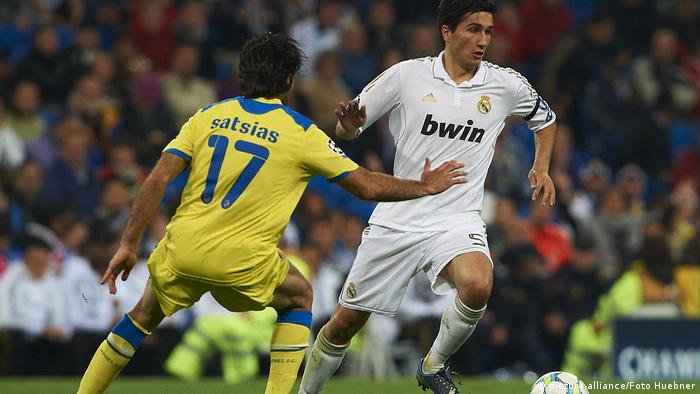 Of all Borussia Dortmund's top-class exports this decade, most recently Pierre-Emerick Aubameyang, you could argue Sahin was the first — and possibly the least successful.

Sahin blossomed during the first of Jürgen Klopp's back-to-back Bundesliga titles, maturing into the team's playmaker and set piece specialist. Real Madrid noticed the youngster's rather modest buyout clause of €10 million ($12.4 million) and promptly paid it.

But an immediate injury stopped Sahin from competing for playing time at the start of his first season in Spain. He never really recovered from this setback, failing to establish himself in the Madrid setup. A brief loan spell at Liverpool provided more football but within 18 months, Sahin was back at Dortmund — first on loan and later on a permanent basis.

"Don't get me wrong; I have a very nice family, I have a very healthy family. We are happy. But when I play football, I want to wear this," he says, gesturing to the Dortmund jersey. 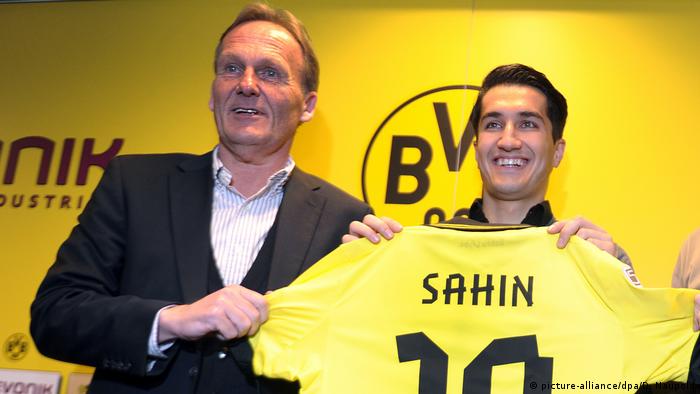 Sahin was back on loan within 18 months of moving to Real - six months later, Dortmund made the move permanent

The left-footed technician is no longer the precocious youngster Dortmund once sold — a player who still holds the records as the Bundesliga's youngest-ever starter (aged 16 and 335 days) and goal scorer (aged 17 and 82 days). Now Sahin's one of the most experienced heads in the dressing room, a close friend of club captain Marcel Schmelzer. The two live close to one another and often share lifts to training at the club.

Sahin, who jokingly describes himself as Dortmund's best-dressed player, also seems happy to take on a leadership role and dole out life lessons with his younger teammates.

"Football is perfect, but round about you you also need other things like that. I started to get interested in cars, in fashion, in healthy food, in how I have to sleep, take care of myself, enjoy my life. These things are also very important for the head, you know?" Sahin says. "This is also a thing I say to the guys. When they come to training in a tracksuit, now I say: 'Come on. Get up, get dressed and be fresh every day ... Just do it for yourself.'" 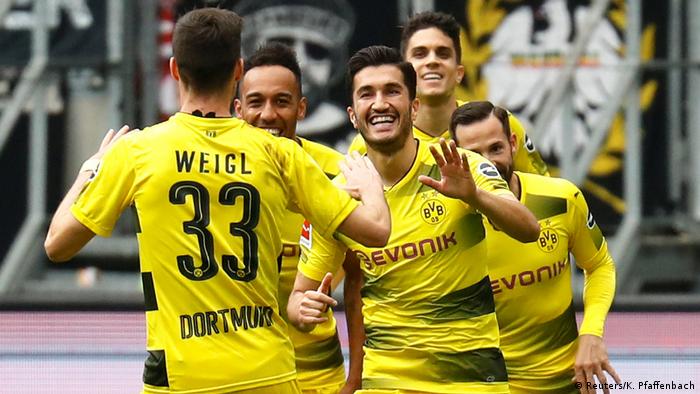 Nowadays, Sahin is more of a role model for other midfield talents like Julian Weigl

Where do you see yourself in 10 years?

Like so many members of Dortmund's team, including new Real Betis signing Marc Bartra who sustained scars that night, Nuri Sahin was on the Dortmund team bus when it was the target of a bomb attack last season. He described how surreal it was to experience such an attack in person, how "you never think it will happen to you one day." At one point, he says, he wondered whether he would ever feel secure again.

"When I came home and saw my wife and kids it was like ... it changed my life."

As for Sahin's future, it seems his Wanderlust is well and truly sated. Asked where he'd like to be in 10 years, he replies: "On the sideline of our stadium being the coach of this club."

That could mean yet more years of visits for his wife, Tugba, who's already very much a veteran at Dortmund games. But it seems, at least judging by her husband's version of events, that she wouldn't mind.

"You know our stadium. It's not very modern but also not very old; it's a mix of a historical stadium and this wall, and it's big and closed. Yeah, you...the smell is... you can smell it," Sahin says, trying to find the right words for the cauldron. "My wife, also, she is amazed every time she's in the stadium, it's crazy. Yesterday after the game we were in the car and she said, 'I can't understand why I always have this feeling because I was in the stadium maybe 1,000 times already.'"

Nuri Sahin is one of relatively few people who can claim an even higher number of Dortmund stadium visits than that. And he hopes to add hundreds more to his scorecard.