The train shipment of nuclear waste to a storage site in northern Germany has sparked massive protests and blockades. The last stretch is to be completed on Tuesday by trucks, but activists have vowed to block the way. 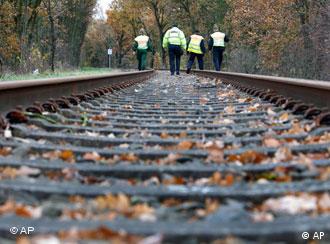 Demonstrators, including farmers with tractors, blocked roads as authorities loaded the nuclear waste cargo on trucks for the 20-kilometer trip to the final storage facility at Gorleben in northern Germany.

Greenpeace activists used a vehicle concealed as a beer truck to block the semis from delivering their nuclear cargo to its final destination.

The 123 tons of nuclear waste have been transported from northern France by rail to the city of Dannenberg. The last stretch to the Gorleben site is to be completed by truck as soon as police manage to clear the demonstrators blocking the way.

The train journey over the weekend had already been interrupted several times by massive protests along the way. 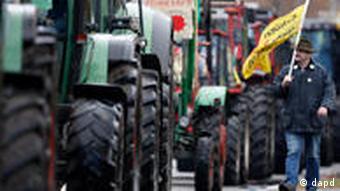 Another blockade awaits the nuclear waste in Gorleben

Green Party co-chair Claudia Roth, who took part in a sit-in blocking the streets over the weekend, defended the demonstrations and attacked Chancellor Angela Merkel's government for its new energy policy, which would extend the lifespan of Germany's 17 nuclear reactors by an average of 12 years.

"The coalition government has torn apart a societal consensus, provoking the citizens to action," she said. While protests have occurred every time nuclear waste has been transported in Germany, Roth said it was new "that so many groups are now getting involved" in the protests.

In an interview with public broadcaster ARD on Monday, Green Party parliamentary leader and former environment minister Juergen Trittin said the growth of the protests was a "clear answer" to the government's lifespan extension of nuclear reactors, which he called a "multibillion euro present" to the nuclear energy industry. 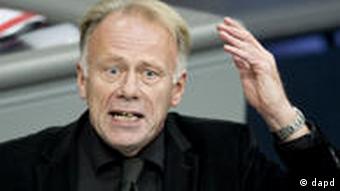 As environment minister, Trittin and the center-left government of Gerhard Schroeder enacted a plan to phase out nuclear energy in Germany by 2021.

He also said at that time that Green Party members should not demonstrate against the transport of nuclear waste - a situation which he said has now changed.

"We limited the lifespan of Germany's nuclear reactors, and thus limited the production of nuclear waste," he said. "Now there will be additional waste produced. That's the difference, that's what people are protesting on the streets - and they're right to do so."

Christian Democrat (CDU) Secretary General Hermann Groehe weighed into the debate Monday, saying Trittin's reversal on calling on Green members to renounce demonstrations back in 2001 was a clear example of double standards.

"To call for discretion in government times, but then to add fuel to the fire in opposition is the height of hypocrisy," Groehe said in Berlin on Monday.

Alexander Dobrindt, the secretary general of the CDU's Bavarian sister party, the Christian Social Union (CSU), accused the Greens of turning into the "political arm of the rioters, arsonists and stone throwers."

He added that Green Party leaders Claudia Roth and Cem Oezdemir were lending "moral support to the violation of the public peace."

Green Party on the rise 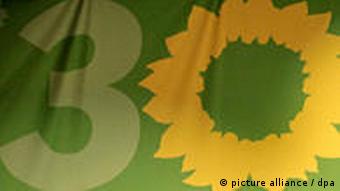 Nuclear energy is a highly contentious issue in Germany, and recent polls suggest that the Green Party has benefitted from the rising anti-nuclear sentiment stoked by the government's energy policy.

A weekend survey by ARD found that a record 22 percent of voters would support the Green Party if an election were held now.

Oezdemir wrote in an article published Monday in the daily Hamburger Abendblatt that the massive mobilization should lead to a greater public engagement in organized politics.

"I would really hope that as many as possible of these well-informed, educated and engaged people of all age groups and backgrounds are also looking toward the path of organizations, political parties and the government," he said, referring also to the popular movement against the "Stuttgart 21" rail station renewal project.

He added that the protestors were neither "naively idealist nor egotistical, nor radical."

The massive demos along the route of the radioactive waste transport to Gorleben have benefitted from other hot spots like Stuttgart 21, a controversial infrastructure project. (08.11.2010)

Nuclear protest: a chronology of events