German Chancellor Angela Merkel will meet with ministers and industry chiefs on Monday to plot strategies for long-term energy security. Nuclear power will likely heat up the debate. 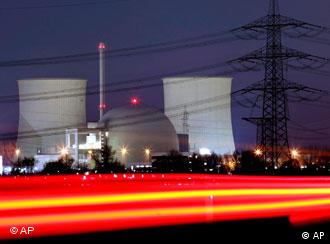 Nuclear power plants provide about a third of Germany's electricity

Amid concern about Europe's dependence on Russian and Middle Eastern oil and gas, sharp disagreements over the role of nuclear power still rage in Germany. Chancellor Merkel, Economy Minister Michael Glos and Environment Minister Sigmar Gabriel are scheduled to meet with top managers from German utilities and other major firms in the chancellor's office in Berlin on Monday evening. It will be the first of a series of summits and working group meetings aimed at developing strategies for the next 15 years.

"We must understand that we have a task that reaches far beyond this parliamentary term, so all subjects will be on the table and different opinions will certainly be exchanged on some points," Merkel told reporters on Monday before the meeting. Representatives of labor unions and consumer groups, as well as Klaus Töpfer, the head of the United Nations Environment Program, have also been invited to the talks. 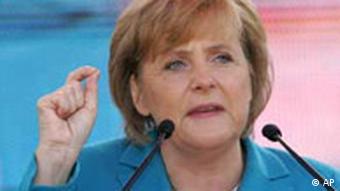 Nuclear power will be a hot topic

"Nuclear power will also be on the agenda," said Jürgen Rüttgers of the Christian Democratic party (to which Merkel belongs) and premier of North Rhine-Westfalia. "The Social Democratic party and Green party can't ignore the question of where 30 percent of our energy in Germany is to come from in the future," said Rüttgers, referring to the amount nuclear plants have supplied until now.

The country's Christian Democrats (CDU) and Social Democrats (SPD) have been divided over nuclear power. Recent threats by Russian gas giant Gazprom to cut off gas supplies to Ukraine if it did not pay higher prices prompted conservatives near Merkel to demand that Germany slash a planned phase-out of nuclear energy in Germany.

The gradual shutdown of all Germany's nuclear power plants was agreed upon in 2000 by the government of former SPD Chancellor Gerhard Schröder and his then-coalition partners, the Greens.

Despite Germany's increasing dependence on Russian gas -- Gazprom and two German firms are building a gas pipeline from Siberia to Germany -- the SPD are firm on the phase-out and forced the conservatives to back their line in a coalition agreement after last year's elections.

But pro-nuclear conservatives have not given up. A paper for the summit authored by Christian Union parliamentarians said that nuclear energy "remains a competitive and CO2-free form of energy that is absolutely essential for the foreseeable future."

Alternative energies are a long-term goal

Germany has 17 nuclear power plants, with nuclear reactors providing 30 percent of the electricity the country's 82 million people require. Some states, however, use a much higher percentage of atomic energy and strongly oppose the phase-out. 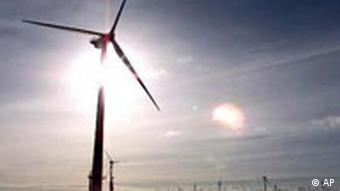 Christian Wulff, conservative state premier of Lower Saxony, said Germany's precarious economic recovery could not handle an increase in already-high power costs. We need an appropriate energy mix that is not based on ideology but on technology, environmental friendliness and price," he said in an interview with the Bild am Sonntag newspaper.

Environment Minister Gabriel of the SPD disagreed and told the Welt am Sonntag paper that there was no need for nuclear energy and that even coal, used to produce half of Germany's electricity, was undergoing a "renaissance." He also said that "by 2020 it will be possible to cover 20 to 25 percent of our energy demand with renewable sources."

The center-left SPD and conservative CDU/CSU -- as "grand coalition" partners in government -- do agree that Germany must boost investment in environmentally friendly alternative sources of energy.

Q-Cells AG, a maker of solar cells, became the latest alternative energy company to make its debut on the German stock exchange on Wednesday, with its shares showing warm gains on their first day of trading. (October 7, 2005)

G8 countries were divided Thursday on ways to ensure long-term world energy security, as the EU admitted its members had diverging views on ambitious plans for developing nuclear power being pushed by Russia and the US. (March 16, 2006)