The Cervantes Prize, the highest literary honor in the Spanish-speaking world, was handed to Spanish novelist Eduardo Mendoza. With a unique voice, he took a new look at the crime novel, but explored other genres, too. 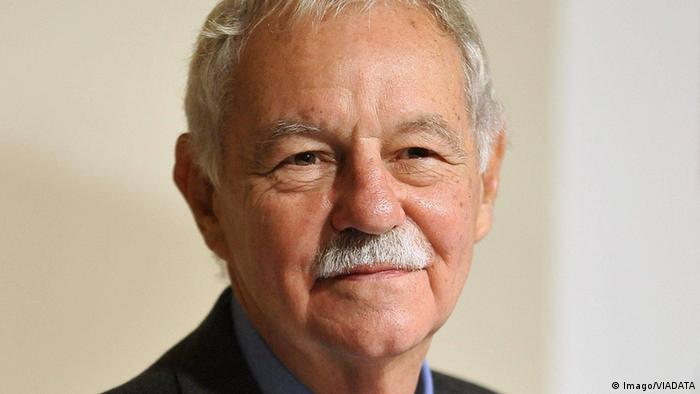 King of Spain Felipe VI presented on Thursday the award to the author Eduardo Mendoza for his body of work, including many books which are set in his native Barcelona and which provide a historical accounting of the city.

The ceremony took place in the central town of Alcala de Henares, the birthplace of Miguel de Cervantes, author of "Don Quixote."

After studying law and working as an interpreter at the United Nations in New York City, Mendoza published his first novel in 1975. "La verdad sobre el caso Savolta" (The Truth About the Savolta Case) is a thriller that takes place in the Savolta weapons manufacturer and includes anarchists and a violent underworld.

Reinventor of the crime novel

The 74-year-old author's humorous take on the detective novel ushered in a new era of storytelling in Spanish literature. His is a unique voice, which has won many fans even in translation.

His other works include "La ciudad de los prodigios" (The City of Marvels, 1986), "El Año del Diluvio" (The Year of the Flood), a fictional look at post-war Spain and "Una comedia ligera" (A Light Comedy).

A five-book saga parodied detective novels and Gothic narratives along with two science-fiction novels round off his oeuvre.

Previous recipients of the Cervantes Prize include Mario Vargas Llosa and Juan Marsé.

Novelist and playwright William Trevor was a short story master who often wrote about scarred, socially isolated protagonists. A constant object of speculation for the Nobel Prize, he has died at the age of 88. (22.11.2016)

It took him two weeks to acknowledge that he'd won the Nobel Prize for Literature, and now Bob Dylan has said he will not attend the award ceremony on December 10 in Stockholm. (16.11.2016)

The Georg Büchner Prize, the most important literary accolade for the German language, goes this year to writer Marcel Beyer, renowned for his exploration of Nazi history through experimentation with language. (04.11.2016)