The Georg Büchner Prize, the most important literary accolade for the German language, goes this year to writer Marcel Beyer, renowned for his exploration of Nazi history through experimentation with language. 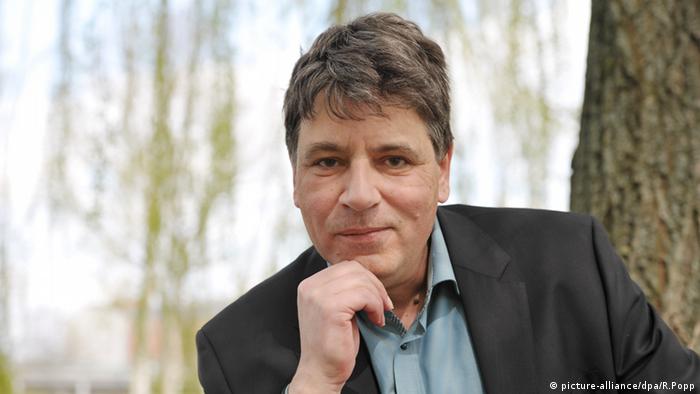 Whether through poems or novels, essays or opera librettos, Marcel Beyer has continually pursued his exploration of language; the author "masters the epic panorama just as well as poetic microscopy," declared the jury of the award. Endowed with a cash prize of 50,000 euros ($55,000), the prize will be presented on November 5 in Darmstadt.

Marcel Beyer, born on November 23, 1965, has worked as an editor for a literary magazine called "Konzepte" and a contributor to the music magazine "Spex" in the 1990s. From 1989, he has also published a series called "Vergessene Autoren der Moderne" (Forgotten Modernist Authors).

His debut as a novelist came in 1991 with the book "Das Menschenfleisch." The title means "human flesh," though it has not been translated into English.

His 1995 novel, "Flughunde," obtained international recognition: It was translated as "The Karnau Tapes" (1997) and was also adapted into a graphic novel by Ulli Lust in 2013. It presents a fictional account of Helga Goebbels, the daughter of the Nazi Minister of Propaganda Joseph Goebbels.

The author explores through this work how language was manipulated during the Third Reich through propaganda and experimentation with human voices.

He also published essays, poetry and librettos for operas. He has received several literary awards, including the Kleist Prize in 2014.

The Georg Büchner Prize, along with the Goethe Prize, is considered the most important literary prize for the German language. It is named after the author of the influential German play, "Woyzeck."

The literary prize is awarded annually by the German Academy for Language and Literature to authors "writing in the German language whose work is considered especially meritorious and who have made a significant contribution to contemporary German cultural life."

The Georg Büchner Prize - one of Germany's top literary accolades - has been awarded to Rainald Goetz. The German author and playwright is acclaimed for his fusion of social realism and pop culture. (08.07.2015)

The author Sibylle Lewitscharoff has won Germany's renowned Georg Büchner Prize. The Berlin-based writer was credited with helping to reinvent prose and redefining the boundaries of reality. (26.10.2013)