Novelist and playwright William Trevor was a short story master who often wrote about scarred, socially isolated protagonists. A constant object of speculation for the Nobel Prize, he has died at the age of 88. 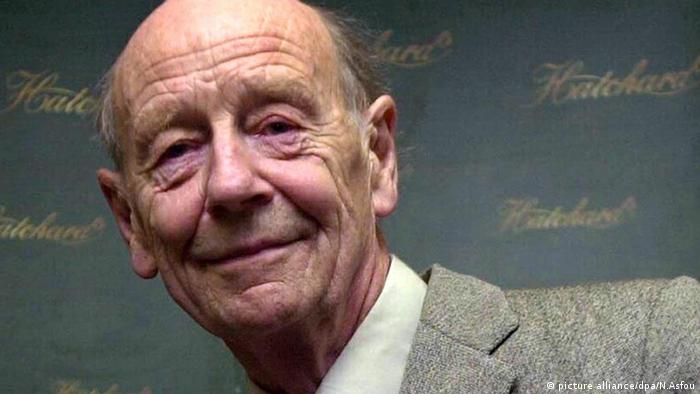 William Trevor probably would have been uncomfortable onstage in Stockholm - being in the limelight wasn't his thing. The Irish novelist, who left behind 15 novels and dozens of short stories, loved solitude and seclusion.

Along with his wife, the reclusive elder statesman of the Irish literary world lived far from the big cities in his adopted home of Devon, in England's rural southwest. He was "a humble and retiring man who did not like to talk about his works," said his British publisher Penguin on Monday, after Trevor's death at the age of 88 on November 20.

Despite missing out on the Nobel Prize, Trevor's books nonetheless won many awards - he was awarded one of Britain's top literary prizes, the Whitbread, three times, and was knighted by Queen Elizabeth II. In the US, he was elected as foreign honorary member to the American Academy of Arts & Sciences in 2006. 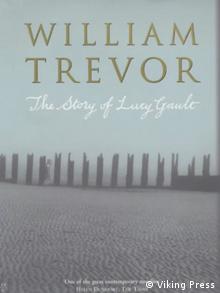 Trevor was born in Mitchelstown, County Cork in 1928, and his Irish childhood and Protestant family shaped his life and work. In later interviews, he would say his parents never really understood each other, and that Trevor and his two siblings suffered as a result. His father was a banker, which meant that the family moved often. Trevor would eventually leave his native country early in life, and permanently settle in England.

After studying history and working for some time as a teacher, Trevor initially became a sculptor. Later, in an interview with the "Frankfurter Allgemeine Zeitung" newspaper, he described how his earlier profession had shaped his writing style.

"For each of my short stories, for each of my novels, I produce a plethora of text from which I then cut out the narrative, literally, with scissors," he said. This habit became one of Trevor's great strengths.

Master of the short literary form

Trevor's novels such as "The Old Boys," "The Boarding House," "The Children of Dynmouth" and "The Story of Lucy Gault" always featured psychologically fleshed-out characters, as did his many novellas and short stories, which often appeared in "The New Yorker." Trevor was a master of the short literary form, with many experts acknowledging his extraordinary strength in this area.

Trevor's books revolved around characters who refused to be part of the mainstream, and consequently were often social outsiders. Escape from the constraints of small-town life was also often a theme. His characters were melancholic searchers, who not infrequently failed to meet their own goals and ideals, only to see marriage and intimacy suffer.

But Trevor's literary approach also managed to link his characters to something universal. "As with Joyce, Trevor's insights were not limited to a particular type of person, but could be found in regular people of all ages," said Ulrich Martzinek, an expert on Trevor's body of work at the University of Regensburg, referring to the early short story collection "Angels at the Ritz and Other Stories."

Trevor wrote of "unobtrusive human experiences, encounters with the reality of human existence and the inadequate nature of human beings, which are reflected in different levels of consciousness," said Martzinek. 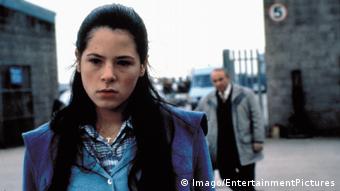 Drawing on his own life experiences, Trevor's novels were often set against the background of the complicated relationship between Ireland and the United Kingdom.

With a foot in both worlds, he was able to understand both sides - though in his native Ireland, he would almost certainly not have written the stories he did.

Austrian poet and novelist Ilse Aichinger has died at the age of 95. Being half-Jewish, she and her family were subjected to persecution by the Nazis, a topic that was central to much of her writing. (11.11.2016)

'To Kill a Mockingbird' author Harper Lee dies at 89

The acclaimed and elusive American novelist Harper Lee has died in her Alabama hometown at the age of 89. The Pulitzer Prize-winning author was best known for her masterpiece, "To Kill a Mockingbird." (19.02.2016)

The queen of popular novels about the rich and famous has died of breast cancer, at 77. The British-born writer published 32 novels which sold 500 million copies in 40 countries. (20.09.2015)