Novak Djokovic in Australia immigration detention ahead of deportation ruling

The number one ranked tennis player awaiting a federal court decision after his visa was revoked for a second time on Friday.

Serbian tennis star Novak Djokovic will reportedly be spending Saturday in an Australian immigration detention hotel in Melbourne, as he awaits a federal court decision on whether he will be deported. The hearing is due to take place Sunday morning.

A witness for Reuters news agency reported seeing Djokovic arriving at the Park Hotel in Melbourne, which is the same immigration detention hotel where he was held for four days last last week.

The Associated Press reported that the Djokovic had been seen on television footage in the back of a vehicle, wearing a facemask, "near an immigration detention hotel." 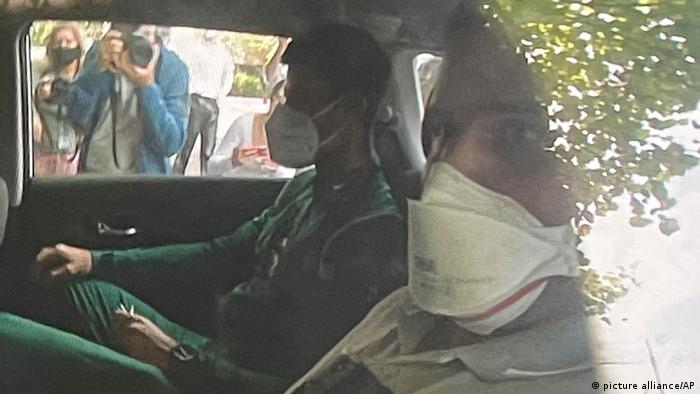 Australian immigration authorities cancelled the star's visa for a second time on Friday, despite a court overturning the first visa cancelation.

Immigration Minister Alex Hawke said on Friday that the decision was made "on health and good order grounds."

Djokovic's legal team requested an injunction on his deportation, just hours after government's decision was made public.

In court filings calling for his deportation, Australian authorities have argued Djokovic's continued presence in the country "may foster anti-vaccination sentiment."

Djokovic's COVID-19 exemption, allowing him to play in the Australian Open, sparked heavy controversy. Australia has seen some of the world's most stringent lockdown measures since the global pandemic began. The original decision allowing exemption and entry to Australia to play in the events led to anger among many Australians.

There has been much criticism over the star's vaccination status, but also the Australian government's handling of the situation.

The unvaccinated star, who has won the Australian Open 9 times, was hoping to achieve a record 21st major title.

If deported, Djokovic could be banned from entering Australia for three years.