Norwegian wealth fund plans to divest of oil and gas | Business | Economy and finance news from a German perspective | DW | 16.11.2017

Norwegian wealth fund plans to divest of oil and gas

Norway's trillion-dollar sovereign wealth fund is proposing to drop oil and gas companies from its holdings, saying it already has enough exposure to the industry and wants to protect against fluctuating oil prices. 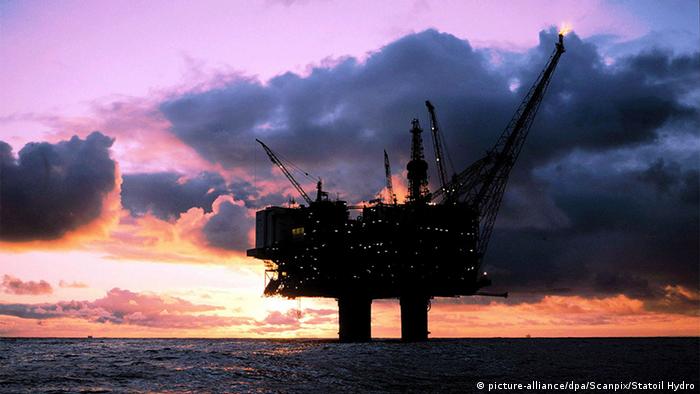 Oslo is set to decide in the fall of 2018 on backing a proposal from the country's sovereign wealth fund — the world's biggest — to cut oil and gas companies from its benchmark index.

In a letter to the government, the Norwegian central bank, which manages the fund, said on Thursday that the move would make Norway "less vulnerable to a lasting decline in oil prices."

"This advice is based exclusively on financial arguments and analyses of the government's total oil and gas exposure," the bank's deputy governor Egil Matsen said in a statement. "It does not reflect any particular view of future movements in oil and gas prices or the profitability or sustainability of the oil and gas sector," he added.

The Scandinavian country is Western Europe's biggest oil and gas producer. The sector accounts for 14 percent of Norway's gross domestic product (GDP). Any fall in crude prices, as has been the case since the summer of 2014, affects the state's revenues and the fund's investments, upon which the state is increasingly dependent to balance its budget.

If accepted by the finance ministry and adopted by parliament, the fund would gradually divest billions of dollars from oil and gas stocks. The fund could dump up to $40 billion (€33.9 billion) worth of shares in international oil giants such as Royal Dutch Shell, BP, Chevron and Exxon Mobil.

Finance Minister Siv Jensen said in a statement that the concern raised by the central bank was "extensive and has many facets."

"The government is responsible for the Norwegian economy in its entirety and has to adopt a broad and comprehensive approach to this question," she said.

Commonly referred to as "the oil fund," Norway's wealth fund is fueled by the state's oil revenues, which have dropped sharply in recent years. Its holdings are currently worth about 8.24 trillion kroner (€854 billion, $1 trillion), invested primarily in shares (65.9 percent) as well as bonds and real estate.

The oil and gas sector accounts for 5.5 percent of its equity investments. The fund has already divested from coal for both environmental and financial reasons.