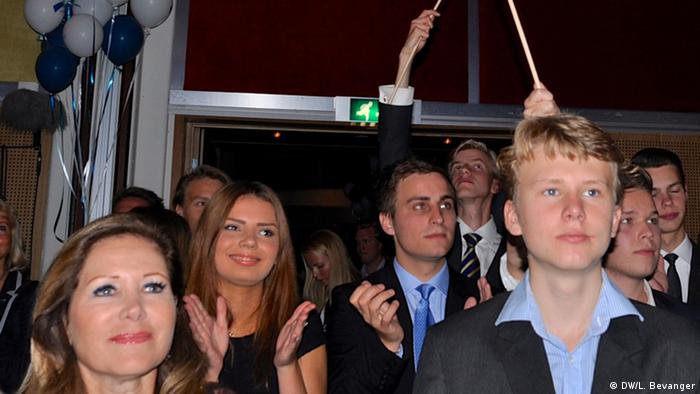 Yet despite much praise for the way Prime Minister Jens Stoltenberg led his party and the country through the aftermath of the atrocities, and despite Norway's booming economy and record low unemployment, voters on Monday turned to the right. 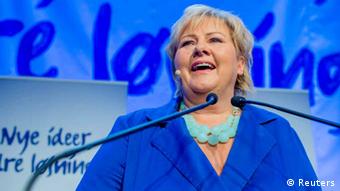 "Today it's 24 years since we had a Conservative prime minister, and in the upcoming weeks I hope we will have a new one."

The Conservative leader Erna Solberg is expected to put together and lead a center-right coalition in time for October, when Stoltenberg says he will step down after presenting his government's last budget.

Vast North Sea oil and gas reserves have made Norway one of the world's wealthiest countries. But consecutive governments have been careful to put most of it aside in a fund which is now worth $750 billion. Under Jens Stoltenberg's government the fund has grown exponentially, along with the national economy.

Some find it hard to explain why voters opted for change in a country that has done better than any other in Europe during the economic downturn.

"I think the key reason is a sort of fatigue with the sitting government," Johannes Berg, of the Institute of Social Research in Oslo, told DW.

"They've been in government for eight years, which is quite unique in recent history in this country. And the fact that we're doing so well right now might be a good reason for people to change government because now we're not in a crisis, we're not in a difficult situation.

"So this might be a good time to try something new, to maybe even experiment with having the Progress Party in government," Berg said. 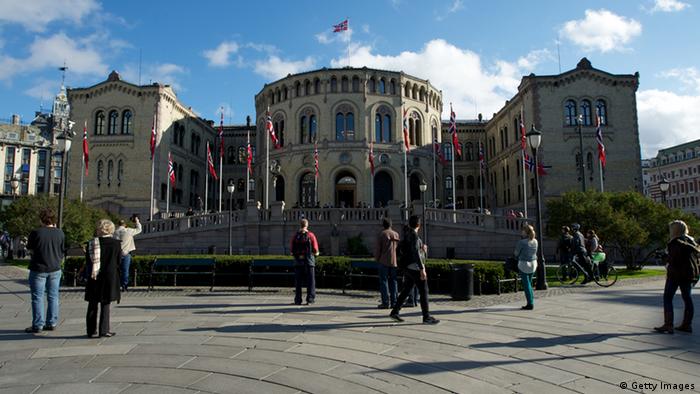 Coalition governments are the norm in Norway. Despite strong gains, the main opposition Conservative Party fell well short of an overall parliamentary majority on Monday and must now start coalition talks with other parties on the right.

For first time Conservative leader Erna Solberg - now prime minister in waiting - has said she is ready to include the populist Progress Party in a coalition government.

The Progress Party has long campaigned on an anti-immigration ticket, but it has moved away from some its anti-Islamic rhetoric after the extreme-right 2011 terror attacks.

Immigration did feature prominently in the Progress Party's manifesto, however. Some of their MPs promise to press hard for stricter immigration policies in coalition talks.

"When we see religions like Islam coming and telling women what to wear, what to say, stay at home, how they bring up their children - I feel worried about that," said Christian Tybring Gjedde, a Progress Party MP for Oslo.

"We need to have certain values as a standard in Norway, based on human rights from the United Nations - equality of the sexes, freedom of speech, no sharia [law]. This we have to be extremely strict on and not accept any lingering or wavering on these issues. We have to be very, very firm," he said. 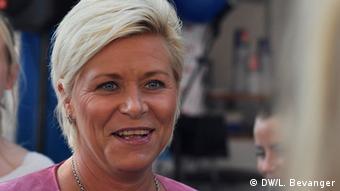 Jensen of the Progess Party is looking to enter government

Twelve percent of Norway's population is made up of immigrants, most coming from Poland and Sweden. Just 13 percent of new immigrants are Muslims. Conservative leader Solberg told DW she wanted to continue Norway's existing immigration policies, and was ready to challenge the Progress Party on that in coalition talks:

"There are some of their proposals that we disagree on. We don't think all asylum seekers should be kept in closed camps [as proposed by the Progress Party]. We have red lines, of course," Solberg said.

With 48 seats against the Populist Party's 29, Solberg's Conservatives should have an easier job negotiating a government platform suited to their own manifesto.

"I think these negotiations will be difficult, but they are in no way impossible," Frithjof Jacobsen, a political commentator on the daily VG, told DW.

He believed the Conservatives' focus on investing in research, education and industries other than the now nearly all-encompassing oil and gas sector had won them many votes.

"We have some huge challenges in Norway; we are very dependent on our oil and gas economy. We need to make sure that our businesses are prepared for a time when this oil and gas might not be such a big source of income," said Jacobsen. 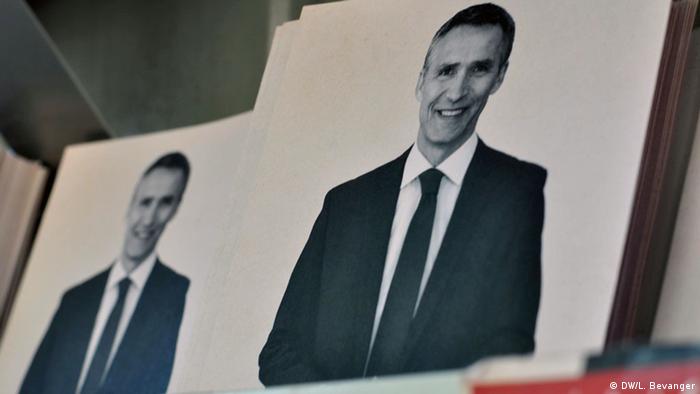 Jens Stoltenberg, once immensely popular in Norway, has seen his approval ratings drop

Some 30 survivors of Breivik's shooting spree at the Utoeya summer camp for Labour party youth ran for parliament in these elections. One of them, Stine Renate Haheim from Valdres northwest of Oslo, said democracy had become even more important to her now, regardless of the poor outcome of her party.

"You became painfully aware that our democracy is not something we are given - it is something you must fight for every day. All the political youth organizations have got more members [after the attacks] and that is a clear message from youth that they want to safeguard our democracy."

Norway in a quandary over its wealth

Sparkling fjords, breathtaking scenery, piles of cash: There's not much Norwegians can complain about as they go to the polls Monday to elect a new parliament. But what are voters to do when they have everything? (08.09.2013)