Norway in a quandary over its wealth | Europe| News and current affairs from around the continent | DW | 08.09.2013

Norway in a quandary over its wealth

Sparkling fjords, breathtaking scenery, piles of cash: There's not much Norwegians can complain about as they go to the polls Monday to elect a new parliament. But what are voters to do when they have everything? 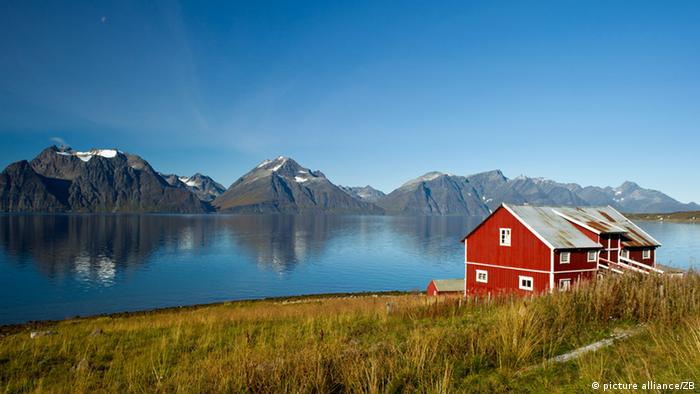 From the backyard, one can look through a pair of trees to the Trondheimsfjord below. The water is glistening in a golden sunset. It's a cool, late-summer evening in the small Norwegian city of Stjørdal, roughly 30 kilometers east of Trondheim. Lights flicker on inside the beautiful, single-family units of this housing development in Geving; mosquitoes circle gardens in search of an evening meal. Rune Vist leans against his balcony railing, sipping on a bottle of beer, and hollers down toward the fjord.

"Living here is better for the family," he says. "It's a beautiful place for children. It's also more peaceful and relaxed - higher quality of life."

The 41-year-old financial broker works at a large Norwegian bank in Trondheim. Every morning he takes the bus into the city, returning home at about 4 p.m. to his family.

After living in the capital city of Oslo for ten years, Vist, his wife, Nina, and his two young daughters only recently moved into their new home. It's a pre-fabricated home from a catalog: bright, modern, large glass windows, spaciously partitioned inside with high ceilings. The living space is 250 square meters (2,690 square feet) spread over three floors - a lot of space - and the price tag shows it. 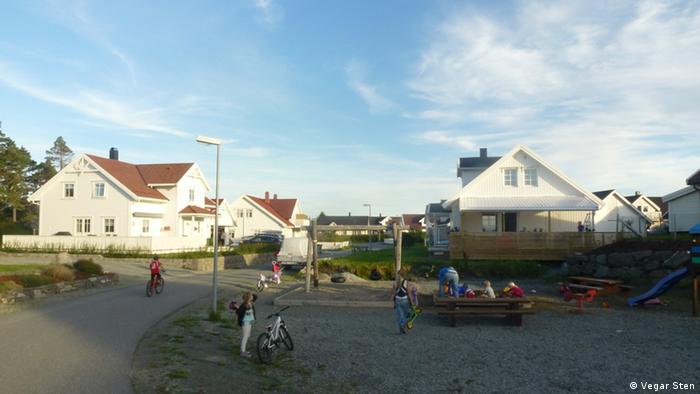 Geving - A neighborhood in Norway - modern and expensive

Vist's wife, Nina, steps outside. She needs help with her daughter's tablet computer. "We paid six million krones for our house," she says. That's around 750,000 euros ($988,000). Real estate prices in a small, Norwegian city can easily keep up with those in a major German city. Still, towns like Stjørdal, are being developed everywhere in Norway.

"The immigration of skilled labor to Norway is currently very high," says Rune. "There's too little property. That's why it's worth it at the moment to buy houses in order to rent them out."

Most Norwegians, however, prefer to invest in their own homes. Like the Vists and their neighbors, a young couple with two children who have just bought their second home in a short period of time. In Norway, even young families receive easy credit - or at least, with a little money in the bank and a job contract. And work is something that just about every Norwegian has. National unemployment stands at just over three percent; in Stjørdal it's even lower. The two neighbors, Atle and Lina Eikedal, are both employed. She's a stewardess, and he, a manager at the Trondheim airport. After a little work in the backyard, they load a lawnmower into a trailer together with Atle's father, Stig. Behind the new house the grass has to be mowed for the first time. All three salute each other happily.

Easily-financed homes, hardly a sign of unemployment anywhere, and any time there's a survey about the quality of life in Europe, Norway is high on the list. Do Norwegians have any problems at all?

"Our streets are poor - our train system, too," says Stig Eikedal. Beggars, he adds, should disappear from the streets. "And besides, a higher percentage of the oil funds should flow into our social welfare system. There's enough money there. Why not invest it here in our own country?" 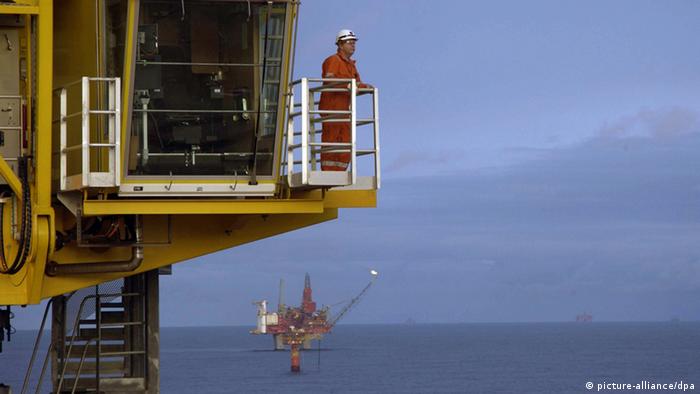 Potholes, a handful of illegal immigrants from eastern Europe, begging, and a bit of disunity over how much money should be diverted into the social welfare system? That's it? Other countries would be glad if that was the extend of their problems.

Still, in Norway these are central issues that could sway the outcome of Monday's parliamentary election (09.09.2013). Prime Minister Jens Stoltenberg of the social-democratic Labor Party has a reputation for not being assertive enough. On the one hand, he received praise after the Utøya massacre for his prudent upholding of Norway's open-minded society; on the other, in the eyes of many, he hasn't lived up to expectations regarding the development of the country's infrastructure and the social system.

Many Norwegians would like to see a strengthening of the latter by tapping into revenues generated by the national oil fund, fueled by gas and oil fields off the Norwegian coast. It's a topic that Rune Vist, too, is familiar with. 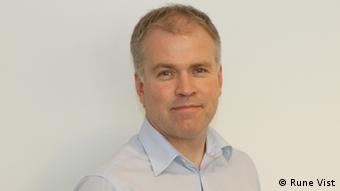 Rune Vist wonders what Norway should do with all its money

"Norway's national oil fund is split in two: A smaller part is being invested in the country, providing funds for public retirement and social security systems. The other larger part is being used exclusively for investments abroad," Vist explains. During the time he worked in Oslo, he had been advising large companies on their international investments; among them, the national oil fund, oftentimes involving considerable amounts of money: "The Oil Fund holds between one and two percent of all European stocks," Vist says. "That makes Norway globally the largest public investor." Currently, the fund is said to be worth around 560 billion euros ($738 billion) - a nice bit of change for a country of 4.9 million - should it ever be needed.

And it's a fortune that keeps growing - after all, it's being reinvested prudently: "The investment key currently lies at 60 percent in stocks, 35 percent in loans and five percent in property," Vist says. "Recently, the Oil Fund has made large scale property investments in London, Switzerland and the US. In London, a section of Regent Street - a big shopping street - was purchased; in Switzerland it was the company headquarters of Credit Suisse in Basel, and in the US a number of shopping malls and the like."

Rune Vist calls these "sensible investments" - and follows suit: After all, he has just made a costly property purchase himself - in a quiet, peaceful future by the fjord.

The Norwegian government is in the process of deciding what to do with the buildings damaged in the 2011 bomb attack in Oslo. DW spoke to Ellen Oeseth, state secretary of the environment ministry, about the debate. (23.08.2013)

Arctic witch hunt at the 'gates of hell'

Seventeenth century witch hunters believed the entrance to hell was in the north, and Norway's high arctic saw some of Europe's worst persecution of people accused of witchcraft. Now a monument commemorates their lives. (07.08.2013)

Norway heads to the polls on Monday. The vote has special significance as it comes two years after 69 people were massacred on the island of Utoya. DW met 29-year-old survivor and election candidate, Vegard Wennesland. (08.09.2013)