Arctic witch hunt at the 'gates of hell'

Seventeenth century witch hunters believed the entrance to hell was in the north, and Norway's high arctic saw some of Europe's worst persecution of people accused of witchcraft. Now a monument commemorates their lives. 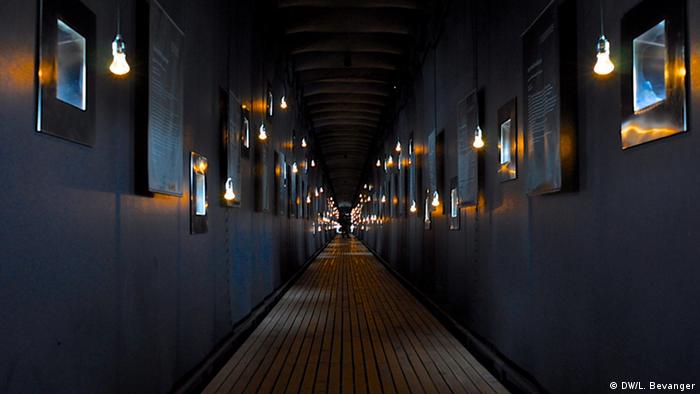 The corridor gives small glimpses of the personal backgrounds and fates of those killed.

Between 40,000 and 50,000 people were killed during 16th and 17th-century witch hunts in Europe. Some of the major persecutions of those (mainly women) believed to be colluding with the devil took place in central European countries like Austria, Germany and Switzerland.

But some of the most ferocious persecution took place in tiny communities in the remote Arctic Norwegian county of Finnmark, where nearly a hundred women and men were burned at the stake.

Now, almost 400 years later, their personal stories are being retold inside a giant memorial built above the place where many of them were killed. 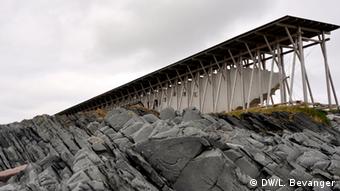 The monument sits on the beach

"It is 145 meters long, and you get this feeling when you come inside that it is a long and painful way to go," historian Liv Helene Willumsen told DW, describing the interior of the Steilneset Memorial to the Victims of the Witch Trials in Vardø.

She has spent several years researching and transcribing court records from the trials of 135 people who were accused of witchcraft in the northern county of Finnmark between 1600 and 1692. Ninety-one of them, mainly women, were executed.

Even today, the town of Vardø is difficult to get to - it's at least a three and a half hour flight from the capital, Oslo. Four hundred years ago, the journey would have taken weeks. But the continental European ideas of witchcraft still reached this far north, and they did so with a vengeance. 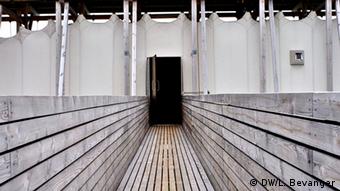 135 people were killed in Finnmark after being accused of witchcraft

Even though less than one percent of Norway's population lived in Finnmark during the time of the witch hunts, 31 percent of all of the country's witch hunt executions took place there.

To the 'Gates of Hell'

"The intensity [of the persecution] in Finnmark was very, very strong because the local courts acted more or less on their own. It was a long way to Copenhagen [the capital of Norway under Danish rule at the time]. It took several weeks to get a decision from there. This geographical distance must have had an impact on the trials," said Willumsen. 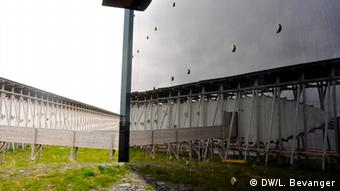 In Europe, the idea was that people of the north were more inclined to witchcraft than in other places

"And so did this idea that evilness could be found in the north and that even the entrance to hell was in the north," she added. "There was an idea in Europe that in the north people might be more inclined to witchcraft and evilness than other places."

Unlike today's common depiction of hell as a fiery hot place, the image of the devil dwelling in an icy abyss was not unusual at the time of Europe's witch hunts. Perhaps the most famous depiction of hell - in the Italian poet Dante's "Inferno," – the devil is described as being frozen in a lake of blood and guilt. 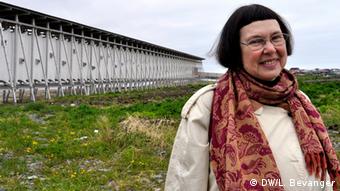 The Steilneset Memorial was designed by Swiss architect Peter Sumthor and the late French-American artist Louise Bourgeois. Built on the site where the witch hunt executions are believed to have taken place, it comprises a corridor constructed out of sailcloth held up by an external wooden frame, and a cube-shaped black glass building.

The public can walk through the corridor's dimly lit interior. Extracts from the court cases of all of the 91 people executed for witchcraft are printed on little plaques lining the walls, giving small glimpses of the personal backgrounds and fates of those killed.

"You get this feeling when you come inside that it is a long and painful way to go. It is very narrow inside. And you get the names and the destinies of these people very close to you - you cannot escape, you must go through it," explained Willumsen. 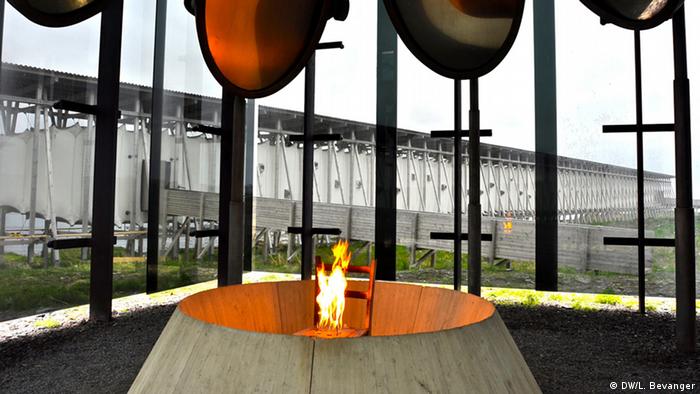 When visitors emerge from the far end of the corridor, they can enter the glass cube. It houses a wooden chair with five live flames burning out of its seat. These represent five members of the same family, all executed for witchcraft. Seven giant mirrors surround the burning chair, acting as reminders of silent onlookers who do nothing to prevent the injustice taking place in front of them.

The monument was officially opened in 2011 by Norway's Queen Sonja, who called the witch hunts a dramatic and dishonorable part of her country's history.

"This monumental work of art conveys the story of the horrible assaults and the persecution which was going on at that time," the Queen said.

The monument has more than just historical value, said Per Ritzler from the public roads administration:

"It is a memorial, but we can draw parallels to the present day and the future, and use this as a lasting reminder of the assaults and breaches of human rights which still go on today," he told DW.

As global warming thaws sea ice, the maritime route along the northern coast of Russia linking Europe and the Far East is gradually opening. The 13,000-sea mile passage could almost halve the current travel time. (28.06.2013)

As both Norway and Russia race to extract potentially vast amounts of energy from the Barents Sea, a small Norwegian town in the high Arctic could become the hub for a new era of oil and gas exploration. (06.06.2013)

Listen to Lars Bevanger's report from Norway on Inside Europe