Norwegian officials said the alleged shooter was known to the police as a potentially radicalized Islamist and had a history of mental illness. Oslo's Pride parade, which was planned for Saturday, has been called off. 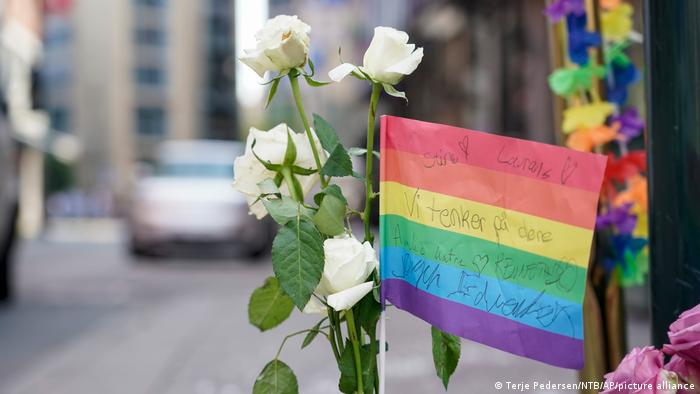 The shooting came hours before the planned annual Oslo Pride parade, which was later canceled

Norway raised its terror alert level after a man killed two people outside a popular LGBTQ nightclub in Oslo early on Saturday.

Police said the alleged shooter was known to the police since 2015 as a suspected radical Islamist. The authorities are treating the incident as an "act of Islamist terrorism," the officials said.

The suspect "has a long history of violence and threats" as well as mental illness, authorities said. Roger Berg, the acting chief of Norway's domestic intelligence service PST, said the alleged shooter has been on the agency's radar n suspicion of membership "in an Islamist extremist network."

Previously, police confirmed two people had been killed and more than a dozen injured in the shooting, which came just hours before Oslo's annual Pride parade.

The parade's organizers, Oslo Pride, said police advised them to cancel the event.

"Oslo Pride therefore urges everyone who planned to participate or watch the parade to not show up. All events in connection with Oslo Prides are canceled," organizers said on the official Facebook page of the event.

The incident happened near the London Pub in central Oslo, according to reports. Norwegian broadcaster TV2 showed footage of people running in the streets in panic as shots rang out in the background.

"I saw a man arrive with a bag, he picked up a gun and started to shoot," said witness Olav Roenneberg, who works for the public broadcaster NRK. "First, I thought it was an air gun. Then the glass of the bar next door was shattered, and I understood I had to run for cover."

"The shooting outside London Pub in Oslo tonight was a cruel and deeply shocking attack on innocent people," Prime Minister Jonas Gahr Store said in a Facebook post.

He added that the shooting had caused fear and grief in the LGBTQ community. "We all stand by you," Store wrote.

Police said they had detained a 42-year-old Norwegian citizen of Iranian origin minutes after he began shooting. He was apprehended with the help of citizens, police added.

The suspect is believed to have acted alone, according to the police. They said they retrieved two weapons, including a fully automatic gun, from the crime scene.

"There is reason to think that this may be a hate crime," a police official told reporters in Oslo. "We are investigating whether the Pride was a target in itself or whether there are other motives."

Although a relatively safe country, Norway has experienced violent attacks by right-wing extremists, including one of the worst mass shootings in Europe. In 2011, a gunman killed 69 people — most of them teenagers — on the island of Utoya after setting off a bomb in Oslo that left eight dead.