Northern Ireland's New IRA: What is it?

The New IRA isn't all that new. It's been around since 2012, and has roots in dissident Irish republican groups of old. 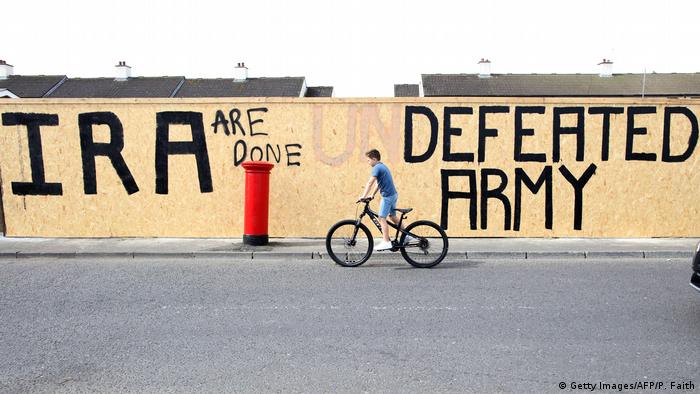 Despite its name, the New IRA is firmly wedded to the past. The group has its origins in republican splinter organizations that formed in opposition to the Northern Ireland peace process of the 1990s.

The group's admission of guilt over the killing of 29-year-old journalist Lyra McKee was no surprise for Londonderry/Derry's nationalist community, although its excuses angered many.

The New IRA had accused police of provoking rioting that preceded the gun attack in which McKee died. It said the journalist had been "standing beside enemy forces." The qualified admission came after pressure to apologize from far-left republican group Saoradh (meaning ‘liberation'), which acts as its mouthpiece.

The Belfast-based New IRA — with members across the UK and Ireland — is now seen as the most dangerous dissident republican faction. The group's strongholds are in Catholic-majority western parts of the province, such as Derry, Strabane and Country Tyrone.

British security forces and police in Northern Ireland say its membership may amount to a few hundred core members, but stress it is limited. 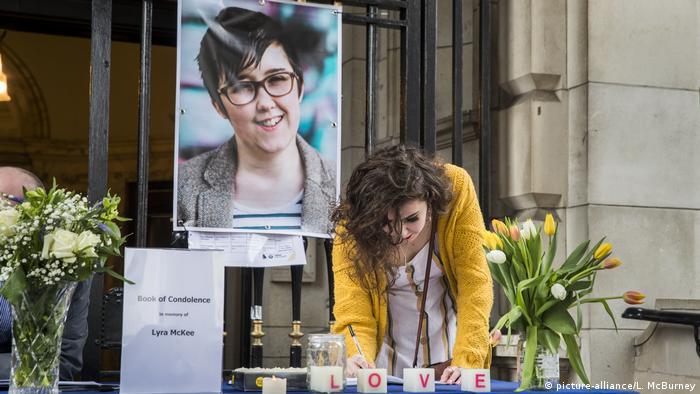 It's thought that the group includes members old enough to have been involved in the Provisional IRA during the Troubles, as well as inexperienced younger members born since the 1998 Good Friday Agreement.

After McKee's death, the Police Service of Northern Ireland referred to "a new breed of terrorists coming through the ranks."

The group has been linked to:

Why the New IRA?

Reference to the "New IRA" was initially made by the media after the group emerged in 2012 — a merger of the "Real IRA" and smaller republican groups that rejected the 1998 Good Friday Agreement. The group is believed to refer to itself simply as the Irish Republican Army.

It was the Real IRA — without doubt the New IRA's highest profile parent entity — that carried out the Omagh bombing in August 1998, killing 29 people. Although it took place months after the signing of the peace accord, the Omagh bombing was the single deadliest attack of Northern Ireland's Troubles.

The Real IRA was warned to disband by the Provisional IRA, from which it had formed as a splinter group after the Good Friday Agreeement. After a ceasefire, the Real IRA re-emerged.

Another contributor to the New IRA's makeup was the vigilante organization Republican Action Against Drugs. The group, mainly active in the Derry area of Northern Ireland, was primarily dedicated to carrying out punishment shootings against drug dealers. However, it also had strong attachments to the old Provisional IRA.

The Omagh atrocity caused shock across the community divide, most — both Catholic and Protestant — eager to embrace the blossoming peace. The Real IRA was an object of derision, and never really recovered from the legacy of the Omagh bombing . 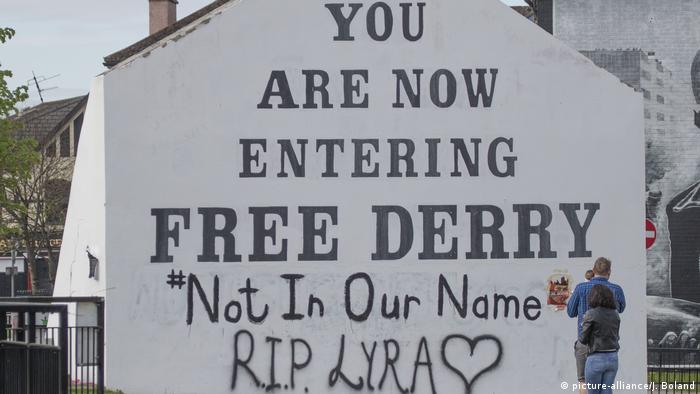 McKee's death was remembered in graffiti at Free Derry Corner

With the killing of Lyra McKee, and the nationalist community's rapid rejection of its apology for her death, the New IRA could be set on a similar path.

The group was condemned over McKee's death by Sinn Fein — a party which, during the Troubles, was regarded as the Provisional IRA's political wing. It was dismissed as a "tiny group of reckless people who represent nothing and nobody," by Sinn Fein leader Mary Lou McDonald.

Graffiti in nationalist areas of Derry in the wake of McKee's killing also showed a real rejection of the militants by the wider community.

"Not in Our Name. RIP Lyra," read a message at Free Derry Corner, a focal point for nationalist sentiment in Northern Ireland's second city. Elsewhere, paint daubed over grafitti supporting the militant dissidents lampooned them as being "done" and "defeated."

Police said they had arrested the 57-year-old woman under the Terrorism Act. The arrest came hours after the New IRA admitted responsibility for the killing journalist Lyra McKee. (23.04.2019)

A group branding itself the "IRA" has claimed credit for a bombing earlier this month in the Northern Irish city of Derry. Brexit and the return of a hard border have sparked concerns the Irish conflict could rekindle. (29.01.2019)

"Soldier F" is to be charged over one of the most notorious cases from the Troubles: the killings of 13 unarmed Catholic demonstrators in Londonderry. There was insufficient evidence to charge a further 16 soldiers. (14.03.2019)

Police in Northern Ireland arrested two men after a car bomb was detonated in the town of Londonderry. Two other men were arrested on Sunday. Investigators believe the attack was linked with New IRA militants. (20.01.2019)

21 years after the Good Friday agreement, journalist Lyra McKee's death in a riot has brought Londonderry's tortured past back to the fore as Brexit woes threaten to unravel a fragile border peace. (19.04.2019)

A journalist has been killed in Derry/Londonderry during violent demonstrations in an Irish nationalist part of the city. Police are treating the murder as a "terrorist incident." (19.04.2019)

Police have made four new arrests over the killing of Lyra McKee, the reporter and LGBTQ advocate who was shot as pro-Ireland republicans clashed with police in 2019.