Britain’s shock decision to leave the EU has raised questions about the future of the United Kingdom. Peter Geoghegan examines what it could mean for Northern Ireland and its future status. 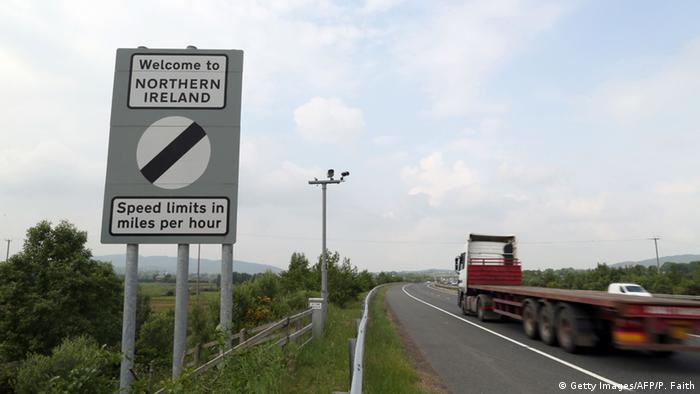 Just like Scotland, Northern Ireland voted to remain in the EU. Eleven of the country's 18 constituencies wanted to stay, including all the border regions. The status of the border with the Republic of Ireland has become a major issue, leading to calls for a fresh referendum and fears about the economy and stability in the region.

In the immediate aftermath of Thursday's vote, Irish republicans Sinn Fein called for a referendum on a united Ireland. Martin McGuinness, deputy first minister in the devolved parliament in Belfast, said it was unacceptable that the people of Northern Ireland were being dragged out of the EU against their wishes.

However Theresa Villiers, the Northern Ireland secretary and a supporter of leaving the EU, rejected calls for a referendum on the region's position inside the UK after Brexit.

Under rules set down by the 1998 Good Friday peace deal that ended the 30-year conflict, there cannot be a poll on Irish unity unless the majority of political representatives of both nationalist and unionist communities in Northern Ireland demand it. Irish prime minister Enda Kenny also dismissed calls for a so-called border poll.

The possibility of border controls, however, has emerged as a serious concern for many on both sides of the circuitous, 300-mile boundary between the Irish Republic and Northern Ireland.

This border is largely invisible, recognizably only the different font on road signs and the mobile phone tariffs. People pass over and back at will, without any checks. But that could be about to change.

Given that the successful leave campaign made border controls a central plank of its argument some form of border control is inevitable, says Eastwood. "They are going to want to control their borders. That is the basis on which the referendum was held. This means you need a border in Ireland," he told DW. 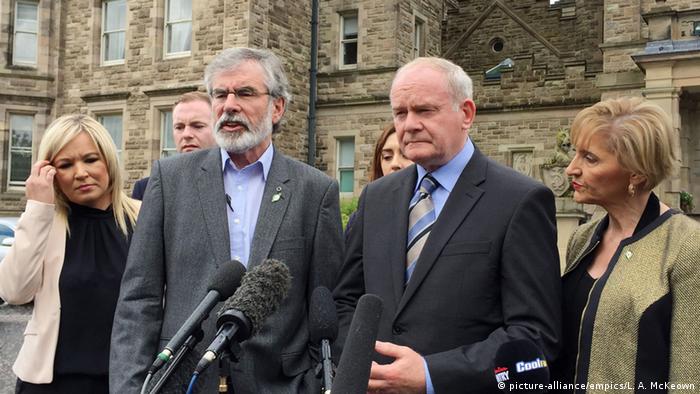 Eastwood, like many, believes that the most likely outcome is not a border between the Irish Republic and Northern Ireland, but the introduction of controls between Northern Ireland and mainland Britain at ports and airports.

"It is not clear whether there would be a border between the Republic of Ireland and Northern Ireland or some other solution," says Michael Keating, professor of politics at Edinburgh University. "People in London might have thought a little about Scotland but they haven't thought at all about Northern Ireland," he told DW.

Brexit and the peace process

Concerns have been raised too about the effect that Brexit could have on the peace process. In the run-up to the vote, Hugh Orde, former chief constable of the Police Service of Northern Ireland, warned that leaving the EU would embolden Irish republicans opposed to the peace process.

The SDLP's Colum Eastwood believes that Brexit in itself will not undermine the peace, but "it could have a serious impact on the economy and that could in turn have an impact on the peace process." 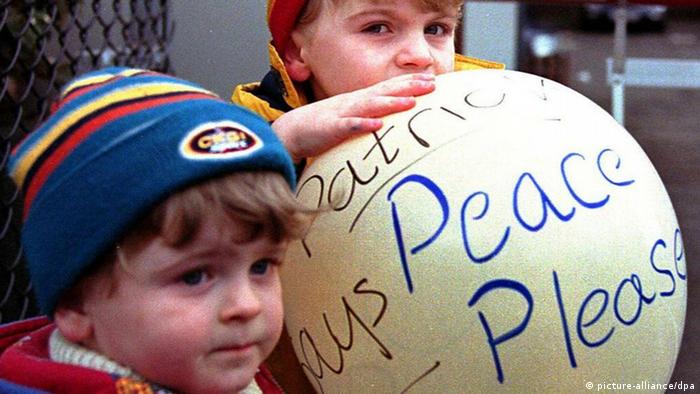 Northern Ireland receives substantial grants from the EU, including fund for peace-related projects. Two of the three bridges that span the River Foyle in Derry were built in part with European funds. Almost 90 percent of Northern Irish farmers' income comes from Europe.

The European Union played an important role in mediating between British and Irish interests in Northern Ireland. Duncan Morrow, director of community engagement at the University of Ulster, says that Brexit has "terminally damaged" the diplomatic structure underpinning Northern Ireland.

"For most of the UK, the EU was represented as a meddling bureaucracy, for us it was a diplomatic infrastructure. Taking that away is seismic for us, it takes away the fundamental underpinning of what we have," Morrow told DW.

Brexit and its aftermath has also created unique political problems in Northern Ireland. Although a majority voted to remain, the Democratic Unionist Party, the largest party in the devolved government, supported leave. Their coalition partners, Sinn Fein, are still widely distrusted by many given their associations with the Irish Republican Army.

"There is nobody articulating the view of the 56 percent (that voted to remain)," says Morrow. "The first minister sees herself as the leader of the leave campaign and the deputy first minister won't engage with British politics. It is incredibly difficult when neither party in government is willing to speak up for the majority."

One possibility is that the overwhelmingly pro-EU Irish government will increasingly articulate the views of the nationalists and liberal unionists in Northern Ireland that want to remain. A growing role for Dublin in Northern Irish affairs could change the political dynamic, possibly leading to greater cross-border co-operation.

Writing over the weekend, Richard Haass, president of the Council on Foreign Relations in Washington, said that in the wake of Brext "quite possibly all or part of Northern Ireland will join Ireland." Haass is no stranger to Northern Ireland. Less than three years ago, the diplomat led peace talks in Belfast.

A referendum on Irish unification is unlikely in the short term. But the future of Northern Ireland is far more uncertain now than it has been for many years.