North West Frontier Province′s renaming: Not the end of a struggle | Asia | An in-depth look at news from across the continent | DW | 21.04.2010

North West Frontier Province's renaming: Not the end of a struggle

Pakistan's 18th constitutional amendment bill was passed into law by President Zardari earlier this week. The law strips the presidency of key powers, but it also changes the name of NWFP to "Khyber-Pakhtunkhwa". 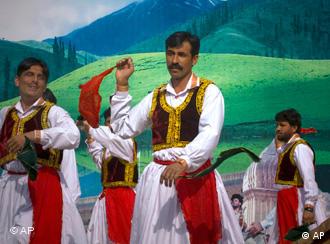 "Pakhtun" and "Pashtun" refer to the same ethnic group; these are just two pronunciation variants of the language Pashto - which is also called "Pakhto". Most of Pakistan's Pashto speakers live in the Federally Administered Tribal Areas or FATA, in Khyber-Pakhtunkhwa and in Balochistan. 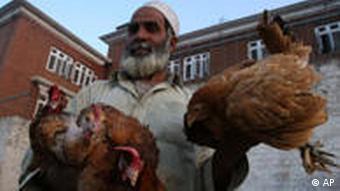 There are two large Pashtun nationalist parties in Pakistan: The ANP, which has most of its supporters in Khyber-Pakhtunkhwa and the Pakhtunkhwa Milli Awami Party, or PMAP, which is mainly based in Balochistan. Both parties say that the latest renaming is not the end of their struggle. They are also demanding autonomy from Islamabad in all affairs except foreign, defense and currency.

"There was a united Land of Pashtuns which was divided by the British in the 19th century," explains PMAP leader and member of Pakistan's Senate Abdul Rahim Mandokhail.

"Now we want to unite the Pashtun areas of Balochistan with the NWFP and the tribal areas once again. We demand that the new large province should then be called Pakhtunkhwa. If this demand is not acceptable then there should be two Pashtun Provinces: South Pakhtunkhwa in Balochistan and North Pakhtunkhwa in NWFP and FATA." 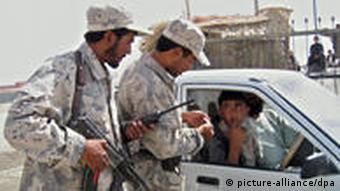 The FATA are considered a haven for militant Islamists and the location of training sites for international terrorist organizations like Al-Qaida. Hashem Babar of the ANP says that full democracy is the only solution in these Pashtun-dominated areas:

"We demand that the FATA should become a normal part of Pakistan, as the other provinces. The people there should also get basic human rights, courts and other basic facilities. Political parties should be allowed to work in these areas. Bringing democracy there will also solve the problem of terrorism and extremism." 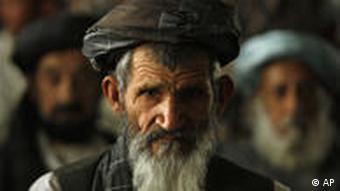 The Pashtuns are the largest ethnic community in Afghanistan

The Pashtuns of Afghanistan, who are the largest ethnic community in their country, have another vision of Pakhtunkhwa. Afghan writer Nangilai Bazarkai says that the border between Afghanistan and Pakistan, the so-called Durand Line, was never accepted by the Afghan people or any Afghan ruler.

"The Durand Line was imposed on Afghans and divided them into two parts. Afghans have never accepted this unnatural line which has separated families. Pashtuns were never happy with this."

According to Hashem Babar, Pashtuns on the Pakistani side don't accept the Durand Line either. But they have a more realistic solution for that problem, he says:

But as non-Pashtuns on both sides of the Durand Line are skeptical and the region is facing a host of other problems, the new province of Khyber-Pakhtunkhwa is probably all that Pashtuns will get for now.

If passed, the reforms proposed on Friday will strip the presidency of significant powers. The bill enjoys cross-party support in parliament. (02.04.2010)

Pakistan's complicated relationship with Islamic militant groups, its internal and external strategic aims and its need for Western aid and support is hindering progress in the fight against the Taliban in Afghanistan. (26.01.2010)

With almost daily attacks against government targets, Islamic violence in Pakistan has reached a new quality. The brazen assaults signal that even the country's highly guarded nuclear arms may not be safe anymore. (16.10.2009)