Landmark constitutional amendment tabled in Pakistan’s parliament | Asia | An in-depth look at news from across the continent | DW | 02.04.2010

If passed, the reforms proposed on Friday will strip the presidency of significant powers. The bill enjoys cross-party support in parliament. 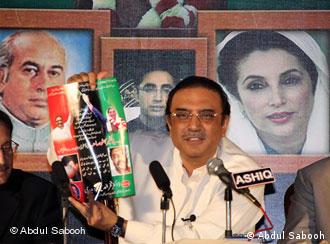 The "18th Amendment Bill" has been drawn up to reverse the concentration of power that accumulated in the hands of the president under former military ruler Pervez Musharraf.

If, as is widely expected, the bill is passed, the president will no longer be able to dissolve parliament or appoint the head of the army. Instead, the prime minister will have the final say on these two issues.

The authority to appoint senior judges, which had been abused by Musharraf to influence the judiciary, will shift to a commission.

Restrictions that limit the prime minister to two terms will also be removed, further strengthening the head of government. With this change, the popular former premier, Nawaz Sharif, who was 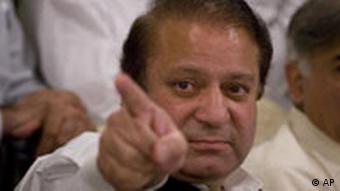 deposed by Musharraf in 1999, could once again see himself becoming head the government.

The parliamentary committee that presented the bill on Friday had been working on it since 2008. It studied hundreds of proposals before finalizing its draft, which is backed by all major parties.

The amendment is therefore all but certain to be accepted with the necessary majority in both houses.

Throughout Pakistan's history, its political system has often been paralyzed by power struggles between the president, the prime minister, the army chief and the chief justice.

It remains to be seen if this latest clarification of jurisdictions will finally provide the stability Pakistan badly needs to address the many crises it faces.

Zardari will be the biggest loser

President Asif Ali Zardari, who stands to lose most once the reform is implemented, has not commented on the proposals yet. He is due to address parliament on Monday. Observers agree that even as a figurehead president, Zardari would continue to play an important role in the future as head of the governing Pakistan People’s Party.

Although Zardari has continuously pledged to give power back to parliament since his party won the 2008 elections, he has been reluctant to weaken his own position. He only agreed to the reform package because pressure on him increased from all sides, analysts say. 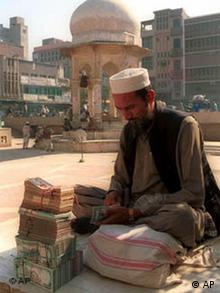 NWFP will be called "Khyber-Pakhtunkhwa"

Another widely-welcomed aspect of the reforms is the renaming of the insurgency-troubled "North-West Frontier Province" (a name dating back to the colonial era) as "Khyber-Pakhtunkhwa" in recognition of the majority Pashtun population.

However, the package stops short of reforming the status of the federally-administered tribal areas along the border with Afghanistan.

The lack of constitutional rights there is widely regarded to have created the political vacuum that the Taliban have exploited to run a parallel administration in large areas.

The UN's former envoy to Afghanistan Kai Eide has said that the recent arrests of senior Taliban figures in Pakistan have undermined efforts to hold talks with the militants. (19.03.2010)