North Macedonia's prime minister wants new elections after the EU passed on beginning membership talks. Now, the citizens should decide what's next for the Balkan state, he says. 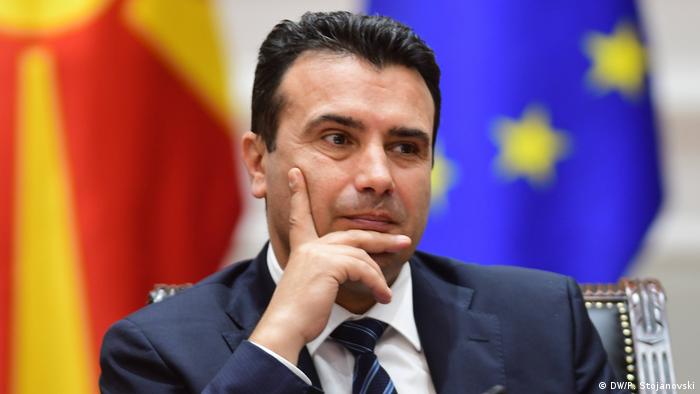 The prime minister of North Macedonia, Zoran Zaev, called for early elections in a televised address on Saturday.

The move is a reaction to an EU decision taken Friday not to begin formal talks with North Macedonia that would allow the state to join the bloc. This had been one of the key goals of Zaev's administration.

"This is what I'm proposing: organizing quick snap elections where you, citizens, will make a decision for the road we are going to take," he said in the address.

At a summit in Brussels on Friday, EU leaders failed to reach an agreement that would allow formal accession talks with the Balkan states of North Macedonia and Albania to start.

The decision to begin talks had widespread support among the bloc's member states, but key opponent France, with support from the Netherlands and Denmark, blocked the move.

French President Emmanuel Macron says the accession process itself must first be reformed.

European Council President Donald Tusk called Friday's decision a "mistake" and urged the states not to give up.

Zaev echoed Tusk's sentiments on Saturday, saying, "We are victims of the EU's historic mistake."

North Macedonia has made concerted efforts in recent years to meet the requirements for EU membership. This included fighting widespread corruption at home and changing its name, formerly "Macedonia," to end a conflict with Greece.

Zaev, a social democrat, came to power in 2017 on a platform of EU accession. He will meet with the country's president and other political leaders on Sunday to discuss how to proceed.