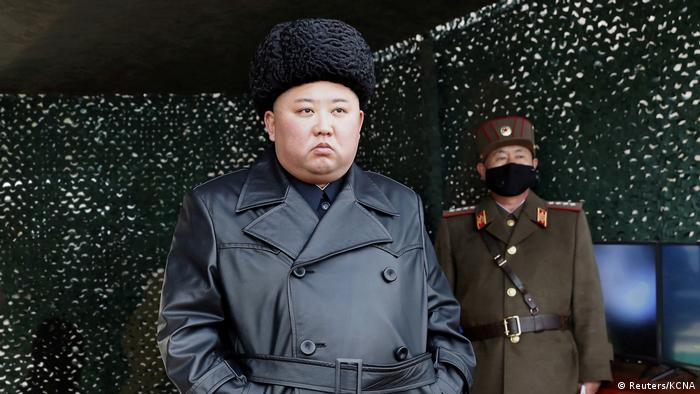 Utter silence from the authorities in Pyongyang is fueling speculation surrounding the well-being of Kim Jong Un, the North Korean dictator.

Media reports citing sources in the intelligence and defector communities have suggested that the 37-year-old Kim has undergone heart surgery and is in "critical" condition, although the government in South Korea has been quick to play down the claims by pointing out that life appears to be continuing normal in the North.

Yet the failure of the regime in Pyongyang to dismiss the reports as groundless rumor — as they typically tend to do when the rule of the supreme leader is in question — is stoking the uncertainty.

The first report that Kim was being treated for a heart complaint came on Monday, when the Seoul-based online media NK News reported that Kim had been admitted to the Hyangsan Medical Center, a state-of-the-art hospital set aside for members of the ruling Kim clan in North Pyongan province. Citing a source within the North, NK News — which is largely operated by defectors from the North — said Kim is now convalescing at a nearby villa.

The reports indicated that Kim was responding well to the treatment but was still being monitored by medical staff.

That claim was contradicted the next morning by CNN, which claimed that US intelligence had obtained information that Kim was critically ill. "I am a bit skeptical about all the reports and there are some parts that do not add up," said Rah Jong-yil, a former head of the South Korean intelligence department charged with monitoring North Korea.

For Rah, there are questions about why Kim was not treated in Pyongyang and the original source of the reports, although he admits the regime's silence is puzzling.

"It is strange that when CNN reported this news and it became a global story, North Korea did not immediately repudiate or deny the claims," he told DW. "In the past, the North has reacted very quickly when there have been reports about the leadership. That they are completely silent is unusual."

The suggestion that Kim has undergone a significant medical procedure appears to be accurate, and it is not a surprise given the history of poor health that dogs him personally and his family more generally.

A heavy smoker — he is often pictured with a cigarette between his fingers — and visibly overweight, it was reported as early as 2009 that Kim is a diabetic and suffers from hypertension. He failed to attend a series of public events over a period of six weeks from October 2014 and was using a walking stick when he eventually reappeared.

Kim Il Sung, the founder of the North Korean state and Kim Jong Un's grandfather, died in 1994 of a heart attack. His own father — Kim Jong Il — also died of a heart attack in 2011, his physical condition apparently worsened by high blood pressure, diabetes and hypertension. 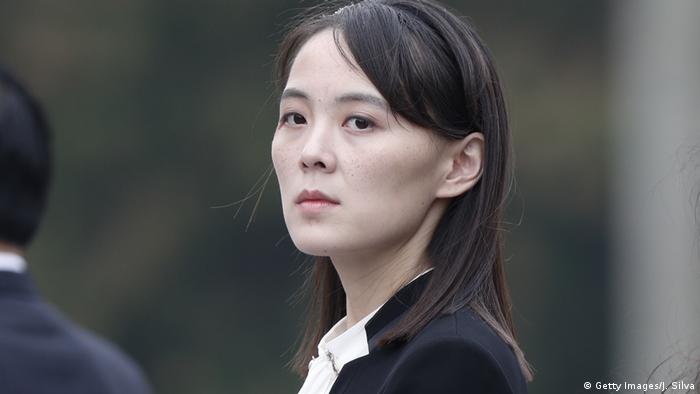 Kim recently elevated his younger sister, Kim Yo Jong, to a position in the politburo and she was already seen as her brother's chief of staff and closest confidant

South Korean intelligence was sufficiently concerned about Kim's health — and the implications for regional instability if he should die — that it developed a sophisticated video analysis program that uses still and video images to create a three-dimensional image of an individual and monitor changes in their physique. Kim is believed to weigh at least 130 kilograms.

With questions over Kim's health going unanswered, it is inevitable that speculation has turned to who might replace him should he be incapacitated for a long period of time or die. Kim is understood to have at least two children, but they are too young to rule, while his own older brother, Kim Jong Chul, has no interest in politics and has earned a reputation for being a playboy in Pyongyang. He has also been spotted attending concerts by Eric Clapton in London and Singapore.

Kim recently elevated his younger sister, Kim Yo Jong, to a position in the politburo and she was already seen as her brother's chief of staff and closest confidant, but her inexperience and age — she is just 31 — would count against her, as would her gender.

"She is important in the regime and she has the all-important Kim family bloodline, but Kim Jo Yong cannot be her brother's successor simply because she is a woman," said Toshimitsu Shigemura, a professor at Tokyo's Waseda University and the author of a number of books on the Kim dynasty.

One leading candidate would be Kim Pyong Il, Kim's uncle and the half-brother of Kim Jong Il, who was earlier this year summoned to return to Pyongyang after serving as ambassador to a number of North Korean diplomatic missions in Europe since 1979.

Another potential leader with the requisite bloodline is Chong Chang Hyon, who was the illegitimate son of Kim Il Sung by one of his nurses, although Shigemura adds that more "secret" offspring of Kim Jong Un's grandfather and father may well emerge and attempt to lay claim to the only communist dynasty in history.

If Kim is replaced, Shigemura anticipates no change in direction for the regime. "The most important task of the regime is to protect itself and promote its own legitimacy so that it can be handed on to the next leader," he said. "Whoever comes in will have no intention of reforming or altering direction."

The health situation of young mothers and infants in the isolated country is far worse than is officially reported, reveals a recent report, which is based on testimonies from North Korean defectors. (20.12.2019)

As the coronavirus crisis rages worldwide, North Korea’s regime has reported zero cases, and instead is forging ahead with rocket launches. What is happening behind the borders? (07.04.2020)

The UN Secretary General said he was "deeply concerned" to hear North Korea is developing a "strategic weapon." But US President Trump was confident that Kim Jong Un is a "man of his word" on denuclearization. (02.01.2020)