North Korea's leader missed celebrations on the country's most important holiday, prompting media speculation. Several outlets have been reporting he may be in critical condition following heart surgery. 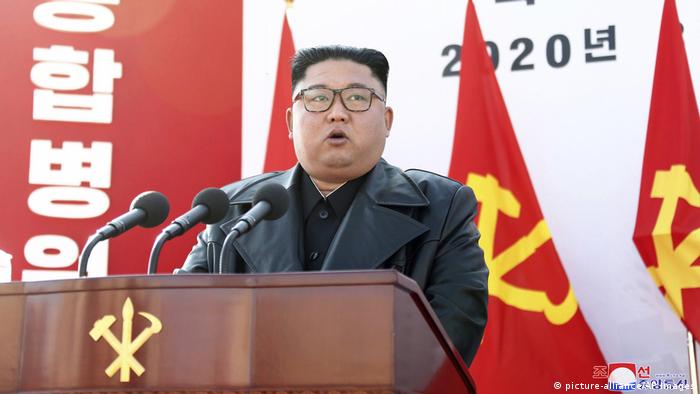 South Korean online newspaper Daily NK on Tuesday cited one source in North Korea, who claimed that Kim Jong Un – who is thought to be in his mid-30s – was undergoing treatment after a reported cardiovascular system procedure on April 12. Daily NK specializes in news from North Korea.

Speculation started when Kim did not make an appearance at the celebration of his late grandfather and state founder Kim Il Sung's birthday celebration on April 15, although it is the secretive east Asian country's most important holiday. Kim's last public appearance was at a meeting of the ruling Workers' Party on April 11.

South Korea's presidential office on Tuesday issued a statement saying there was "no unusual activity" to be detected in North Korea, after reports that Kim Jong Un was in a fragile condition after heart surgery.

"We have no information to confirm rumors about Chairman Kim Jong Un's health issues that have been reported by some media outlets," said South Korea's presidential Blue House.

US news network CNN reported on Monday that Kim is "in grave danger after a surgery,"citing a US official and a second "source familiar with the intelligence."

Another US official then told the network that the concerns about Kim's health were "credible but the severity is hard to assess."

North Korea exerts strict control over information about its ruling elite, which has little contact with international institutions.

Media interest is often stoked by the notable absence of the country's leading figures from key events. In 2014, Kim disappeared for nearly six weeks before reappearing with a cane. South Korea's spy agency later said he had a cyst removed from his ankle.