North Korean defectors struggle adapting to life in the South | Asia | An in-depth look at news from across the continent | DW | 24.10.2021 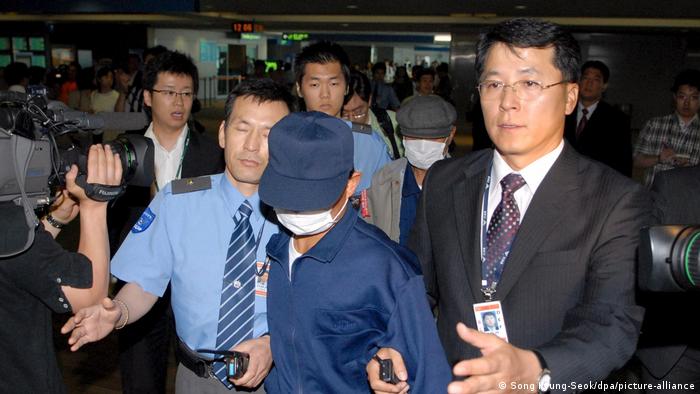 More than 30,000 North Koreans have defected to the South since the famine in the 1990s, according to South Korea's Unification Ministry. The number of North Korean defectors dropped from more than 1,000 in 2019 to 229 last year, after the North brought in strict border controls to prevent spread of the coronavirus.

Some North Koreans who successfully circumvent the tightened restrictions at the border will go on to face prejudice in the South.

A study released in February by the Korea Hana Foundation (KHF), a state-run organization that assists North Korean defectors with settling in the South, found that 17% of the 3,000 individuals polled said they had experienced discrimination over the previous 12 months.

Though that was down from the previous year, it pointed to prejudice in South Korean society against defectors from the North as ongoing.

According to the report, defectors encounter barriers to education, accommodation and employment opportunities.

Defector Yeong-nam Eom, who escaped North Korea in 2010 and is affiliated with Seoul-based nonprofit Freedom Speakers International (FSI), said he experienced discrimination when applying for jobs, similar to encounters described in the report.

"At first, I sent out my resume more than 100 times with all my background," he said, "including my education and work experience in North Korea."

"But not one company invited me to an interview," he said. "So then I only put my experiences in South Korea on my resume and I quickly started getting calls from companies." 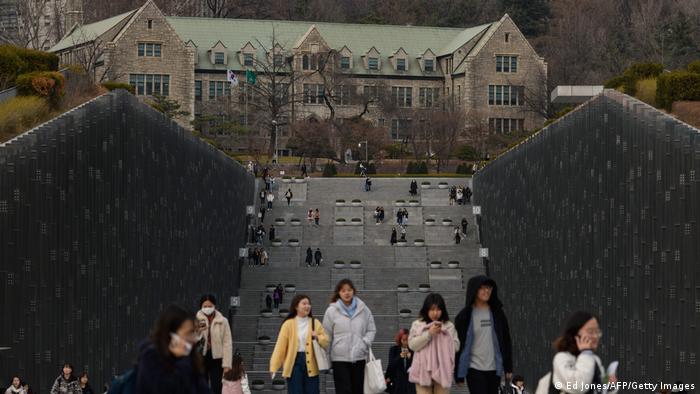 Some defectors say they experience bullying at university; others report more positive experiences

He also reported that other defectors struggled with adapting to their new life. One young man told him that he experienced severe depression after feeling excluded from South Korean society while knowing that a return to the North was impossible.

"He was not sure of his identity anymore," Eom said. "He did not feel as if he belonged anywhere, and he became more and more depressed until he came very close to committing suicide. He did not go through with it in the end, but he struggled to find his own future in South Korea for a long time."

Another defector told Eom that he was badly bullied after disclosing to his new university classmates that he was originally from the North.

How do North Koreans experience discrimination?

The vast majority of those reporting experiences of prejudice in the KHF study said it was because of cultural differences between the two nations, such as accent, manner of speaking, societal manners or lifestyles.

Forty-four percent of those taking part in the annual study said they were treated differently because they were from the North. Nearly 23% said they were criticized for not having the same level of education or work skills as their South Korean counterparts.

As well as struggling with different variations of their shared Korean language, few defectors can speak English, as the regime in the North does not encourage its people to look beyond their borders, said Eun-koo Lee, co-founder and co-president of FSI.

"It can be very difficult for defectors to find a job in South Korea for many reasons, but one big issue is that they have not had the chance to learn English and are often confused with 'Konglish' — a combination of Korean and English — that many people in the South tend to use," she said.

Song Young-Chae, an academic and activist with the Worldwide Coalition to Stop Genocide in North Korea, said many of the defectors his organization helps to adjust into a new life in the South have a crisis of identity.

"When they were in the North, these people never thought for themselves and simply did as the state ordered them to do," Song said.

"Now they are free and they have choices, they can travel, they can speak freely," he added. "It's all very confusing for many of them."

He added that some defectors found integration difficult after becoming disillusioned by the politics of their new country. They reported feeling frustrated by an apparent lack of solidarity between the South's lawmakers and citizens who were not taking a stand against human rights abuses in the North in the way they had expected.

How can North-South integration be improved?

Jung In-sung, the president of the Korea Hana Foundation, said in a recent interview with South Korean news agency Yonhap that the people of the South should do more to welcome defectors and accept them as "ordinary neighbors" without prejudice.

Jung told the news agency that support has previously tended to focus on efforts to help defectors achieve "economic self-reliance," but that needs to be expanded so that newcomers can "be completely included and united in our society."

Education is one area where South Korea is tackling this. "Defectors are given a place if they want to go to university after arriving in the South, but many find it difficult to catch up because it is very different to what they studied in the North," the FSI's Lee said.

The nonprofit has to date assisted more than 450 defectors to improve their English skills and find work.

Experts say that the timing of the latest launch is important. But they are unsure if more sanctions are the key to successfully restraining North Korea's aggression.

North Korea escapee Hiroko Saito says she and 97,000 others were deceived into relocating to the North in the 1960s with promises of "paradise on Earth." Instead, she suffered starvation, repression and loss.