North Korea wants to be in next two Olympics, says IOC chief

North Korea wants to send teams to the next two Olympic Games in Japan and China, says IOC chief Thomas Bach. This comes after the North's participation in the Pyeongchang Games helped ease tensions with the South. 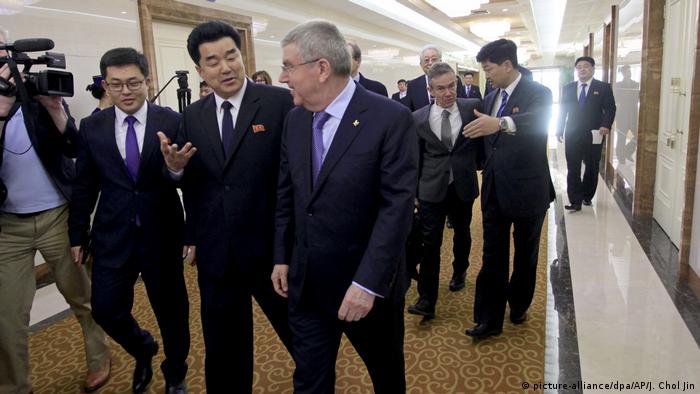 North Korean leader Kim Jong Un has said his country will take part in the 2020 Summer Games in Tokyo and the 2022 Winter Games in Beijing, International Olympic Committee (IOC) President Thomas Bach said on Saturday after returning from a visit to Pyongyang.

"The commitment was fully supported by the supreme leader of the DPRK in a very open and fruitful discussion I had with him yesterday," Bach told reporters, using North Korea's formal name, the Democratic People's Republic of Korea.

Bach's visit to the North came amid a growing surprise rapprochement between the two Koreas after last month's Winter Games in the South, which saw competitors from both countries marching together at the opening ceremony and fielding a joint women's ice hockey team. 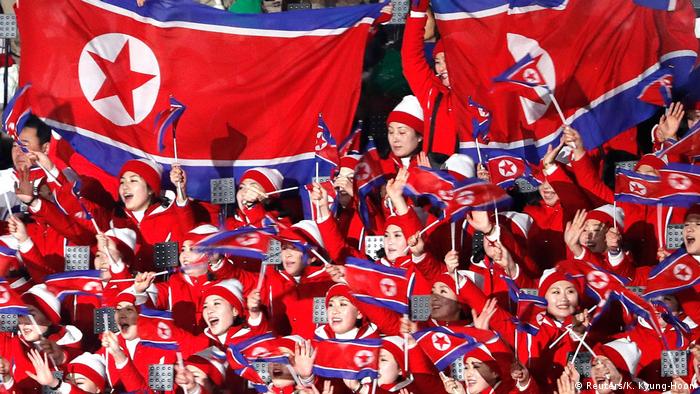 North Korea's participation in Pyeongyang could mark a turning point

Bach, who also attended a women's football match with the North Korean leader, said that the IOC would propose a "potential joint march" of the two Koreas and other shared activities at the Tokyo Games.

North Korea's official KCNA news agency said Kim had thanked Bach for his "special attention" to the North Korean athletes in Pyeongchang and for the IOC's contribution to a "dramatic thawing season" on the Korean peninsula.

That thaw is to see a summit between Kim and South Korean President Moon Jae-in in late April, followed by one with US President Donald Trump planned for May.

Read more: Is a Trump-Kim meeting a recipe for disaster? Or so crazy it just might work?

Relations between communist North Korea and most of the rest of the world — particularly South Korea and the US — have been fraught in recent years, largely owing to Pyongyang's nuclear weapons program.

In another sign of easing tensions, Kim reportedly pledged his commitment to denuclearization during a trip to China earlier this week.