The North Korean regime would be "utterly destroyed" if it came to war, Haley told the council while demanding that China cut off oil deliveries to Pyongyang.

Haley said Trump had called Chinese President Xi Jinping and urged him to take "a pivotal step" by cutting oil, warning that, if not, the US could take the oil situation "into our own hands."

"If war comes, make no mistake: The North Korean regime will be utterly destroyed," said Haley, adding that it was a conflict the US was not seeking.

Digressing during a speech while visiting the US state of Missouri Wednesday, Trump described North Korea's Kim as a "sick puppy,"  adding to a series of rhetoric barbs between both of recent months.

At the council's meeting, Chinese and Russian ambassadors reiterated their proposal that North Korea suspend all nuclear and missile tests while the United States and South Korea suspend military exercises, including one due in December.

"Our attitude is negative. We have said more than once that the sanctions pressure has in fact exhausted itself," he said. "It seems, they have done everything on purpose, to make North Korean leader Kim Jong Un lose control and make another desperate move." South Korean President Moon Jae-in said Seoul's fear was that the US might attack the North before it masters a nuclear-tipped rocket.

Seoul, with a population of 10 million, lies only about 50 kilometers (30 miles) from the inner-Korean demarcation line – well within range of Pyongyang's artillery.

Biting sanctions imposed by the UN on Pyongyang so far this year include a ban on North Korea exports of coal, iron, lead, textiles and seafood and a blacklisting of North Korea entities and officials.

Wednesday's firing of what North Korea called an intercontinental Hwasong-15 rocket, capable of carrying a nuclear warhead, broke a two-month lull in launches.

State media said it splashed down 950 kilometers (590 miles) from its launch site, landing, according to Tokyo, in its economic zone in the Sea of Japan.

David Wright, a US physicist who tracks North Korea's missile and nuclear programs said: "such a missile would have more than enough range to reach Washington, DC." 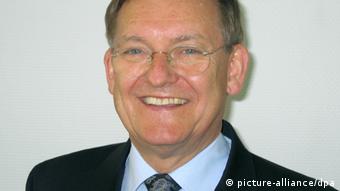 North Korea, because of its isolation, had no distant maritime teams to recover payloads, should they survive atmospheric re-entry, needed in a long series of test launches to prove capability, Schmucker said.

"Therefore, I say, much, much more has to be done before it [North Korea] one day represents a serious threat," he said.