A confidential memo has revealed Pyongyang flouted UN sanctions on exports of a wide range of goods. Germany has alleged that North Korea is using its Berlin embassy to buy equipment for its weapons program. 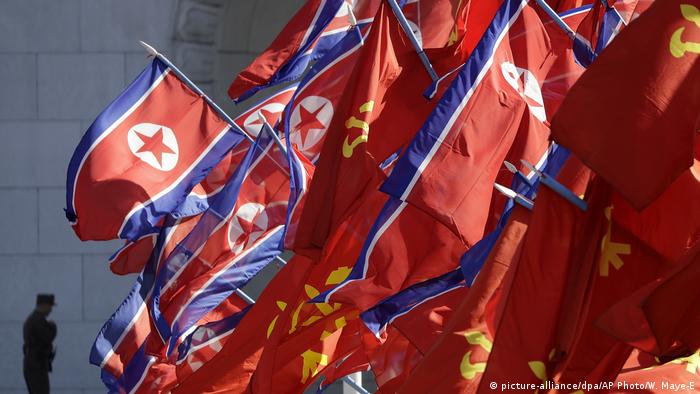 North Korea earned nearly $200 million (€160 million) in 2017 by exporting a wide range of banned goods in violation of international sanctions, according to details of a confidential United Nations report seen Friday.

Pyongyang was able to sell coal, steel, iron and petroleum products between January and September to multiple countries, monitors said, despite UN sanctions barring their export.

North Korea has been developing nuclear weapons and sophisticated long-range missiles. Multiple sanctions dating back to 2006 have tried to choke off funding for the nuclear and missile programs.

The 213-page report — seen by multiple news agencies — said North Korea used false paperwork to hide the origin of the coal it shipped to other countries, including Russia, China, South Korea, Malaysia and Vietnam.

The report said there was not enough "political will" and coordination to ensure sanctions were fully working.

Pyongyang also appeared to have cooperated with Syria and Myanmar in ballistic missile development, according to monitors.

The Syrian government allegedly used chemical weapons against civilians in 2013 and agreed to destroy its stockpile later that year.

Hans-Georg Maassen, the head of Berlin's intelligence agency, claimed on Saturday that the North Korean regime had used its Berlin embassy to receive equipment intended for its ballistic missile and nuclear programs.

"We have seen that procurement activities took place from there, from our point of view with a view to the missile program and in part also the nuclear program," Maassen told German broadcaster NDR, as part of a documentary due to air next week.

"If we see such things, we prevent them," he added, but admitted that it wasn't always possible to distinguish between goods intended for civilian or military purposes.