Pyongyang on Friday declared a "a quasi-state of war in frontline areas." Tensions remain high on the heavily armed border. 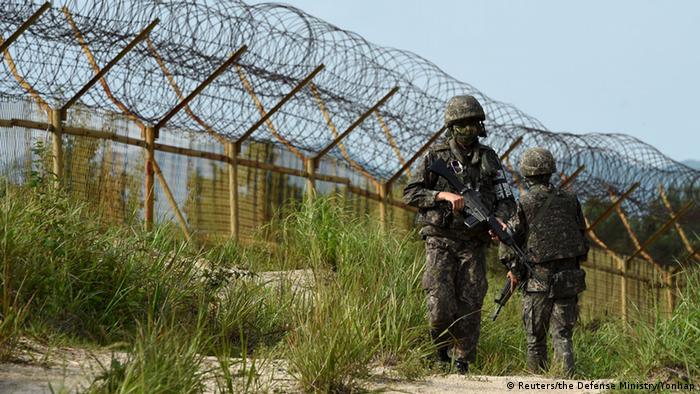 Pyongyang had threatened to take further action unless Seoul ended its loudspeaker broadcasts.

The public announcements had been causing tense relations between the North and the South.

After a lull of 11 years, South Korea had started broadcasting anti-Pyongyang propaganda into North Korea.

North Korea has declared states of war in the past; however, its official Central News Agency reported that leader Kim Jong Un had convened an emergency meeting of the central military commission of its ruling party and ordered "troops to be fully ready for any military operations at any time from 5 p.m. Friday."

Officials in Seoul said the North fired across the Demilitarized Zone to back up an earlier threat to attack the South Korean border.

The Supreme Headquarters of the Korean People's Army, however, issued a statement late Thursday denying it had launched any shots at the South.

"Using the pretext that our forces fired one shell to the south, which is not true, it made reckless moves by firing 36 shells at our military posts," said the statement, published in Korean by the North's state media.

The Koreas' mine-strewn border is a legacy of the 1950-53 Korean War, which ended with an armistice and not a peace treaty, technically leaving the two nations still in a state of war.

North Korea has condemned the military exercises as "little short of a declaration of a war." The computer-simulated program also involves 50,000 Korean troops and the 28,500 US soldiers based in South Korea. (17.08.2015)