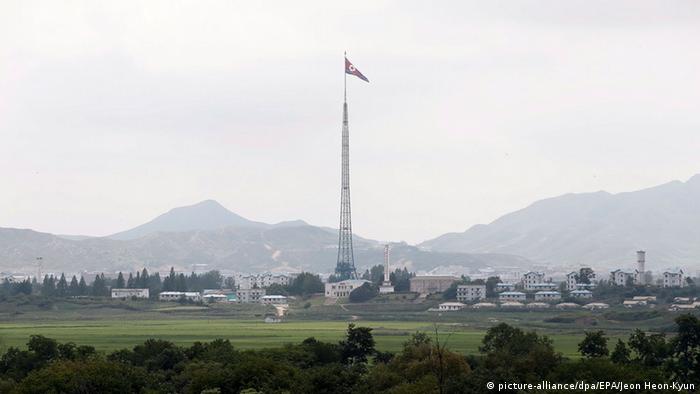 South Korea's defense ministry said Thursday that its rival North Korea had launched a shell at a border town and it had retaliated.

"Our side staged a counter-attack with dozens of 155mm shells," a South Korea ministry spokesman told the AFP news agency.

The suspected North Korean projectile landed in an area about 60 km (35 miles) north of Seoul on the western part of the border zone, the defense ministry said. South Korean residents in the area were ordered to evacuate, according to the South Korea's Yonhap News Agency.

But on Thursday North Korea sent a letter to Seoul saying it is "willing to offer an exit to settle the current situation and improve the relations," according to Reuters news agency which quotes South Korea's Unification Ministry.

Seoul had recently started the broadcasts recently in response to what it said were North Korean-laid land mines that maimed two of its soldiers.

"Our military has stepped up monitoring and is closely watching North Korean military movements," South Korea's defense ministry said in a statement.

The cross border shelling comes at a time of rising tensions as the US and South Korea are conducting joint military exercises this week.

North Korea considers the maneuvers a rehearsal for an invasion and had previously warned of attacks if the exercises continued.